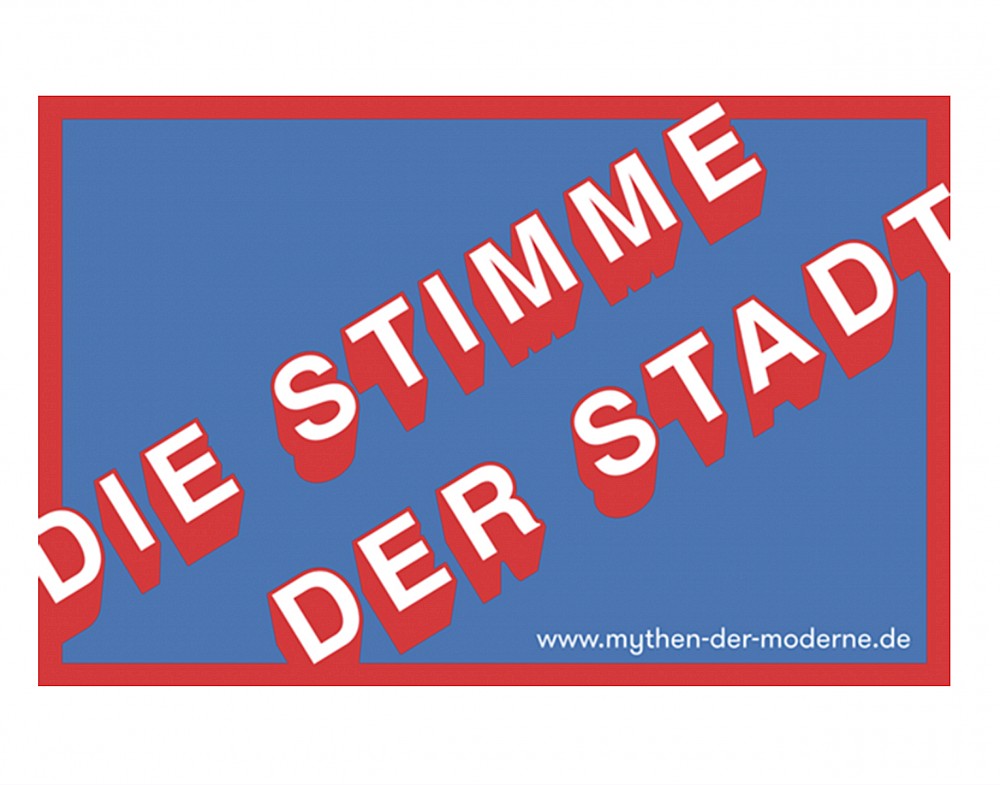 On 28 November 2019, mythen der moderne, under the artistic direction of Pia Janssen, will transform the town hall in Oberhausen into a venue for "The Voice of the City". This participative theatre and music project is based on the voices of the citizens of Oberhausen, which were recorded in advance in a "Story Box". At weekly markets, Oberhausen residents were able to contribute their personal stories and stories to the city in the mobile recording studio. They were asked to comment on personal experiences, criticism and wishes for a life in Oberhausen.

From 2 p.m. to 7 p.m. the Ratssaal becomes their stage: The stories are now staged by the artist Pia Janssen, the writer Bettina Erasmy, the composer Hannes Strobl as well as actresses and actors. The five-hour production in the Ratssaal will be accompanied by films by Oberhausen amateur filmmakers of the 1960s and 1970s, a paternoster concert with musicians from the city and a sound installation in the stairwell. Interested parties can enter the hall at any time. In the personally determined breaks one can come then with coffee and cake into the discussion. Admission is free.

Artistic director Pia Janssen sees "The Voice of the City" as a space of possibility for mutual understanding: "We want to fill the space where the city council, representing the population, otherwise negotiates the city's concerns with citizens and their stories and thus make it the space of opinion and memory of the people of Oberhausen. As early as 2018, Pia Janssen developed the concept of the multimedia performance for the Ratssaal in the Castrop-Rauxel Town Hall together with Berlin theatre author Bettina Erasmy. What this looked like can be seen at www.vimeo.de. In the coming years, the project is to be implemented in other cities in North Rhine-Westphalia. Further information is available at www.mythen-der-modern.de.