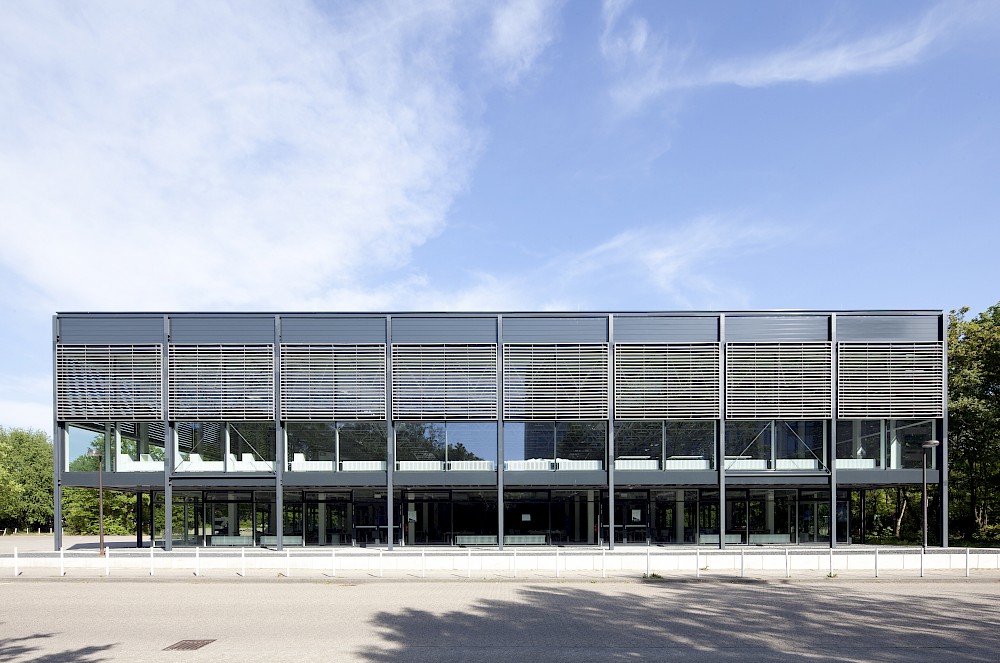 As one of the first buildings of the Ruhr-Universität Bochum the building called BlueBox was built in the early 1960s. Originally it was built as a temporary canteen at the edge of the campus. On a rectangular ground plan, the two-storey building rises as a steel and glass construction. Like most Ruhr-Universität buildings, the BlueBox was built from prefabricated elements. With a clearly visible orientation towards the Crown Hall Mies van der Rohes in Chicago, it represents the spirit of optimism of post-war modernism.

While the ground floor is still constructed of solid precast concrete elements, the upper floor is covered with a light steel structure. It is only supported by the facade columns and six internal columns. The interior, which measures 40 by 55 metres, is spanned by a spacious Mero truss, measuring 2,200 square metres.

The name BlueBox comes from the original blue colour of the façade panels, which were removed during the renovation from 2009 to 2011.