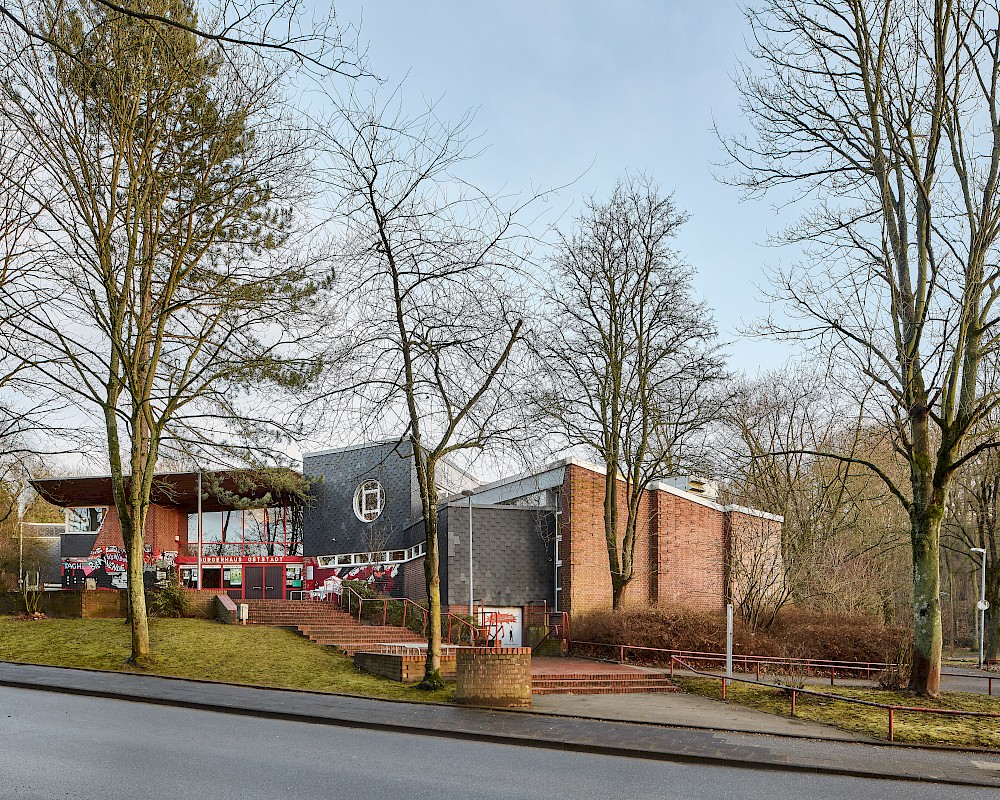 The Bürgerhaus Oststadt is the social centre of Essen's Freisenbruch district. From 1966, a housing estate for around 5,000 people was built in the "Bergmannsfeld" as part of the "Oststadt" construction project, for which a meeting place for education, culture and leisure activities was also to be created. The Berlin architect Friedrich Mebes won the limited competition for the Bürgerhaus, which was announced in 1969.

On an irregular ground plan, the building blends into the hillside location of the surrounding park landscape. Curved paths, open staircases and terraces on different levels connect the building with its green surroundings. The large window surfaces allow for repeated visual relationships between the interior and exterior. This permeability is also reflected in the use of materials and colours. Outside and inside, Mebes chose brick masonry, clinker flooring and red paint for stair railings, window and door frames. Wood is also used for the ceiling panelling and interior handrails. 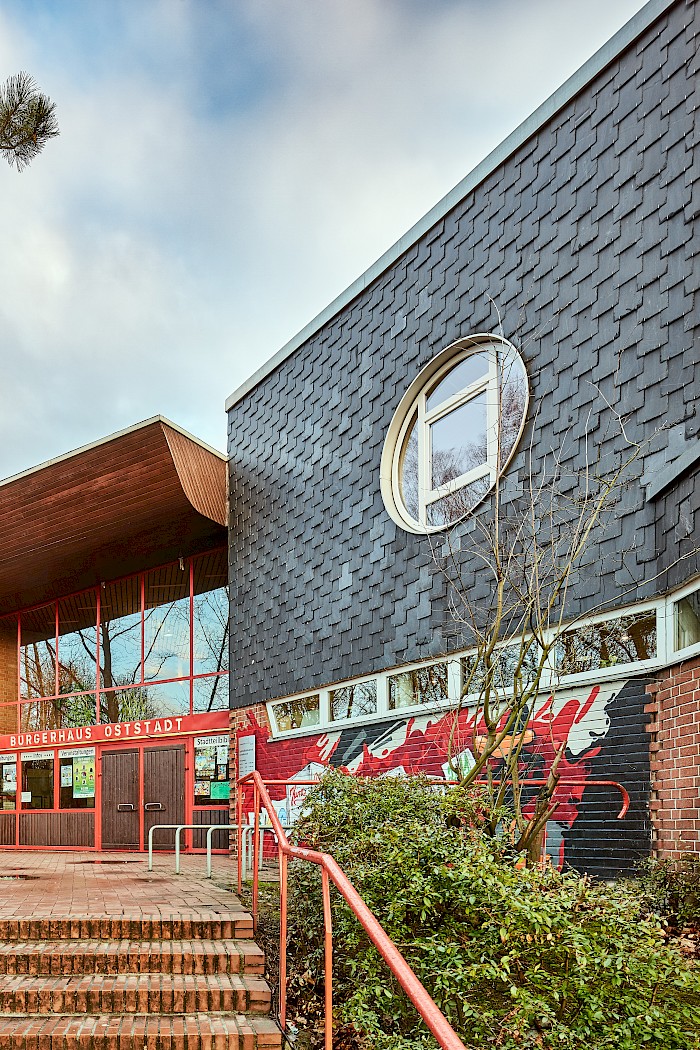 As a centre for all generations, the Bürgerhaus has a varied spatial programme. In addition to the district library, there are rooms for sports and gymnastics, for working, seminars and conferences. The large hall on the upper floor offers space for 350 people, but can also be divided up for smaller events. There are also social rooms - a city doctor's office and a laboratory - as well as a discotheque, café, restaurant and bowling alley. Between the multifunctional rooms there are generous open areas.

Since its opening in 1976, the Bürgerhaus has been a popular meeting place and offers an extensive range of courses and events - in keeping with the original concept. Extensive renovation is planned for 2019. 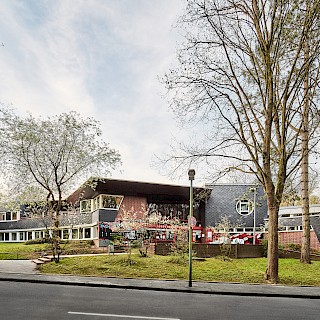 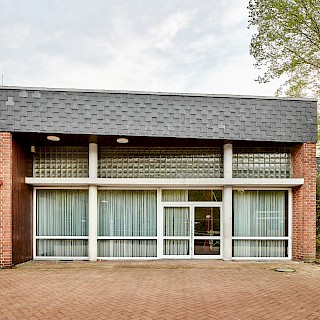 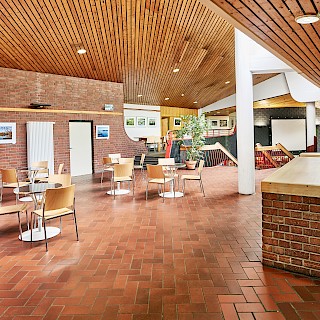 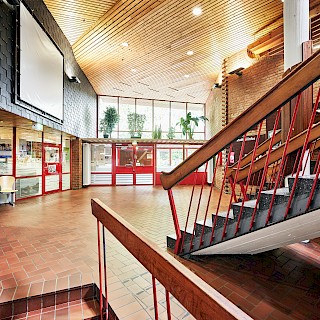 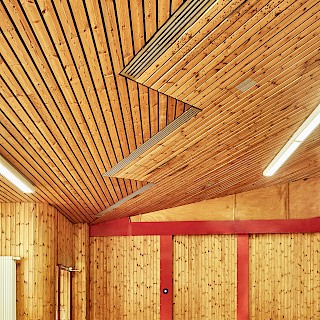 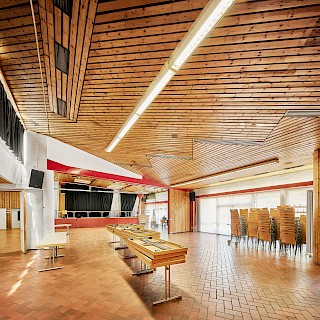 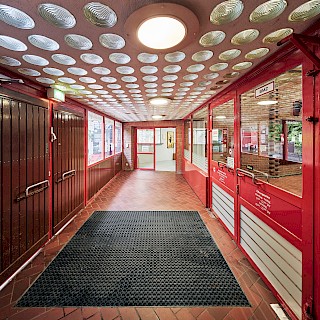 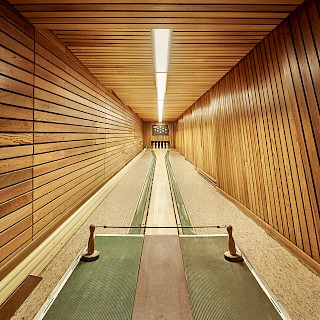 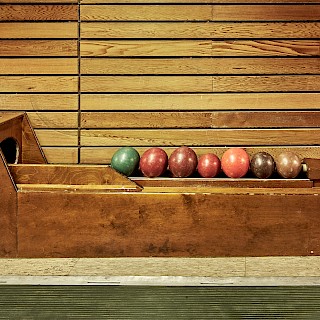 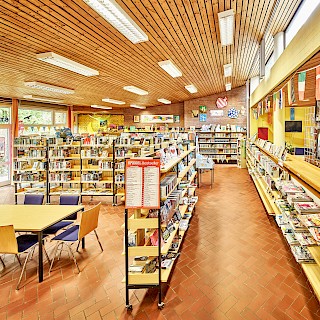 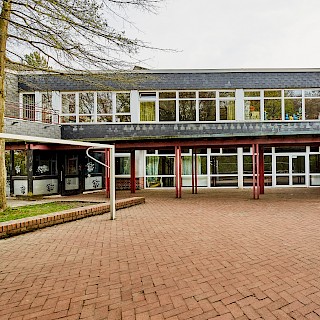 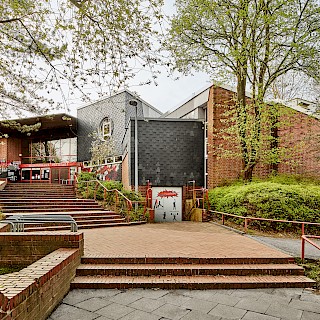