The Protestant Christuskirche in the city centre of Bochum is a memorial against the war. Its predecessor, a neo-gothic church from 1879, was destroyed in a bomb attack in 1943. Only the tower, whose entrance hall had been converted into a memorial chapel for the soldiers killed in the First World War in 1929-31, was preserved. In 1957 Dieter Oesterlen designed the new building, which clearly stands out from the old tower, but at the same time seeks a confrontation with the history of the place. The tower reminds us of the time when Bochum grew into a big city - the modern nave stands for a new beginning after the Nazi regime and the war. The combination of an old tower and a new nave resembles the Kaiser Wilhelm Memorial Church in Berlin, whose extension designed by Egon Eiermann was also built between 1957 and 1959.

Characteristic of the hall church in Bochum are the "folded" surfaces of the side walls and roof. While the reinforced concrete roof was covered with copper, the walls alternate between bricks and concrete glass. The windows with their abstract graphic patterns were designed by the Darmstadt based sculptor Helmut Lander. They are the only decoration of the nave, which otherwise has only a simple cross above the altar. Thus it forms a contrast to the richly equipped church of the 19th century.

In the mid-1990s, a citizens' initiative prevented the demolition of the tower, which had already been planned. They collected donations to finance the renovation and drew attention to the endangered monument through various cultural activities. Thus the tower with the memorial hall could be preserved. As a "church of cultures", the entire building has been used for cross-religious liturgical and cultural events since 2000.

As a contribution to the Ruhr.2010 Capital of Culture the artist Jochen Gertz initiated the redesign of the forecourt. The citizens of Europe were called upon to make a commitment to European peace in the "Square of the European Promise". Gertz thus reacted to a plaque in the tower hall, on which the 28 "enemy states of Germany" were held in 1931. Today around 15,000 names, milled into 63 basalt slabs stand for the promise of peace. 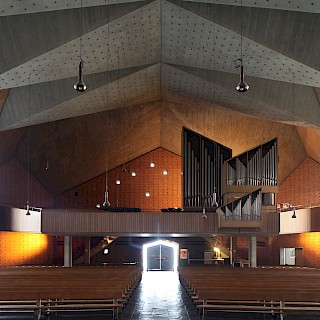 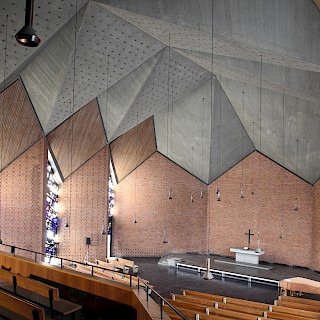 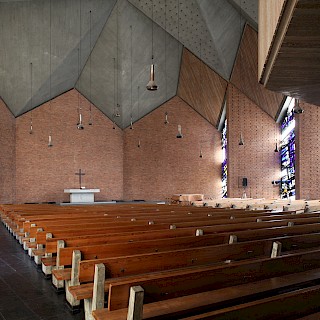