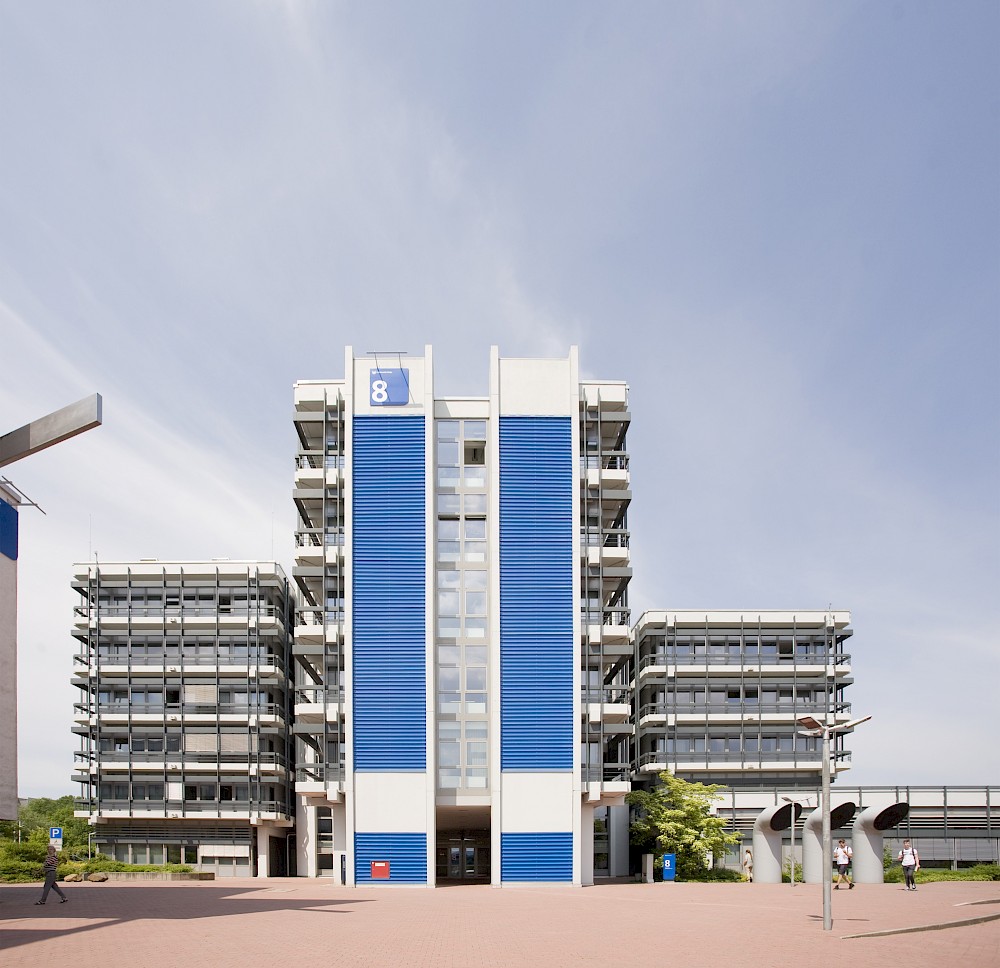 The disposal centre represented the first construction phase of a larger overall concept for the distance university in Hagen. At that time, a distance university was a construction task that had not yet been realised in the Federal Republic of Germany. Although the state government and various founding bodies had defined a task by the start of the planning phase, there was no binding space programme. Thus the planning had to be adapted again and again during the construction period. In the end, only the first construction phase was realised in this form, all subsequent years were carried out in clearly different structures.

In addition to the administration rooms, the AVZ (general disposal center) also housed the central university library, a computer centre and a cafeteria. Due to the high transport volume inherent in the construction task of a distance university, comparable to that of a mail-order company, traffic development was of paramount importance. For this reason, a generous ring road and the extensive dispatch zone on the ground floor were built before construction began.

The reinforced concrete skeleton construction with an axial dimension of 7.20 metres was constructed from prefabricated parts. In order to be able to adapt to changing requirements, movable partition walls were used for the interior fittings and external installation shafts were also to enable the retrofitting of technical equipment. The conception of the first construction phase provided for the addition of further elements, which were to form a building chain opening towards the landscape and the valley. 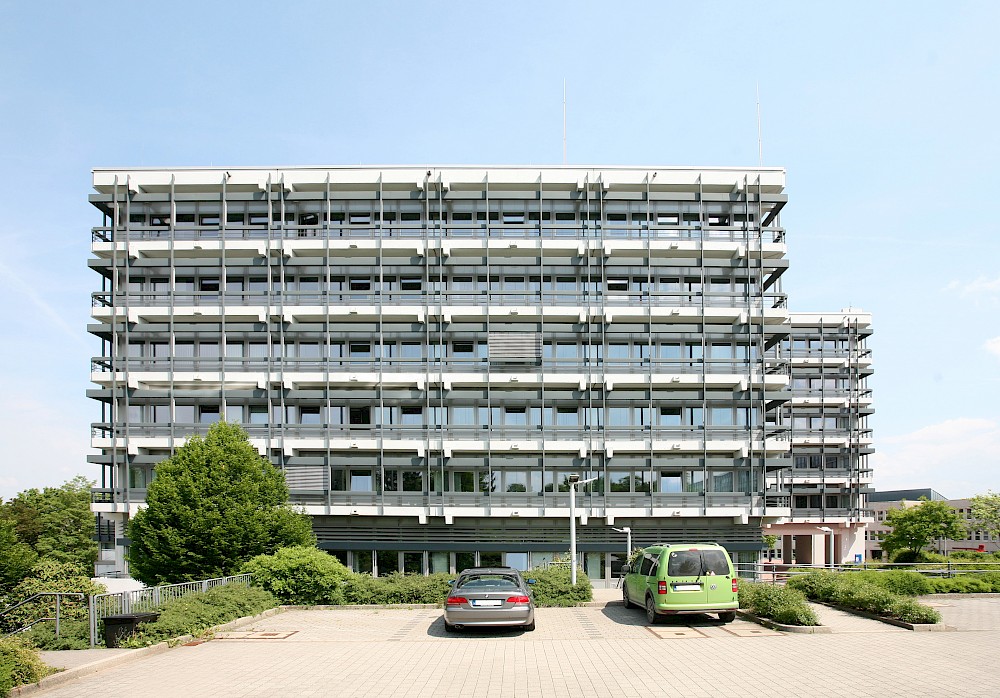 The AVZ (general disposal center) is a richly structured building whose actual façade design was achieved through an interplay between dark olive green aluminium cladding and light concrete elements. A second, preceding level, consisting of a filigree, white framework with escape balconies and sun protection devices, divides the building structure additionally. This façade design was first found on the administration buildings of the Olivetti company in Frankfurt a. M. (1967-1971) by Egon Eiermann and many imitators throughout Germany. With its light structure, it alleviates the weight of the structures and gives them a technical expression. 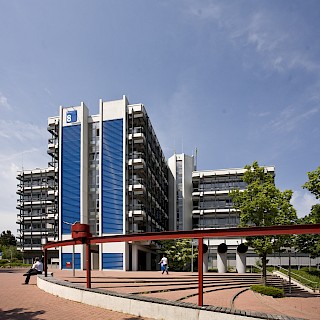 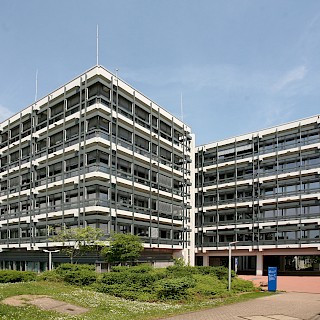