The administration building of Ruhrstickstoff AG, which was purchased by the state of North Rhine-Westphalia in 1984 and has served as the tax office since then, was built directly next to the Bochum Schauspielhaus in 1954-1957.
Like the Schauspielhaus, it was designed by the Hannover architect Gerhard Graubner, who also planned the Town hall in Mülheim, the Theater in Lünen and the Mercatorhalle in Duisburg.

Parallel to Königsallee, set back behind a large green area, runs the elongated six-storey building in which the offices are housed. A two-storey wing with a large entrance hall and meeting room is offset on the southern narrow side in front of the building.

The façade of the reinforced concrete building is characterised by the contrasts between sand-coloured and red-brown clinker facing. However, it was redesigned in the course of a renovation. Inside, on the other hand, the original substance is largely preserved. These include the floor covering made of irregular stone slabs in various shades of yellow and brown, as well as the wooden panelling in the meeting rooms. The curved stairs in the entrance hall still bear witness to the spirit of the 1950s. 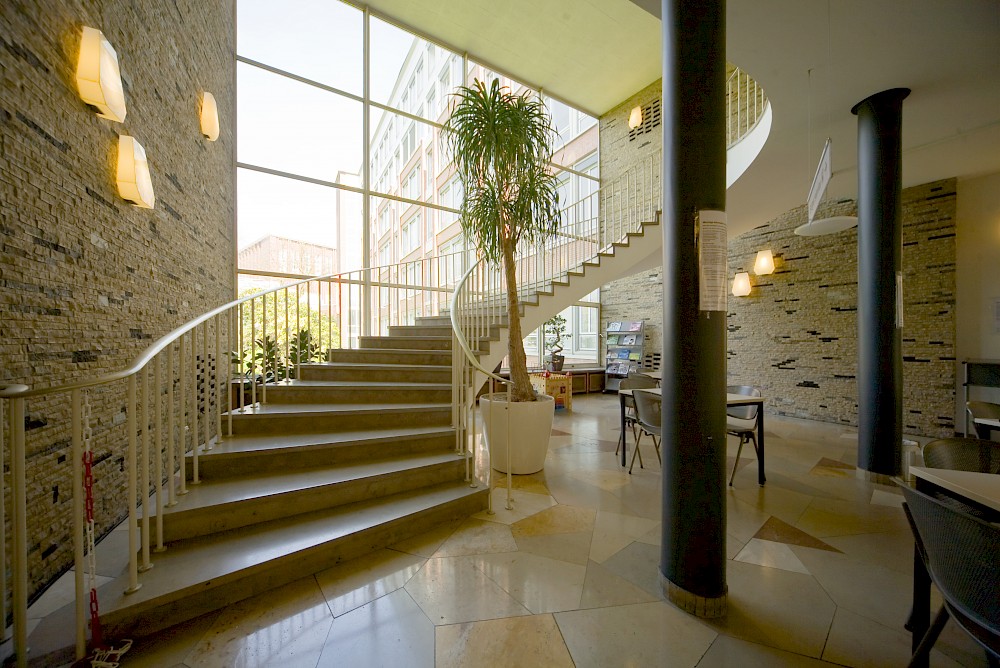 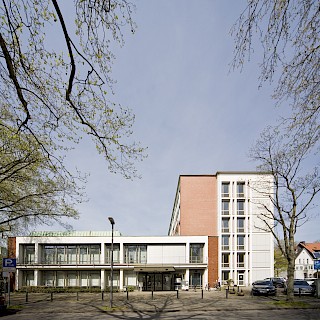 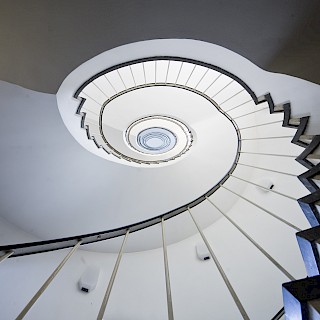 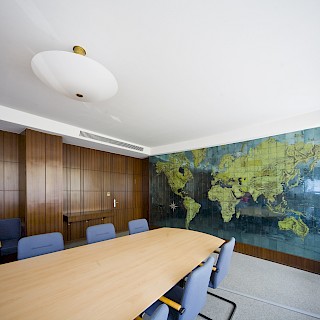 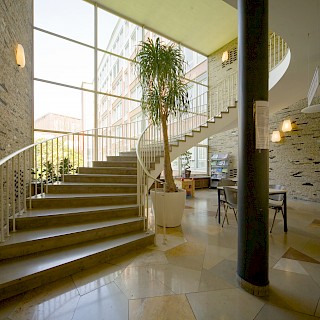