The so-called „Rote Finnstadt“ is one of the successful examples of modern housing construction in the New Town of Wulfen. In addition to Habiflex and Metastadt, it is one of the demonstrative experimental and comparative buildings, which were built as models for new forms of housing with the support of the federal and state governments.

This type of house was developed in 1969 in a housing construction report. Originally, the Finnstadt was designed by the Finnish architects Toivo Korhonen and Lauri Sorainen as an assembly structure. However, it was then built using conventional construction methods.

These are five-storey, cross-shaped terrace houses that could be joined together in a net-like structure as desired. In the first step, four houses were built on Surick street, which are called the Rote Finnstadt because of their red plaster facades. They were followed by two other houses with black slate cladding, the „Schwarze Finnstadt“ on Dimker Allee. They offer a wide variety of different types of apartments with areas between 61 and 125 square metres, some of them as maisonettes. The individual character and the large, private terraces of the condominiums should offer an alternative to the classic single-family house. This intention was also supported by a special financing model. 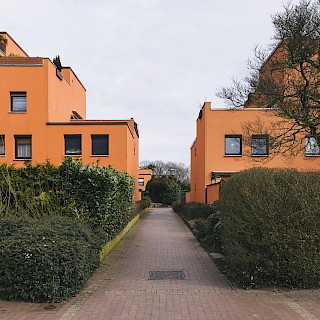 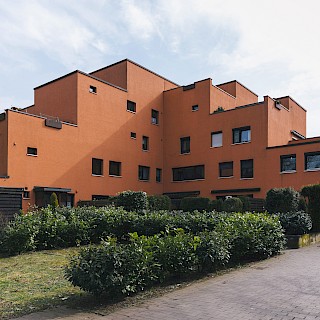 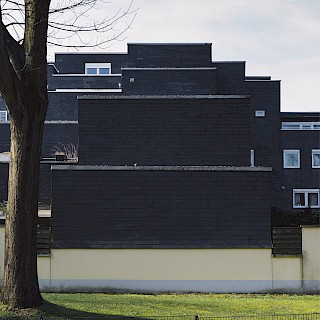