Four high-rise buildings dominate the silhouette of Mülheim's city centre. The Forum City ensemble on Hans-Böckler-Platz was created in the course of the urban redevelopment of the city centre in the 1970s. In addition to an efficient traffic junction, a dense residential development should counteract the monofunctionality and revive the heart of the city.

The planning area covers 13.4 hectares in the immediate vicinity of the main railway station, which was developed from 1966 as "Stadtmitte II". Previously, only a few buildings and large parking areas were to be found there. Based on the guiding principle of a traffic-fair city, pedestrian and car traffic were consistently separated. The entire area accommodates a parking deck with storage rooms on the lowest level. The pedestrians move on the upper level of the "Hans-Böckler-Platz", which connects the components of the complex as a green, car-free area. 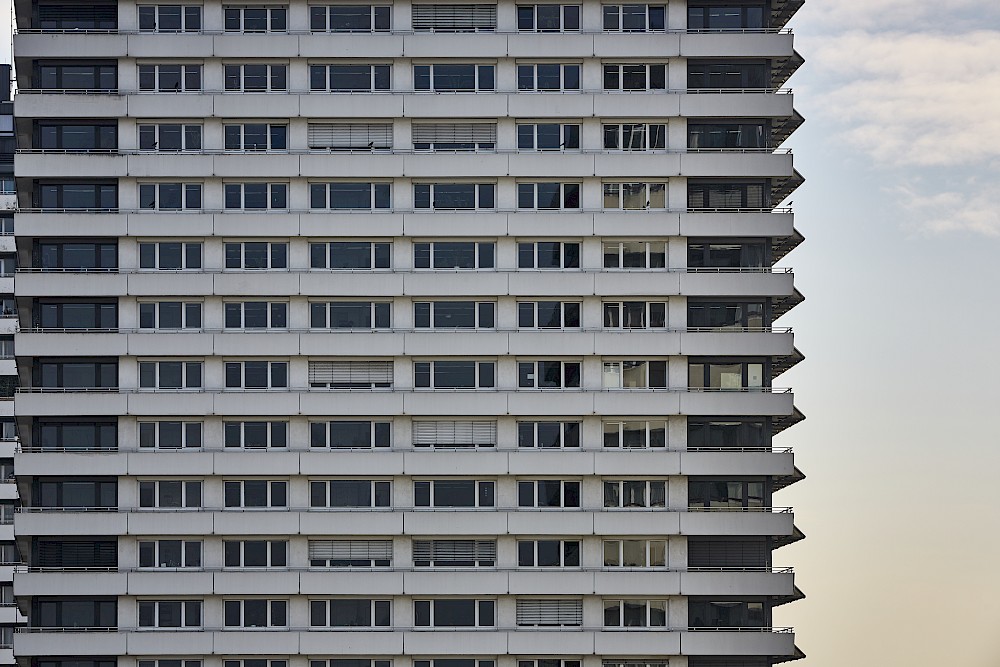 In the south, the four 20-storey high-rise buildings are offset parallel to each other, with the building facing the Tourainer Ring to the east (Hans-Böckler-Platz 7/9) consisting of two structures that have been moved into each other. The high-rises are designed as residential buildings. All-round balconies, whose white parapets stand out from the dark wall and window surfaces, provide a strong horizontal arrangement. The houses are equipped with two types of apartments and a swimming pool.

One of the houses (Hans-Böckler-Platz 5) was converted into an office building and has been used as a technical town hall since 2007.

The Forum City shopping centre (originally City-Center), completed in 1974, is located in the northwest of the area. Behind the covered two-storey shopping arcade lies a hexagonal building which originally housed a department store and is now used, among other things, as a cinema and hotel. Another passage leads to the subway station and the main station. 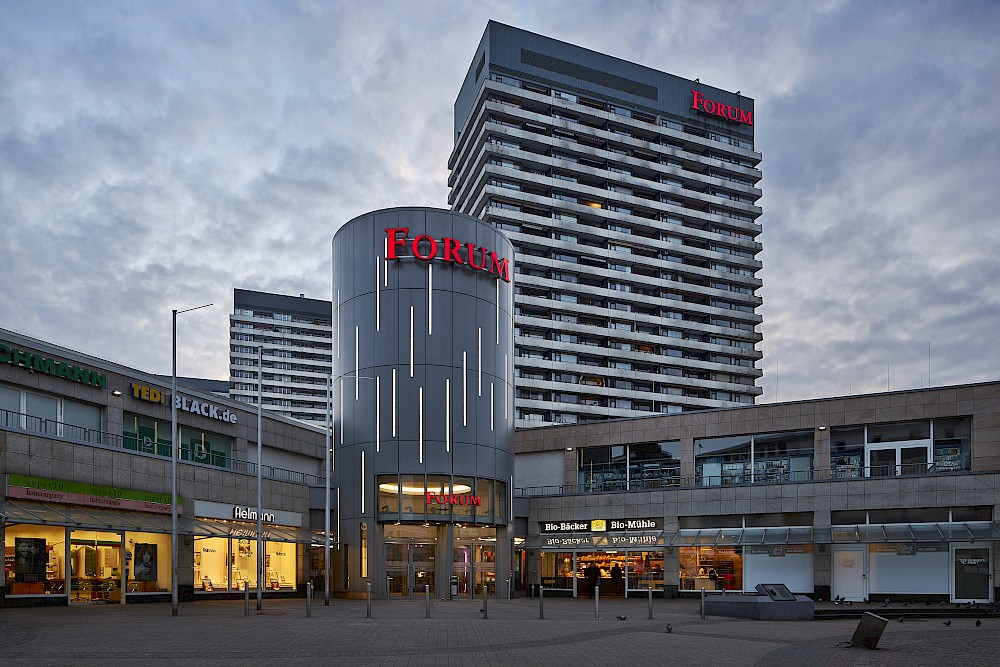 Each of the five buildings is assigned to a multi-storey car park, so that the connecting lower parking deck creates a complex parking centre. There is also a kindergarten on the premises. Despite an initial positive response, the integration of the complex into its surroundings has only partially succeeded. It is isolated by the elevation and the surrounding streets. Incorrect occupancy of the social housing has led to impairments of the environment, which have been counteracted in recent years by, among other things, a comprehensive renovation of Hans-Böckler-Platz 7/9 with the establishment of a concierge and janitor service as well as a video surveillance system. The shopping arcade has also undergone several renovations. 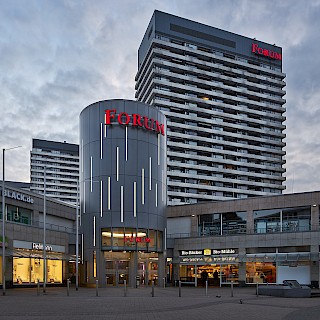 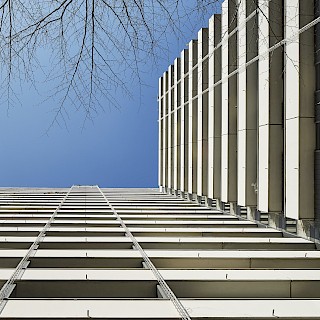 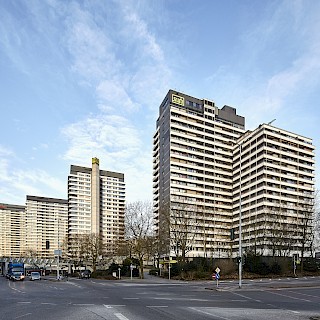