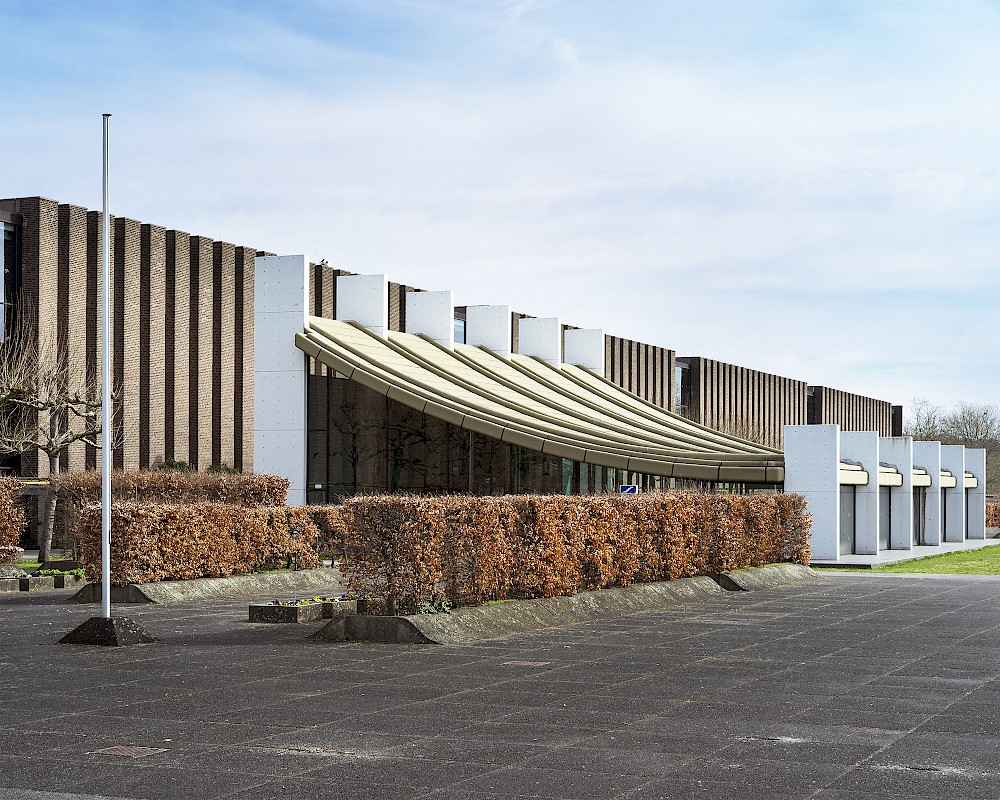 The Forum Castrop-Rauxel was planned in the 1960s as a new town centre where municipal administration, cultural and sports facilities were to be brought together. At that time, the city's population was still growing, reaching its highest level of around 88,000. In 1966, internationally renowned architects such as Alvar Aalto and Egon Eiermann took part in the limited competition for the Forum. However, the design of the Danes Arne Jacobsen and Otto Weitling was selected. After Jacobsen's death in 1971, Weitling realized the project together with Hans Dissing. Above an underground car park, the buildings are arranged in two opposite rows and thus line an elevated square - the Forum. The northern town hall wing with an arcade in front of it is a uniform 250-metre-long bar divided into five sections with a facade of precast reinforced concrete elements and red brick facing. The five-storey building offered space for the entire city administration. Between the walls, which are similar to buttresses, are narrow window strips. The visible prestressed concrete beam ceiling in the interior is column-free, the skylights in the lightweight walls retain the continuous spatial impression. The offices are separated by mobile walls, which should allow flexible adaptation to functional requirements.

The council hall stands free in front of the building, originally surrounded by a water basin. Towards the square there is a suspended roof supported by slender pylons made of prestressed concrete. The smaller southern bar, divided into three sections, forms the backbone of the multifunctional city hall, the Europahalle and an intermediate restaurant area. The town hall with its congress centre and the Westfälisches Landestheater aswell as the Europahalle have a curved suspended roof construction like the council hall. The shape of the roof, jokingly also called the "ski jump", follows the course of the steel cables suspended between reinforced concrete pylons. The town hall can be used individually thanks to movable podiums and interior walls. 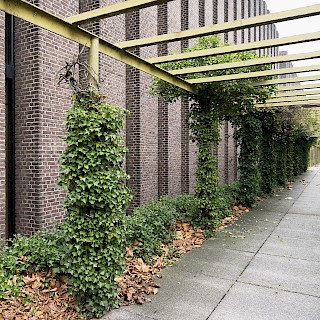 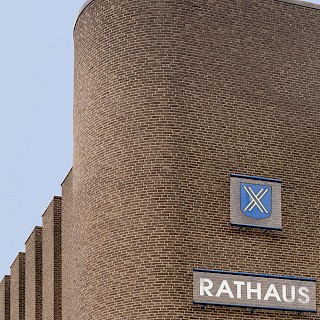 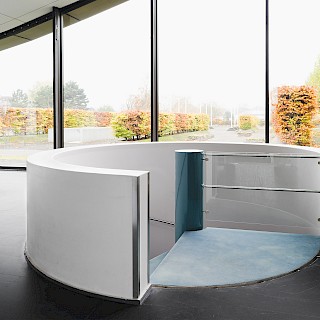