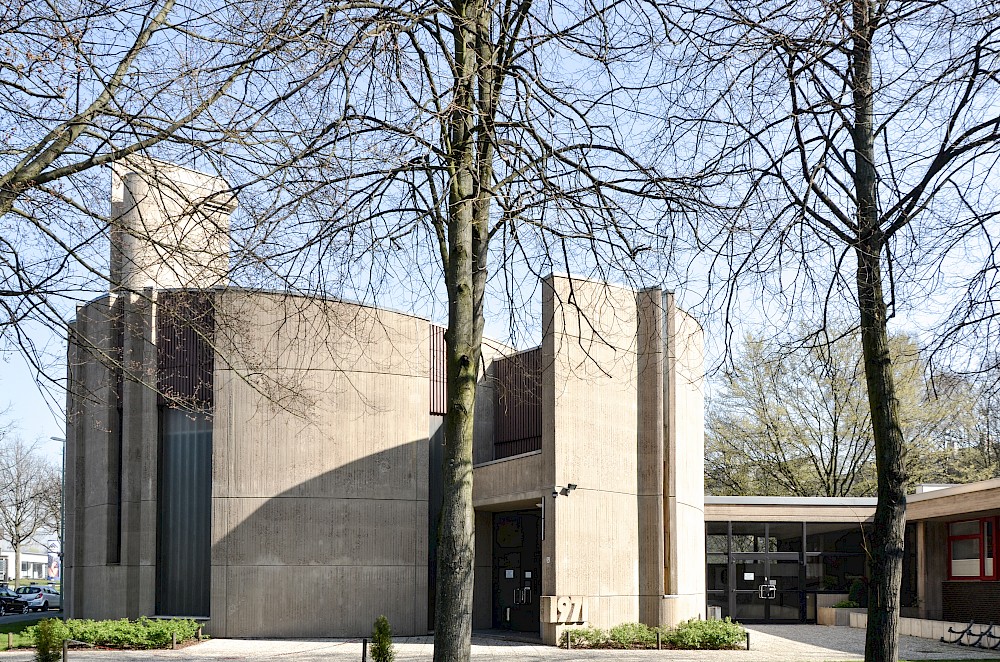 The former Protestant church on Wintgensstrasse is located in the Duisburg-Duissern district close to the city centre. It was designed by Lothar Kallmeyer, an important representative of modern church architecture in the Rhineland and Westphalia. It has been a listed building since 2008.

The sculptural structure consists of two interlocking exposed concrete shells with different radii. The tower develops from the outer shell. The wooden floor and ceiling soften the atmosphere of the otherwise raw building materials in the interior. The liturgical direction in the undirected building is formed by furnishings, altar area and wall cross. The altar and baptismal font base are made of U-shaped curved aluminium plates, the pulpit of exposed concrete.

Due to the declining number of parishioners, the church was no longer in use from 2004. After seven years of vacancy, renovation and conversion into a columbarium began in 2011. For this purpose, shelf-like walls were erected in the church to accommodate urns around a slightly reduced seating area. The character of the building and its sacral furnishings have been completely preserved. Even services can still be celebrated.

In the basement of the community centre there is still a day care centre for children. The former community hall is used or rented for private funerals and other events such as exhibitions.