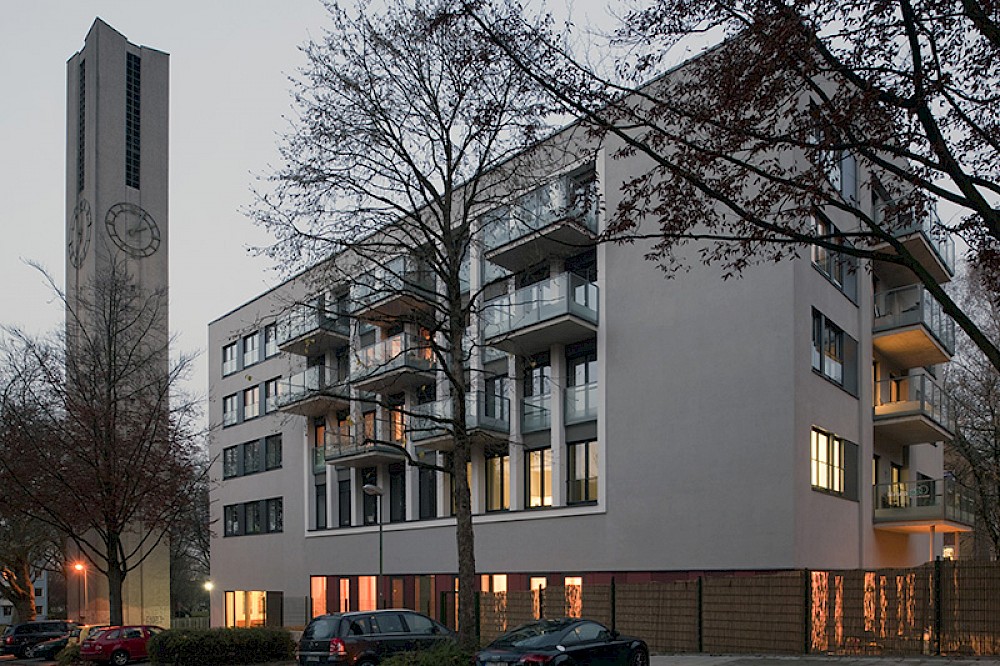 Like many churches in the region, the former Protestant Lukaskirche in Essen's Holsterhausen district had to give up its original function, but was revitalised by a renovation and a new utilization concept and thus retained as a formative place for the quarter. It was inaugurated in 1961 in the middle of a residential district with a steadily growing population. In addition to the actual sacral building, architect Reinhold Jerichow also designed the neighbouring Wichernhaus as a community and youth retreat home.

The church interior rises on a narrow, longitudinally rectangular ground plan under a flat sloping saddle roof. The walls are broken through with large windows that are vertically divided into narrow strips. The artist Ursula Hirsch designed the pattern of crosses and - leaning on the globe - circles that frame the coloured glass panes. In the northwest there is a high slender bell tower in front of the church. 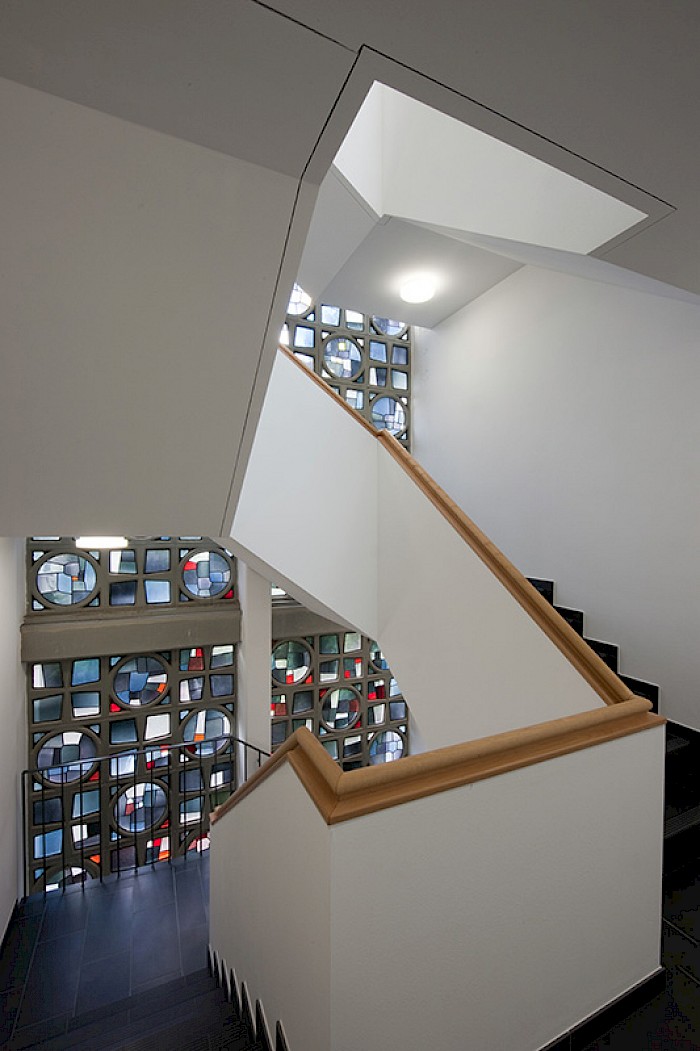 In 2008 the Lukaskirche was decommissioned and subsequently used temporarily by a group of artists. In 2011-2013, the conversion was carried out according to plans by the Essen architects Heinrich Böll on behalf of a private investor. Today, the Lukas-K-Haus accommodates mixed functions: a day-care centre, practice rooms and barrier-free apartments. In order to be able to make full use of the construction volume, several floor slabs were drawn in. In the stairwells on the northern end face, the stained glass windows above the main entrance, which extend over the entire height of the building, have been preserved. On the other facades, balconies were placed in front of the windows, thus interrupting the strict verticality. Horizontal bands of windows were cut into the adjacent, previously closed wall sections. Especially at the street front, where the still empty tower is located, the original shape has been largely preserved, while the rear areas have been changed according to the new uses.