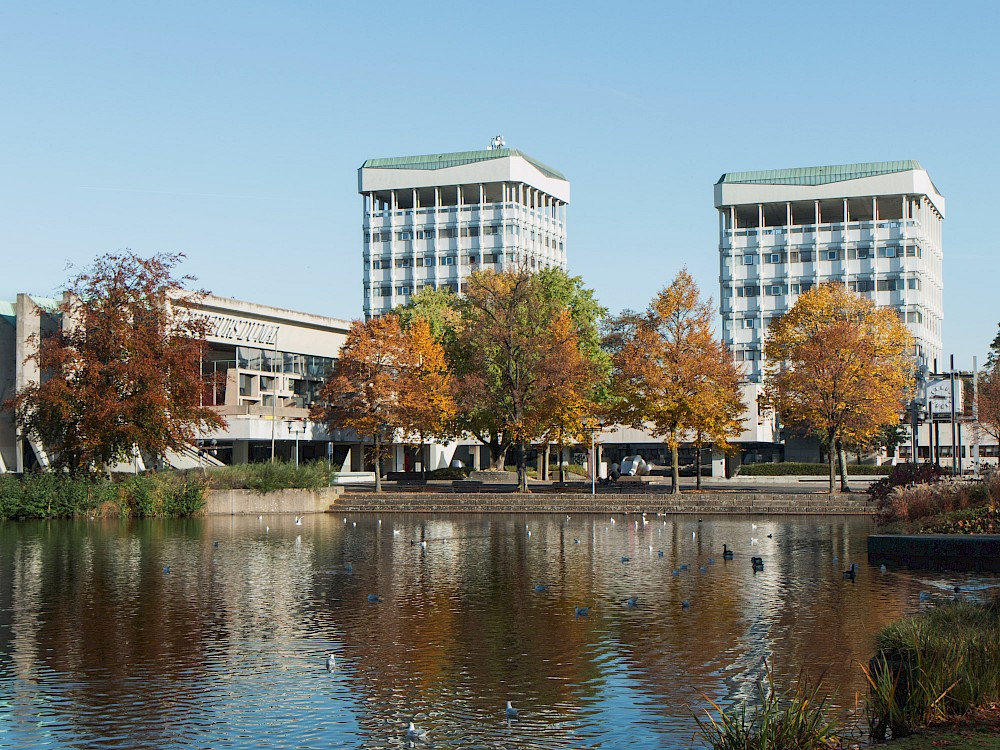 The town hall complex of the city of Marl is very unusual in the context of its origin and the demands placed on it. After Marl's population had jumped from 52,000 in 1945 to over 83,000 in 1957 after the Second World War, it became apparent that a larger town hall would have to be built. In 1958, a competition for a new town hall was launched among twelve architects, some of whom were internationally renowned. Among the participants were Rudolf Schwarz, Hans Schwippert, Hans Scharoun, the Finn Alvar Aalto and the Danish architect Arne Jacobsen, who later designed the town hall in Castrop-Rauxel.

The competition documents stated: "The town hall should give the town its face as a controlling dominant with the public buildings already existing in the town and planned for the coming years [...]". The dominance, explained Konrad Rühl as chairman of the high-calibre jury, could not be sought "[...] in the horizontal or vertical extension. The dominant feature must lie in the unmistakable uniqueness and expressiveness." 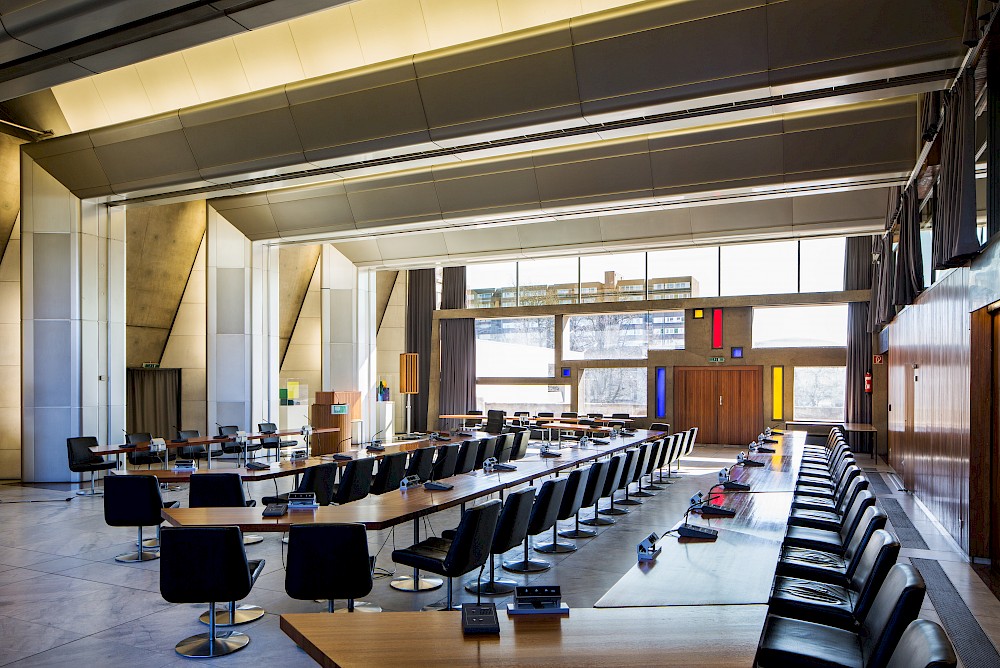 The design by the Dutch architects Bakema and van den Broek was successful. It was one of their so-called "city crowns". According to their ideas, the city centre still to be planned was to develop around the town hall complex, which was to be free of any monumentality and become an expression of democratic urban society as an open building.

The multi-part district consists of several flat buildings and two of four originally planned skyscraper towers. These towers are suspended on a small foundation surface, which was considered the ideal solution for mining damaged regions. The individual floors are suspended from a closed concrete core.

The administration offices are located in the towers. The Council Hall is located on the upper floor of the adjoining flat part of the building. The ground floor and the former "Ratskeller" house the sculpture museum Glaskasten. The use of precious materials in the interior testifies to the aesthetic demands of the client as well as to the wealth of the city at that time.

The Creiler Platz in front of the building is designed with water basins, a clock tower and benches.

After long discussions in the political committees, but also among the people of Marl, the building was declared a listed building in 2015 and its comprehensive renovation was decided, which is to begin in 2018. 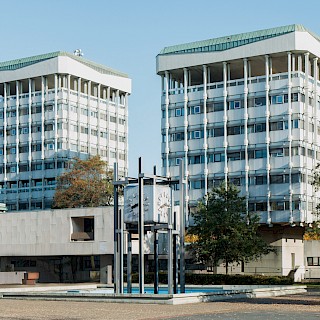 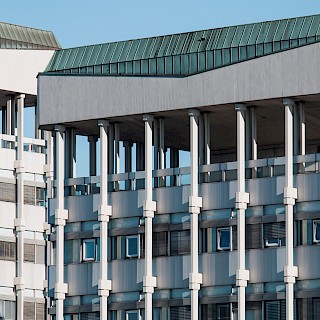 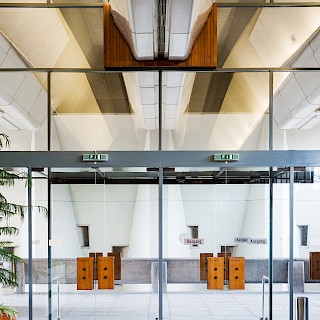 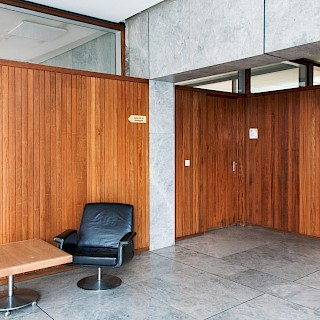 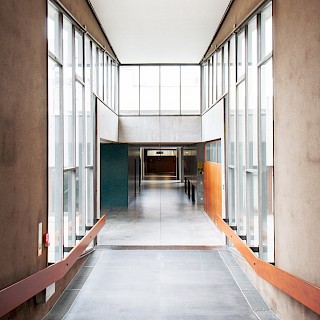 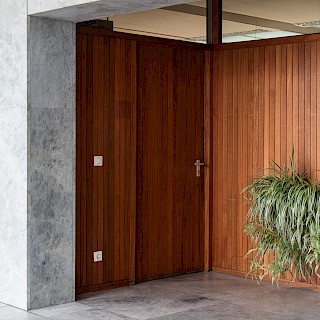 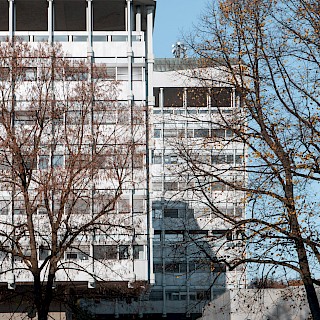