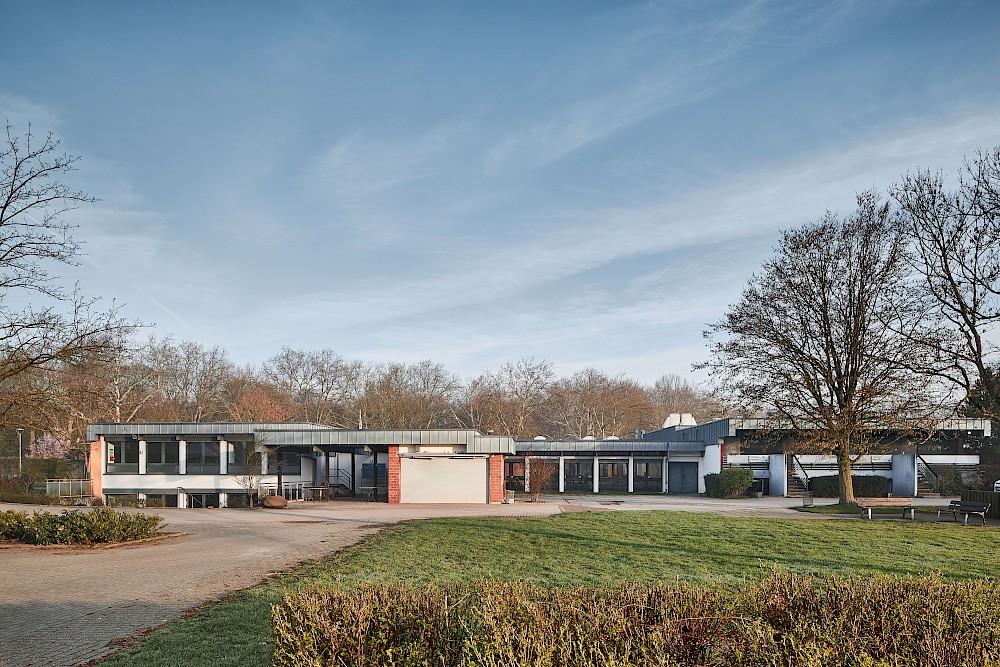 After reconstruction in the 1950s and 1960s, the Siedlungsverband Ruhrkohlenbezirk (today: Regionalverband Ruhr) devoted itself to developing regional plans for the districts, towns and municipalities belonging to the association. This also included the creation of modern recreational and leisure facilities. The aim was to take into account the changing leisure behaviour of the population and the growing need for easily accessible recreational opportunities. In addition to conventional leisure activities such as swimming pools or sports facilities, the district parks were created.

Planning for the Nienhausen district park began in 1969 with the founding of Revierpark Nienhausen GmbH. She realized the park on the 30 hectare site of the former Nienhausen estate according to plans by A. Flöttmann (architecture) and Heinz Eckebrecht (landscape architecture). The park consists essentially of three parts: First, from the spacious green area with sunbathing lawns, seating, play facilities, Kneipp bath, water games and barbecue area. Secondly, the leisure house on the northern edge of the district park with gastronomy and common rooms as well as, thirdly, a swimming complex consisting of indoor swimming pool, outdoor swimming pool, wave swimming pool, brine swimming pool and sauna area.

Despite numerous additions and changes that the park has experienced in the past, the essential structures of the design intentions (routing of paths, lawn hills, groups of trees structuring the space) are recognizable. Architectural elements from the time of origin have also been preserved. These include the square concrete seating elements distributed throughout the park, or the Kneipp pool located in the eastern part of the park. Characteristic are also the bungalow-like buildings (swimming pool, leisure house, kiosk), which correspond to each other especially through the characteristic black flat roofs. The shape of these roofs is formed by the upper roof layer and the two lateral wooden trusses of the roof construction, which are paneled with sheet metal or black wood and thus form an optical unit.

In the next four years, the Nienhausen district park and the four other district parks are to be rebuilt with funds from the "Green Infrastructure NRW" promotion programme. In addition to improving climate and environmental conditions, social aspects with regard to education and participation also play a special role.