The Johanneskirche (St. John’s church) in Bochum-Altenbochum is the only sacral building realised by the Berlin architect Hans Scharoun. Scharoun is considered one of the most important representatives of "organic architecture".

The irregularly folded roof surface creates an exciting interior characterized by exceptional acoustics. In addition, there is a spiritual atmosphere through skilfully placed lighting elements in the roof and in the brick walls. The bricks produced by the extrusion process are reminiscent of the Glockengarten site, where a bell foundry and a brickworks were located. The rough materiality and the noble quartzite floor underline the total work of art. 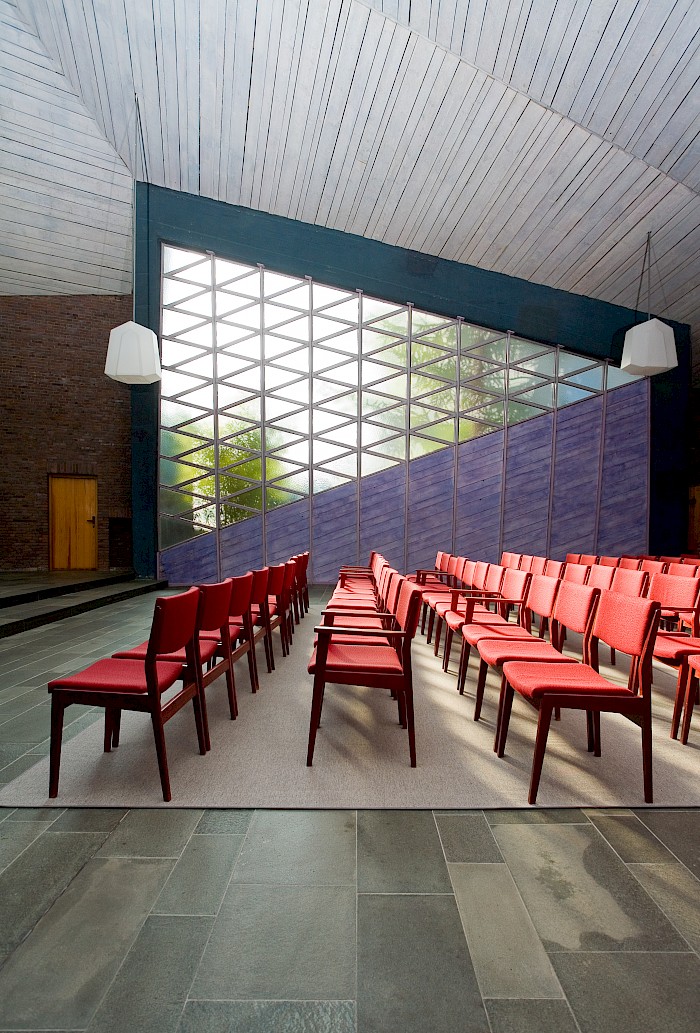 The art reference in the Scharounkirche is expressed by specially designed candlesticks by the Bremen Bauhaus artist Wilhelm Wagenfeld and an altarpiece by Fritz Winter. Even Joseph Beuys worked here: in 1979 he held one of his much-noticed art talks in the Johanneskirche. In 1997 the church was listed as a historical monument. The Initiative Scharounkirche, in which committed parishioners joined forces from 2007, succeeded in financing the urgently needed renovation of the building with its own funds, donations and subsidies. In 2012 the roof was covered again in copper, in 2014 the historic light wall followed with a protective glazing. In 2016 the renovation was completed by the architects Detlev Bruckhoff and Andreas Gehrke. 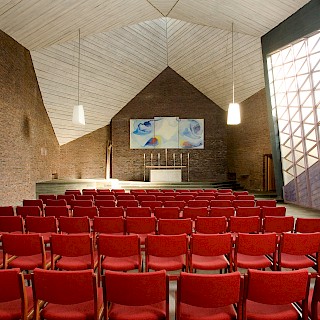 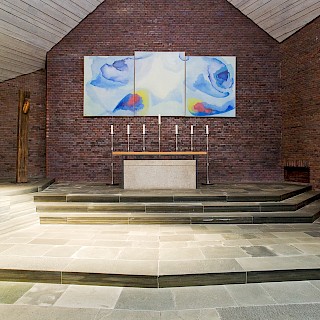 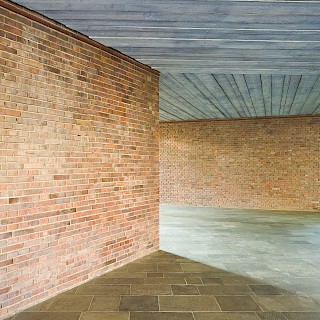 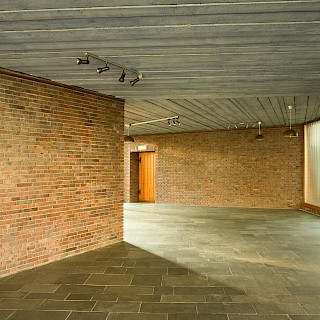