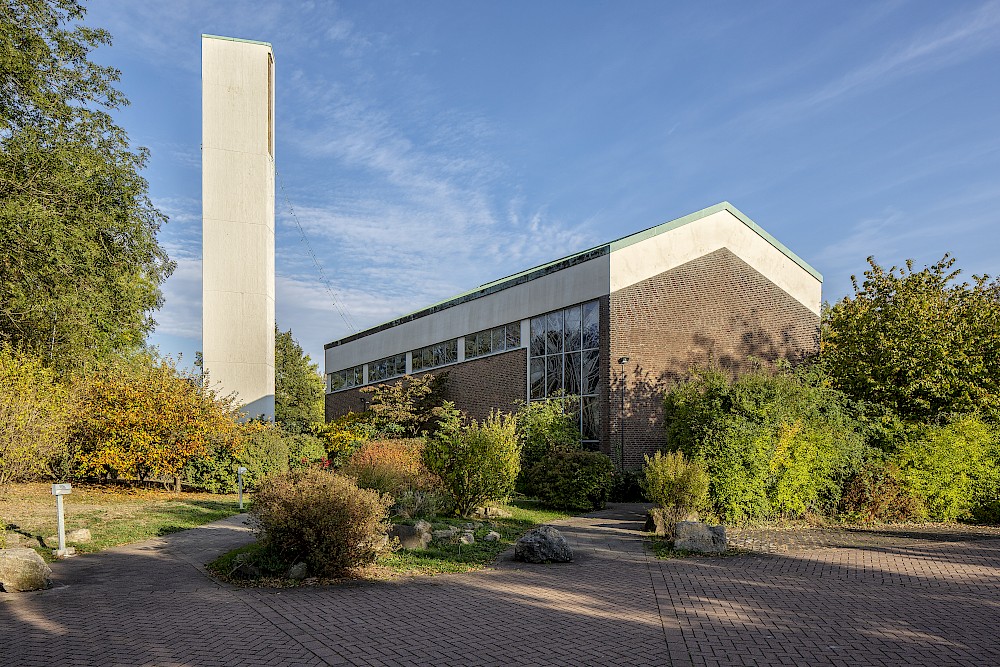 In 1965 the Thomaskirche was consecrated and the local Protestant community, which had to hold its services in a school for many years, finally had its own house. At the same time a parish hall was built east of the church and a parsonage south of the church. Directly on Lohauserholzstraße, a freestanding and widely visible church tower was built. In the 1970s, the ensemble was expanded to include a community centre, kindergarten, youth rooms and an apartment. A churchyard with further green spaces stretches between the various buildings.

The architectural and artistic examination of the history of Thomas, the disciple who doubted the resurrection of Jesus until he saw his wounds with his own eyes and could touch them with his own hands, is remarkable about St. Thomas' Church. The very foundation stone of the building, which was set into the outer wall to the right of the church door, refers to the history of Thomas: the stone with its relief shows the hand of the doubting disciple touched by a mark of Jesus. When one enters the church, one reads on the door handles: "Blessed are those who do not see and yet believe". (John 20:19-29). The pentagonal ground plan of the church and the pentagonal ground plan of the church tower as well as the originally planned five church bells (of which only four were realized) can also be interpreted as a reference to the five wounds of Christ. 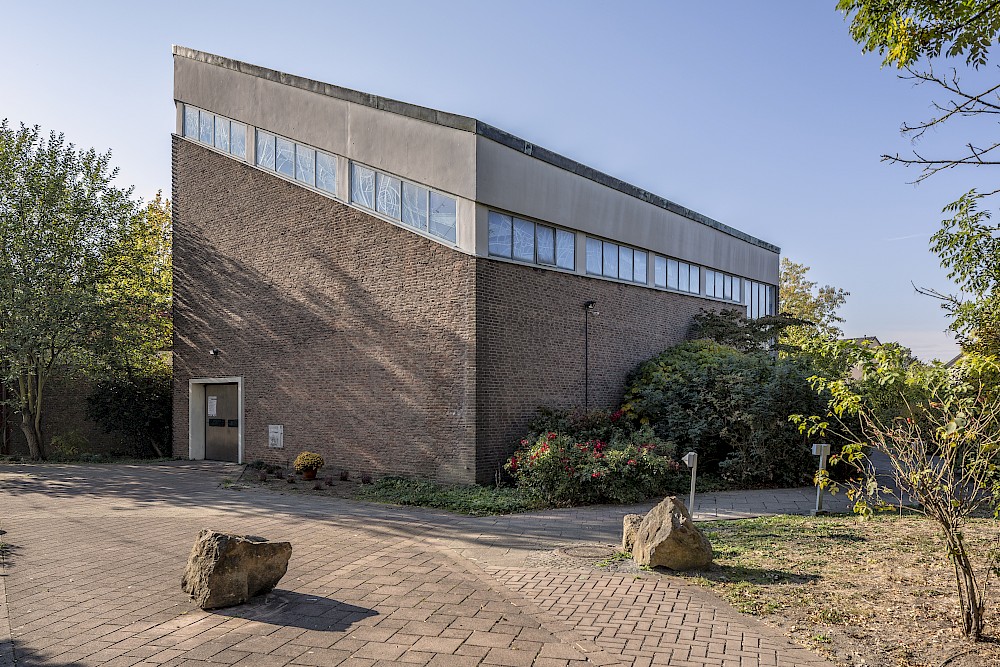 Another highlight is the holistic, artistic furnishing of the Thomaskirche by Max Kratz. From the foundation stone, door handles, candlesticks, baptismal font, altar and pulpit, to the wall-filling relief in the altar room and the bronze sculpture of the resurrected crucified one hanging in front of it, all art objects come from the hand of this artist. The artistic decoration is complemented by church windows by Roswitha Vombeck-Lüder. These windows fill the large joints that separate the roof from the side walls and give it a floating effect. There is also a large window in the north wall that illuminates the sanctuary from the side.

The Thomaskirche was built as a concrete construction, which is covered with clinker bricks on the outside and inside. The floor consists of dark slate. Other fixtures such as the pews, the handrails or the roof cladding are made of light-coloured wood. The church is largely preserved in its original state and shows the interplay of architecture typical of the time, works of art and church windows. 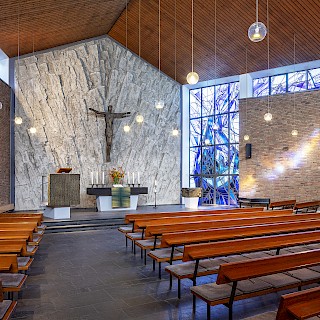 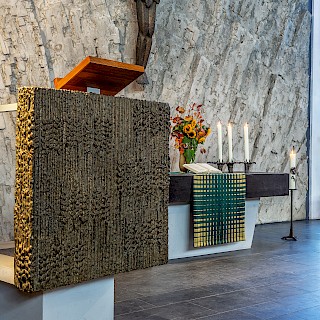