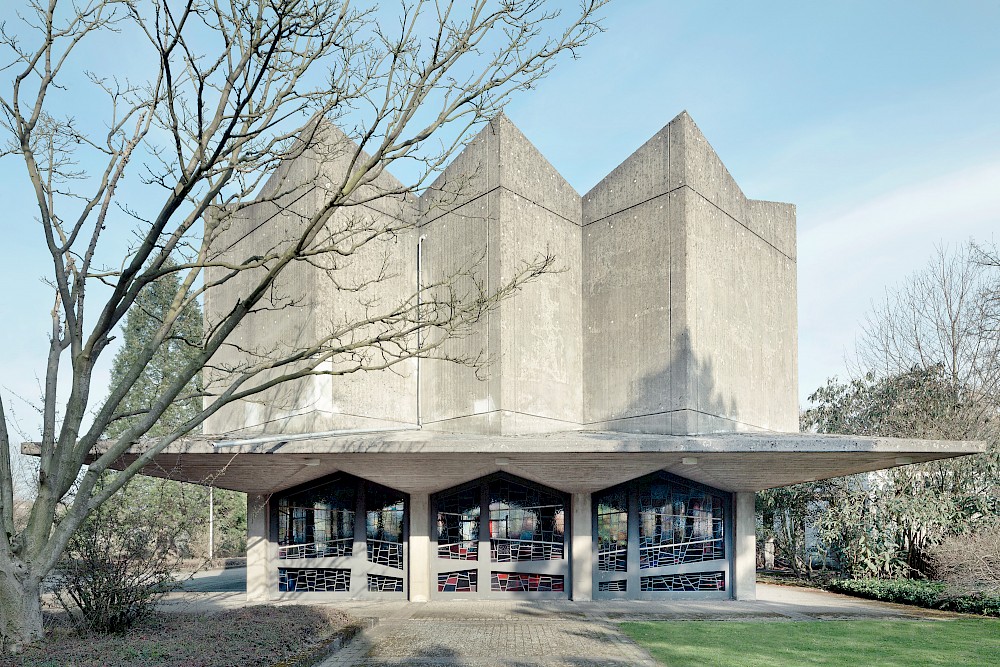 After the Second World War, Bochum's central cemetery on Freigrafendamm expanded further and further. The new cemeteries were far from the existing funeral halls, so that a new cemetery hall was planned at the end of the 1960s. It was the last major project of the Bochum city architect Ferdinand Keilmann. After he retired the hall was realised by the architect Hans-Rolf Dönges, commissioned by the company Philipp Holzmann, who followed Keilmann's design.

The construction and design of the funeral hall, conceived as a solitaire, is divided into three superimposed zones. The base has three reinforced concrete columns with smooth exposed concrete surfaces on each side. Between these columns is a coloured lead glazing with abstract patterns, which is held by grey concrete frames. The draft was designed by Bochum glass artist and architect Egon Becker, with whom Keilmann had previously worked. A horizontal exposed concrete element rises on the columns, which protrudes on all sides far beyond the base zone. Above it is another square and sculpturally designed exposed concrete body, which is vertically staggered several times and reminds of a crown with its serrated roof edge. Inside, the red clinker floor forms a contrast to the grey exposed concrete. 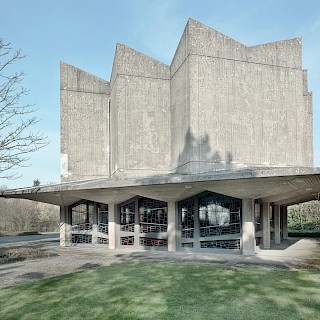