EF 50 of the Technical University of Dortmund

The building at Emil-Figge-Strasse 50 was built in 1971/1972 as part of the expansion of the University of Dortmund, with the original plans of architect Bruno Lambart dating back to 1962. At that time it was still intended to establish a university of education, spatially and structurally independent of the technical university. Several conceptual changes finally resulted in the construction of the north campus. 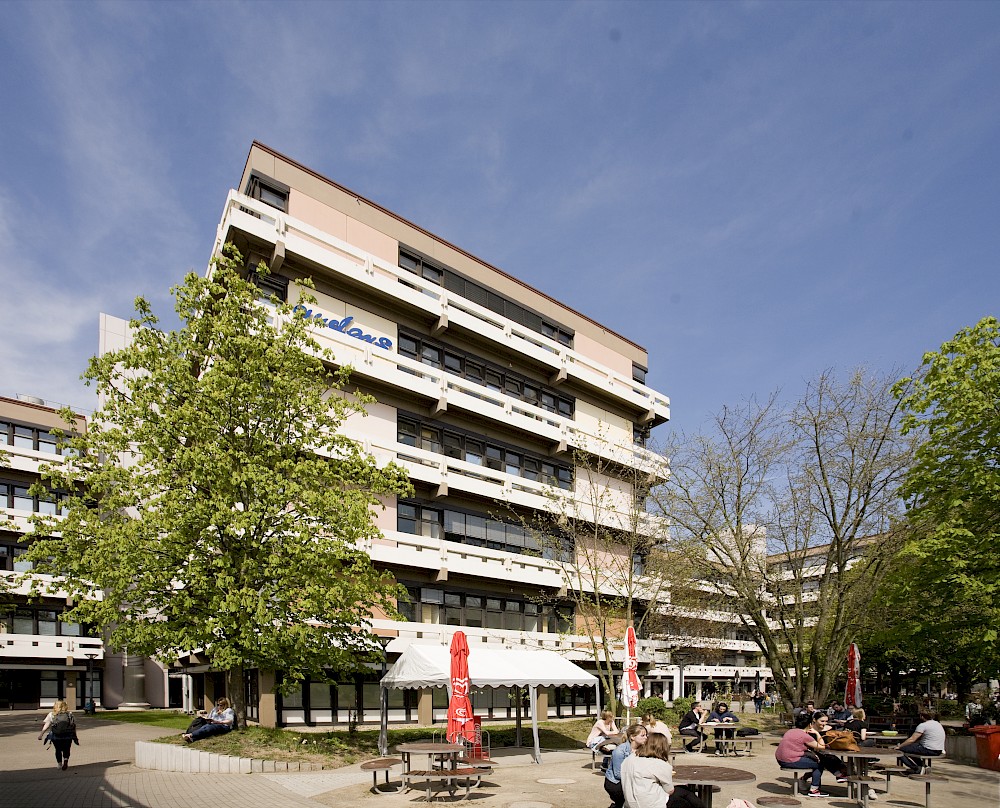 While Lambart's initial designs were even more spatially differentiated, the implementation design is based on an elementary prefabricated building system, the Uniplan Hochschulbau 720 from the Leverkusen-based company Imbau. This should make the building as flexible as possible and expandable as required. Bruno Lambart was critical of this development. Assembly began in May 1971 and construction was completed in October 1972. The design was determined by the specified grid of 7.2 x 7.2 meters. All reinforced concrete elements - from the columns to the slabs to the escape balconies - were prefabricated industrially. In the centre of the 5 to 6-storey building is a large entrance hall behind which three lecture halls are located. The cafeteria and canteen as well as seminar and administration rooms are adjacent to it. In 1980 the University of Education was integrated into the University of Dortmund. In addition to the Pedagogical University, Bruno Lambart also designed the canteen (now the BlueBox) of the Ruhr University Bochum and the university library there.