In 1957 the building was completed as the Annette-von-Droste-Hülshoff-Realschule. The design was the result of a competition and came from the building department of the city of Duisburg. The jury justified its decision with, among other things, the good design and the convincing organisation of the building for school purposes. In addition, the good urban integration into the structural environment was praised.

The urban "anchor" of the ensemble is a two-storey, pavilion-like structure on Geibelstrasse. The ground floor of this building is designed as a largely closed, brick-clad pedestal. This plinth supports the slightly projecting upper floor, which is supported by additional, fine columns and opens with its floor-to-ceiling windows to Geibelstraße. 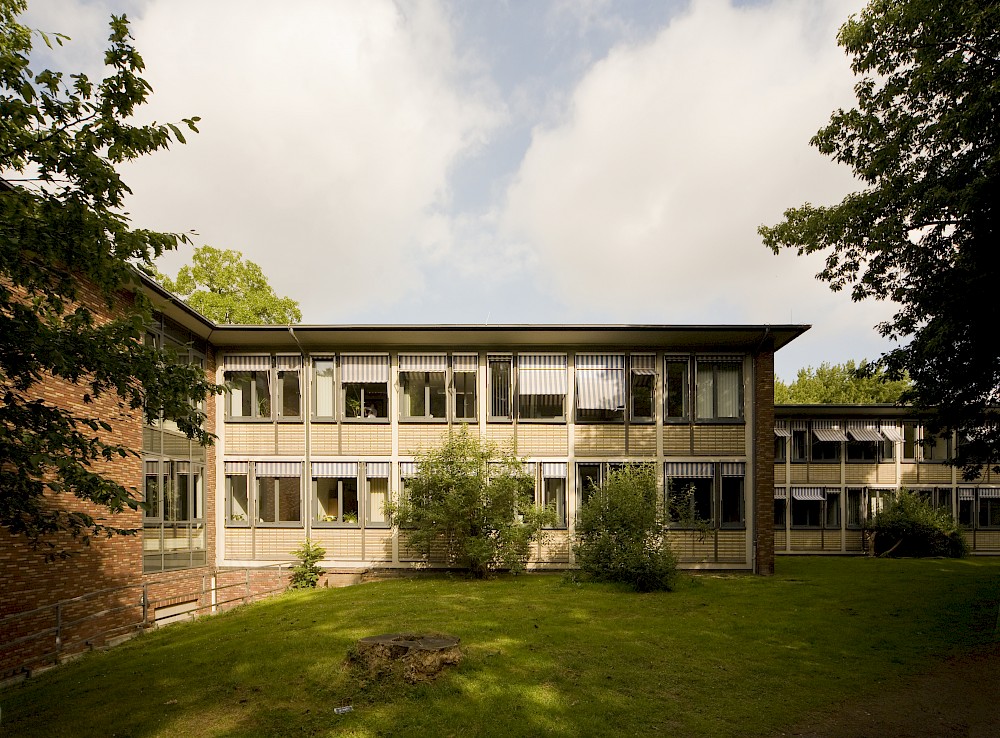 This structure marks the main entrance to the school and serves as a distributor for the two adjoining wings: The first is a three-storey building along Geibeilstraße, which integrates the ensemble into the existing perimeter block development. It is slightly set back from the street and slightly lowered into the ground, which, despite its size, allows it to take a back seat. On the other hand a two-storey wing, which extends to the rear into the green inner courtyard of the block edge development. It consists of a total of three buildings that are diagonally offset from each other and surround the schoolyard on one side. On the other side they form an appropriate counterpart to the neighbouring church of St. Anna. 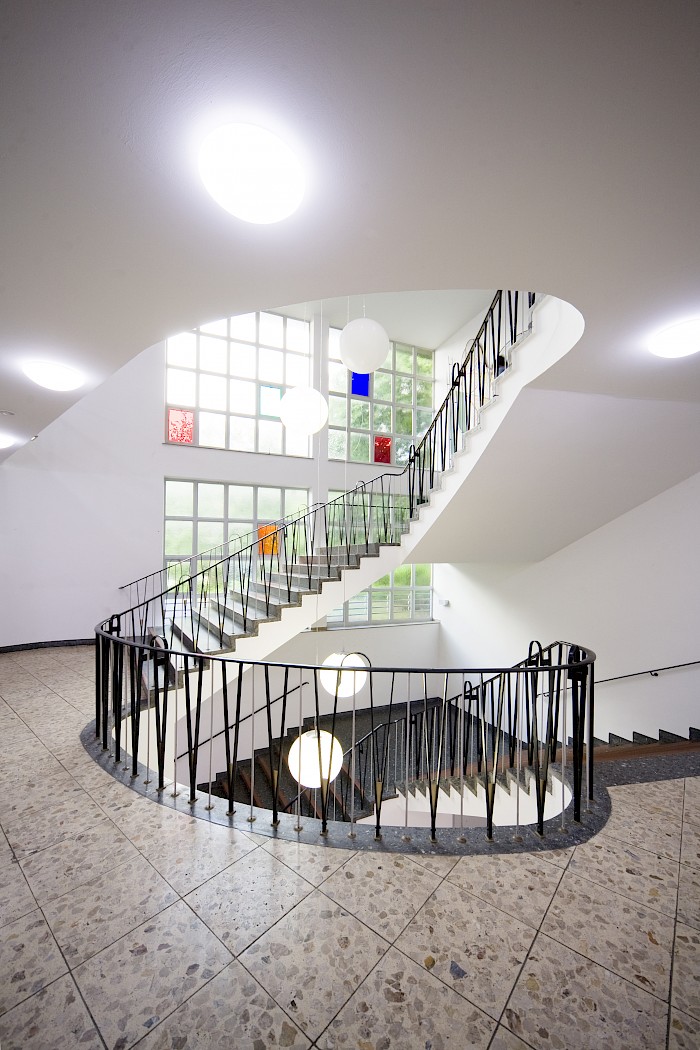 The ensemble initially served as a girls' school and later as a co-educational school. In 1992 it was finally made available to the Gesamthochschule Duisburg (Duisburg University of Applied Sciences) and has since been used by the University of Duisburg-Essen. Today it houses various academic offices and institutes.

The architectural design is typical of the time when the building was built and clearly but unobtrusively sets it apart from the surrounding buildings. The urban connection of the existing block edge buildings with the loosened up buildings in the inner courtyard is exemplary to this day.

During the renovation and redevelopment work in 1992 (windows, façade, paintings in the foyer), there was a sensitive handling of the original building substance. 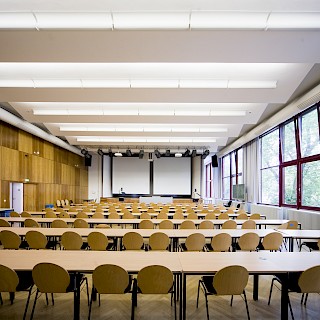 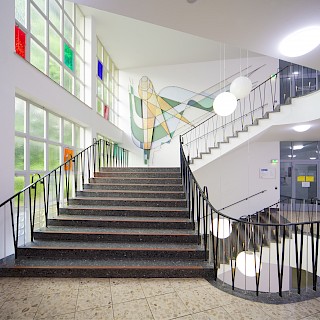 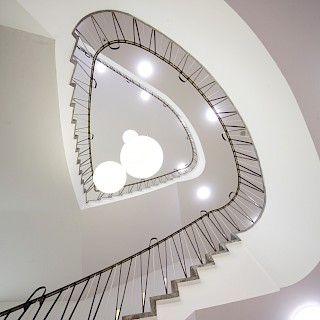 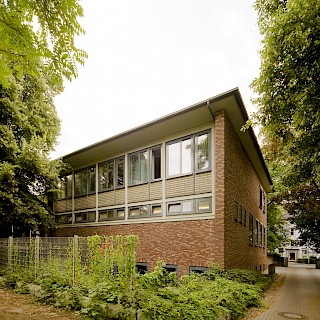 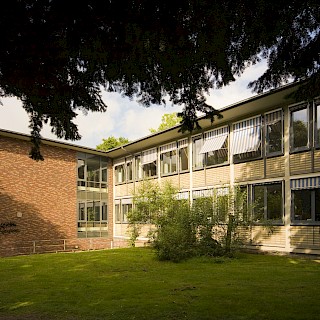 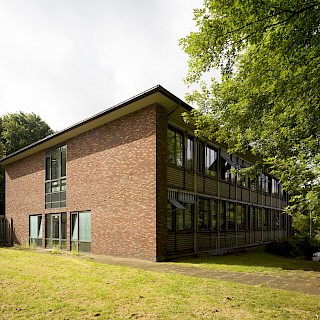 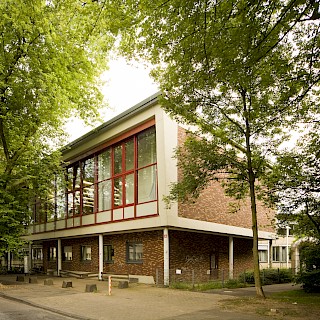 Administration building of the University of Duisburg-Essen