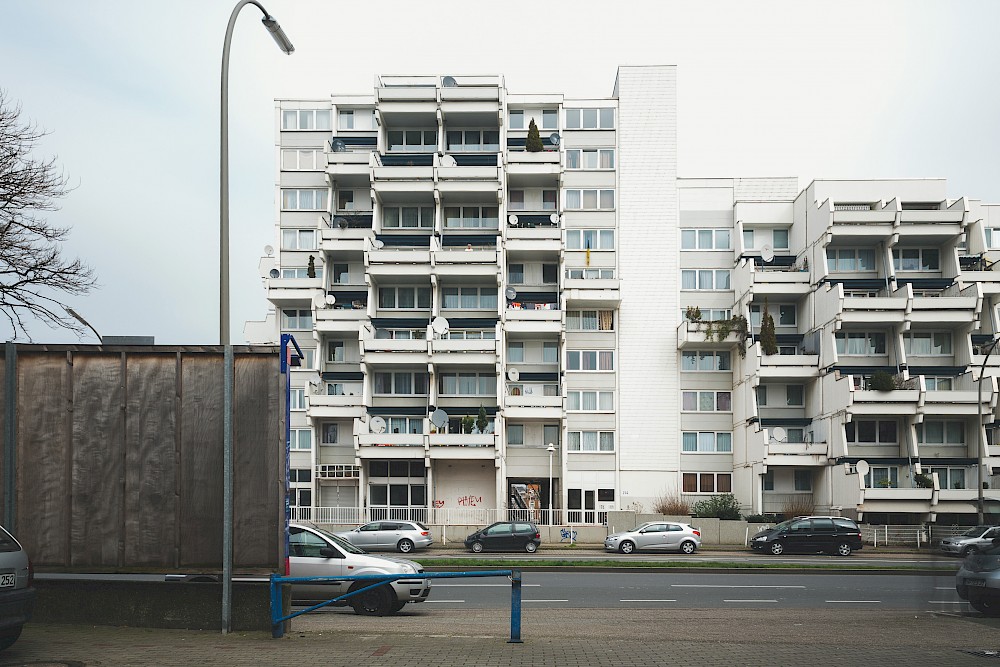 The "little Hannibal" is a form of the residential building considered modern in the post-war years. With 232 units on up to 12 floors, it was to offer the inhabitants of Dortmund's North bright and well-ventilated living space. For the construction, the demolition of some partly intact, partly rebuilt houses on Bornstraße and Jägerstraße was necessary in advance.

Almost all apartments were designed in such a way that they stretch from Bornstraße to the green inner courtyard on half-floor levels, the split levels. Each of the apartments has a large balcony with integrated plant troughs and sunbreakers. Due to the staggered structure of the building, the apartments on the upper floors are less deep. 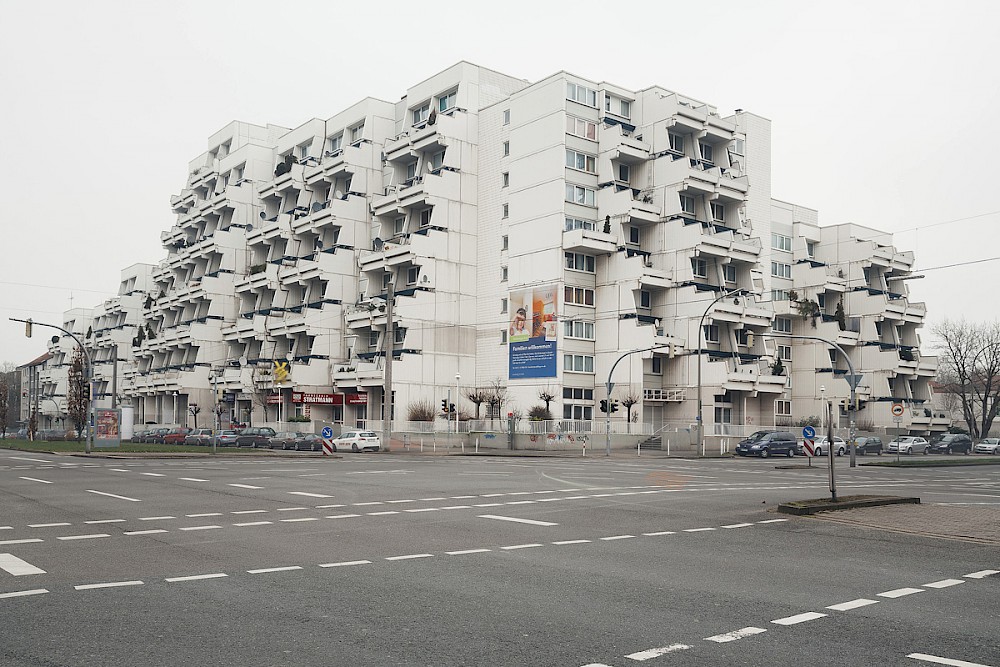 While the part of the building on Bornstraße is accessed via the stair towers, the block on Jägerstraße consists of two porticoed houses in which the residential units are accessed via arcades on the courtyard side. In the courtyard there is another row of three types of split levels. The mass of the buildings is loosened up and varied by the tapering of the storeys, the open, two-storey loggias and the partly rust-red painted sunbreakers.

The carefully used colour accents and the visible quality of the concrete, which was used in prefabricated elements, were largely lost during the last renovation. In addition, the initial euphoria of high-rise settlers diminished rapidly just a few years after the opening. Just like the big brother of little Hannibal, the Hannibal II residential complex in Dortmund Dorstfeld, the building became a symbol of dehumanized mass housing.