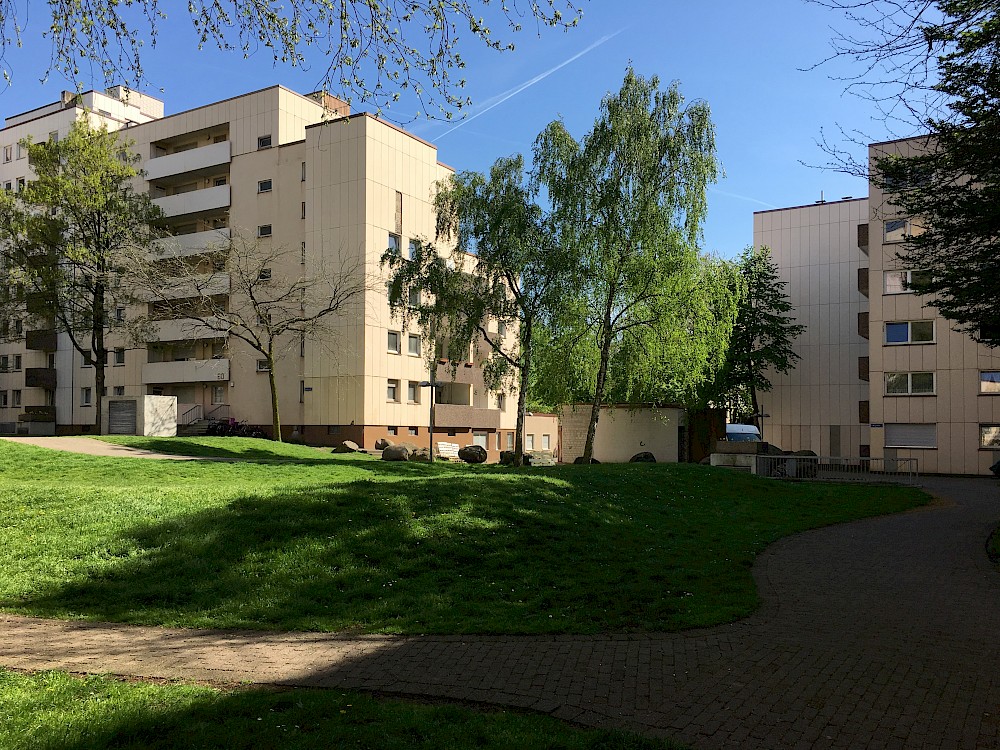 The City Wohnparkt is a typical example of the dense mass housing construction of the 1960s and 1970s and was designed as an urban link between Duisburg's inner city and the Hochfeld district. The building ensemble was realised by the municipal housing association GEBAG and was regarded as exemplary for the implementation of the urban development goals of its time of origin.
424 residential units were accommodated in up to eight-storey building complexes, which were equipped with a central underground car park. The buildings are staggered in their ground plan as well as in the number of floors and combined to form an urban figure, which forms a spatially structured central open space. This green area was designed car-free and was equipped with various types of playing facilities (e.g. boccia, chess, miniature golf).
The concept thus follows both the efforts typical of the time to re-establish space-creating building forms in settlement construction as well as the model of the time "urbanity through density". 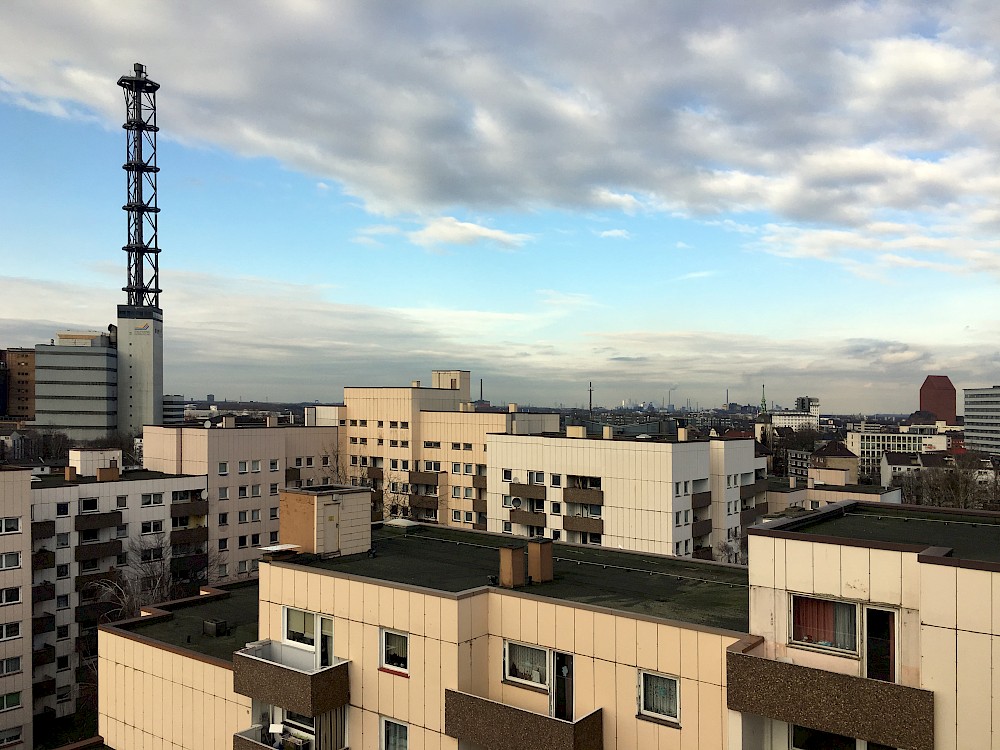 GEBAG is still the owner of the City Wohnpark and has intensified its neighbourhood management considerably since 2015. GEBAG coordinates various commitments and also provides the necessary premises. These include voluntary support for residents through language courses, music education, etc., as well as activities by the Red Cross and the "Heimatgarten" initiative in cooperation with the Gesellschaft für Beschäftigungsförderung Duisburg. In addition, the available space was expanded to include a "repair café", a service office and a communal kitchen. Through structural renovation measures of the facade and the outside facilities, the City-Wohnpark is to do justice to its original intention in the near future, namely the connection of the inner city and Hochfeld in a contemporary form. 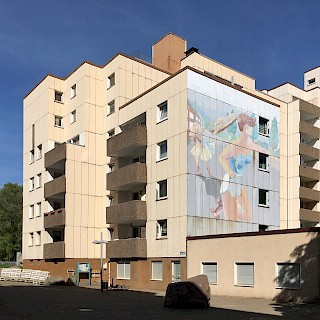 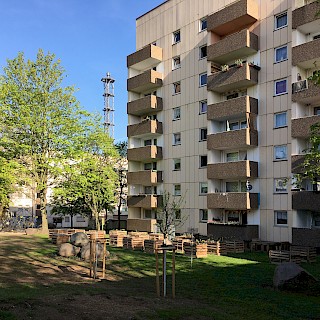 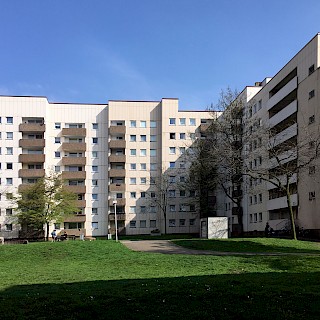 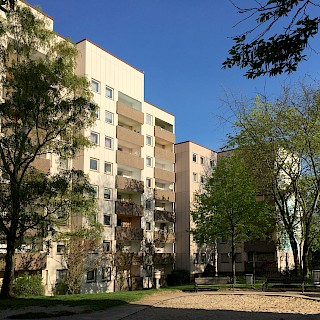