After four years of construction, the new Protestant Hospital in Hattingen was put into operation in the summer of 1967. As a replacement for a previous building from 1901, it was to meet all modern requirements: It should not only be operated efficiently and economically and be state of the art in medical technology, but should also relieve the nursing staff through a rational organisation and make the patients' stay as pleasant as possible both physically and mentally. Wolfgang Rauh Architect BDA / RDS Partner, who had been commissioned by the Protestant parish to design the hospital, therefore questioned the conventional spatial structures in hospital construction and undertook intensive studies, including trips to the USA, in order to realise a new form of hospital construction.

The first building to be constructed was a 14-storey bed house for 350 beds. The construction of this high-rise building - an atypical building type for Hattingen until then - made it possible to start construction of the new hospital on a small plot of land without having to take the old hospital out of operation. This was followed by a 6-storey treatment wing and a 3-storey administration wing, which could only be built after the demolition of the old hospital.

The height staggering and the differentiated façade design of the dormitory tower reduced the massiveness of the large building volume. The vertically structured walls were loosened up by blue mosaic surfaces, which today are only partially preserved. 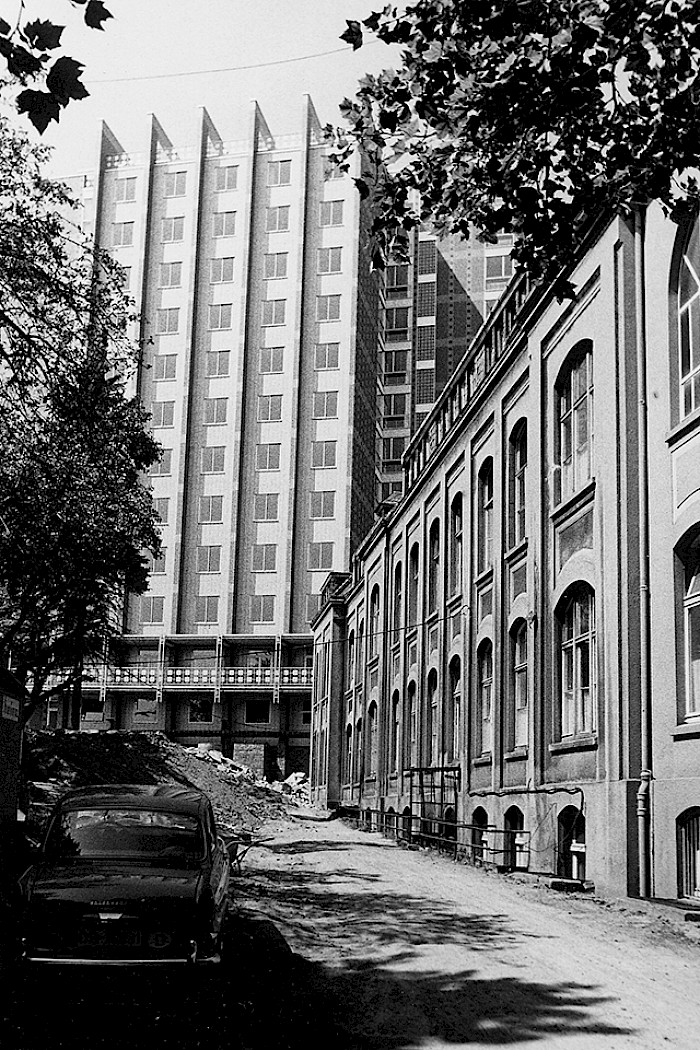 The fact that Werner Figgen, the Minister of Social Affairs at the time, praised the hospital at the opening especially for its low bed price is due to the innovative organisation of the floor plans. While the conventional triple rooms offered little privacy for the patients, especially for the one in the middle, the four-bed rooms designed by Wolfgang Rauh were more spacious. They offered sufficient shunting space for the beds and space for visitors. With mobile room dividers and curtains, the staggered beds could be insulated as required to allow more intimacy without obstructing the view from the window. A separate wardrobe and changing room was also to protect the privacy of the patient.

The patient rooms are located on the outside of a U-shaped corridor, the scale of which, in contrast to the long corridors of conventional hospitals, is perceived by the patients as pleasant and does not evoke feelings of loneliness or anonymity. At the same time, short distances were created for the staff, whose rooms are located on the fourth, open side of the "all-round station". Inside the building, next to the stairwells, there are material and sanitary rooms as well as the so-called ward floorboard, a friendly seating area that, according to the architect, "gives patients the opportunity to sit 'on the market' and participate in the life of the ward".

Due to various structural adaptations and technical modernizations, only a few details have remained in their original state inside the hospital. The exterior, too, was in part strongly reshaped by structural and energetic adaptations. The hospital chapel, which stood out from the other buildings due to its closed, cubic shape and completed the ensemble, was replaced a few years ago by a new medical centre. The residential buildings in the south are better preserved. Here, the clear formal language of the architecture and the openness of the urban development can still be clearly read. 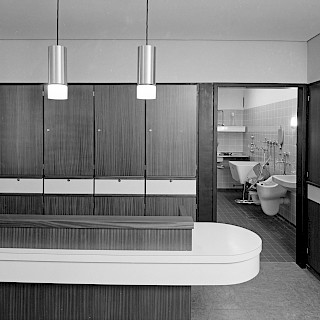 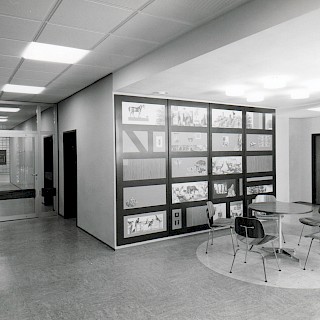 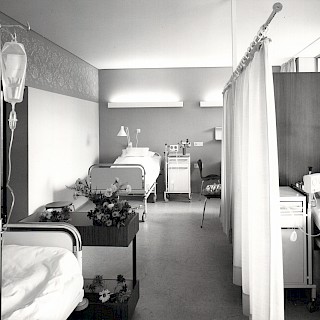 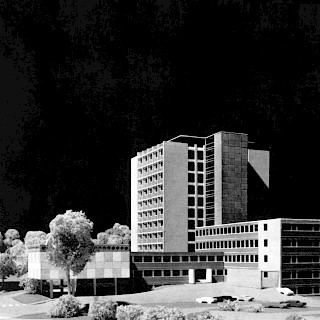