Faculty of Mathematics of the TU Dortmund University 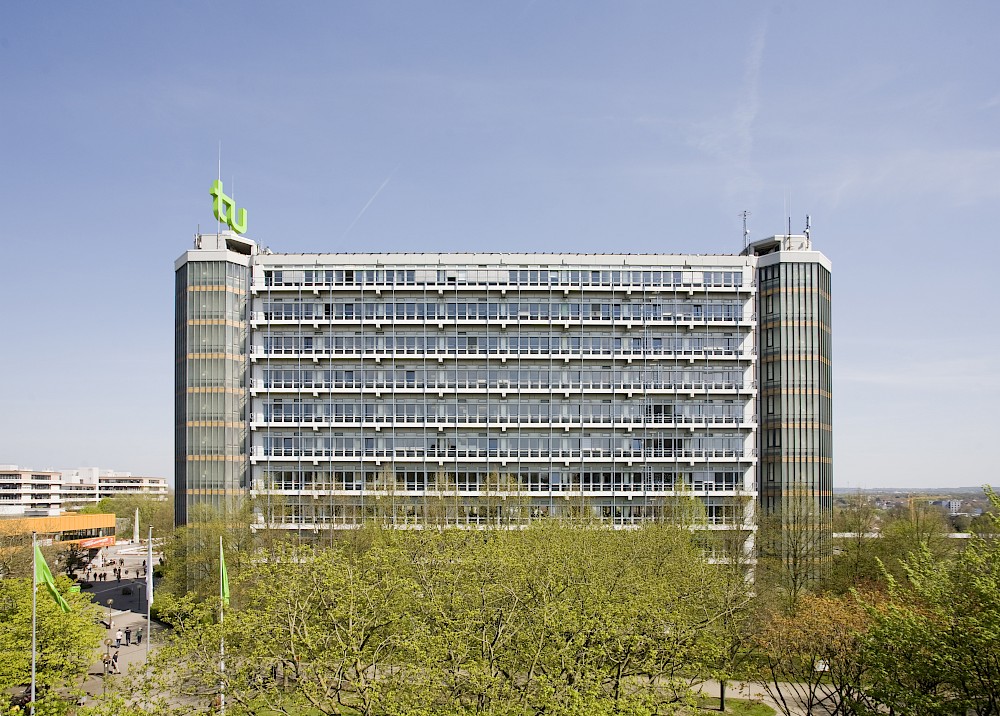 In May 1975, the new building for mathematics was occupied on the main building area of Campus North. Construction of the almost 50-metre-high building, which was designed according to the plans of the State Building Department, began in 1972. The "NRW75" construction system on which the building is based, whose "zero series" was used for the "Mathe Tower" as well as its connecting buildings for physics and chemistry, was developed by the "Zentralen Planungsstelle für Hochschulbauten (ZPH)" (Central Planning Office for University Buildings) of the State of North Rhine-Westphalia, which was founded in Münster. It was also used as a system for stackable uses in numerous universities in Duisburg, Essen, Wuppertal, Siegen and Paderborn as well as at the University of Oldenburg. 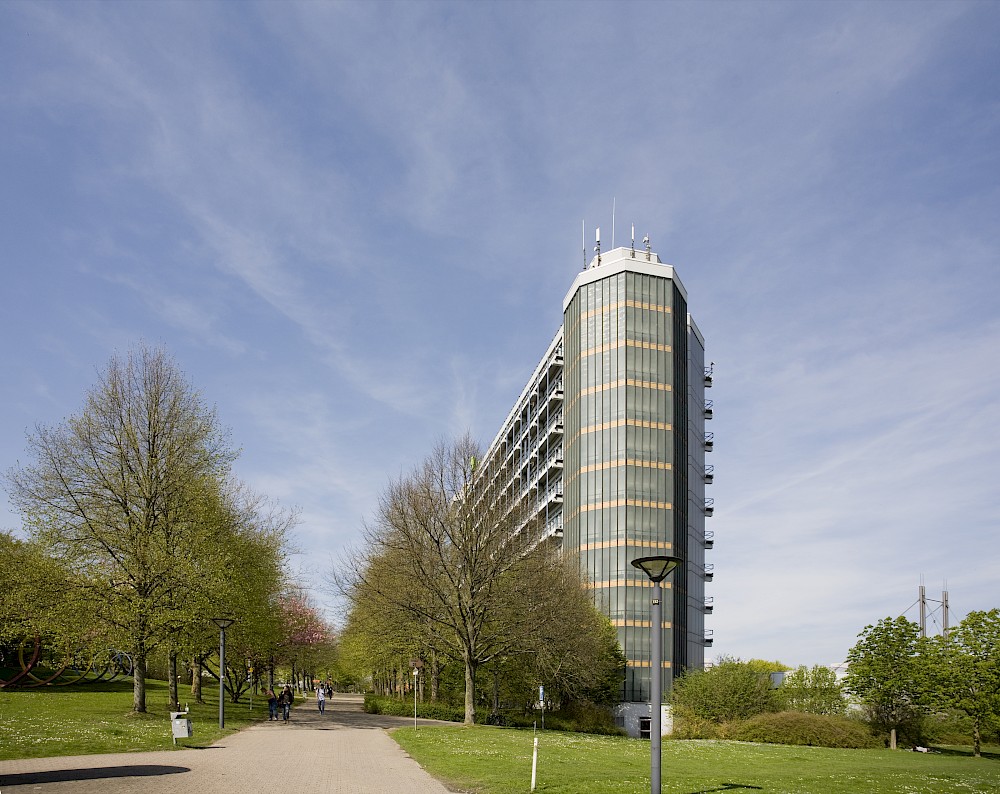 The 13-storey skyscraper is characterised by the fixed point solutions developed on an octagonal ground plan to which the building blocks can be connected at 90 or 45 degree angles. The entire system is based on an axial dimension with a column spacing of 7.20 metres, which results in a corridor length of 28.80 metres. The isolated position of the Mathe Tower can only be understood by adding two wings to the south tower. On the southern part of the northern campus, the group of these type buildings follows the height of the terrain, with the ground plan following the height of the terrain. Supplemented by laboratory halls of different cubatures and the lecture hall building II, it is set apart from the central pedestrian zone. The hard appearance of the building system of the entire building group interacts with the characteristic buildings in its surroundings such as the refectory or library.