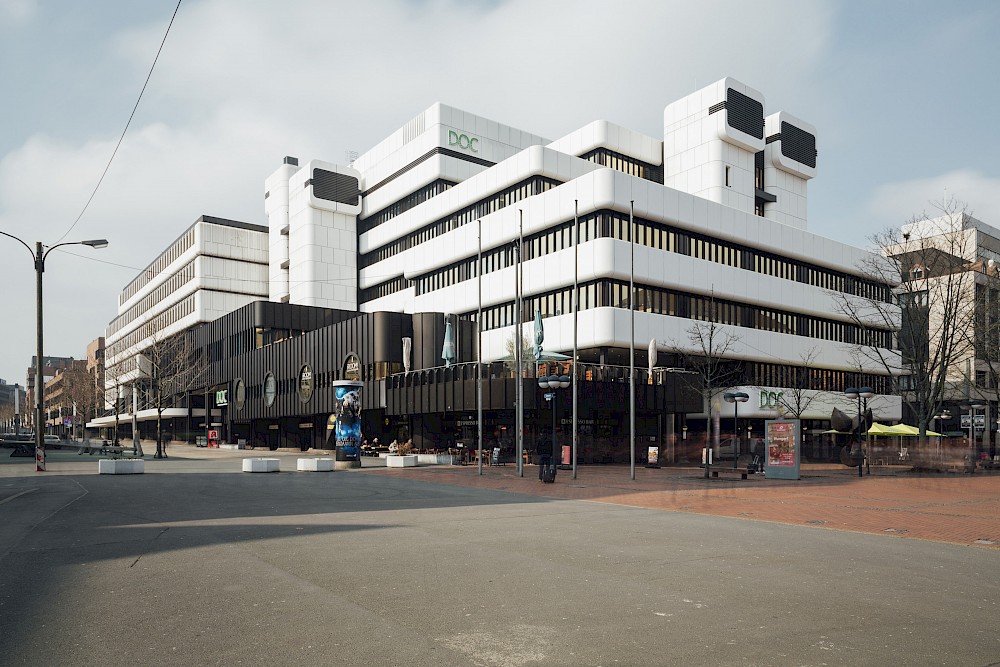 After the submission of the architectural plans for the building complex on Kampstraße in April 1975, construction began in the autumn of the same year. The building designed by the architect Harald Deilmann was completed on 29 August 1978.

The Kampstraße was an ideal location for the complex in the city centre of Dortmund. After the massive destruction of the Second World War, Dortmund's old town was almost completely rearranged. The overstamping of the medieval city centre offered architects the opportunity to overcome old standards and pursue new architectural and urban ideals. This reorganisation, which had been propagated since the 1950s, was implemented in Dortmund with great consistency and continued in the following decades. The Kampstrasse underwent a slight change in its location and became a new east-west axis parallel to the Hellweg by widening it to almost 40 metres together with the Brüderweg. The office and commercial buildings built here were to give Dortmund's city centre a modern face. 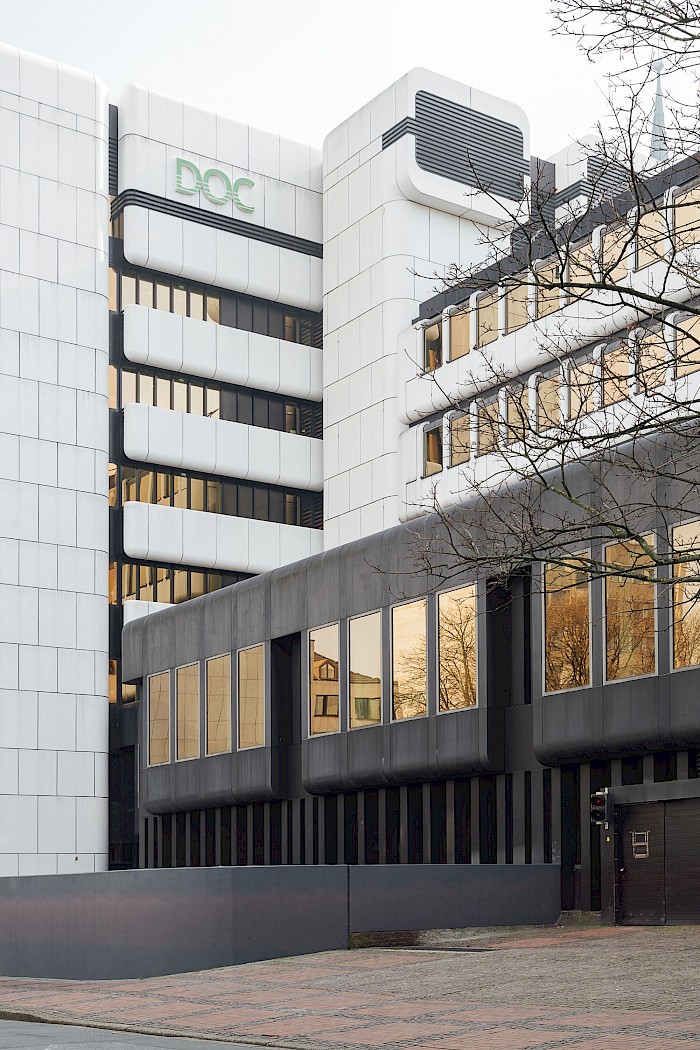 The complex of buildings of WestLB and Dresdner Bank is an outstanding example of the architecture of the time. Harald Deilmann, who was one of the best-known German architects of the 20th century, almost programmatically implemented the architectural ideals of post-war modernism, but always gave his buildings their own signature. Nevertheless, in designing the building he did not renounce the formal reference to the WestLB buildings in Münster and Düsseldorf, which he also created. The dominant design elements of the multi-storey, staggered building are above all the white lightweight concrete strips alternating with the bands of brown-vaporised sun protection glazing and dark aluminium frames in between.

Between 2011 and 2014, the entire building complex was renovated and converted into a medical center. Planning and reconstruction were carried out by the Düsseldorf architects Eller and Eller. Deilmann's unmistakable handwriting was to be retained. The outward appearance typical of the period has largely been preserved. Both the aluminium windows and the gold-vapourised sun protection glass had to be specially manufactured in order to preserve the typical appearance of the façade. Both were no longer available at that time. However, interior design details were almost completely removed in the course of the eviction of the former WestLB. Only the tiled staircase was preserved. The rest has been redesigned. 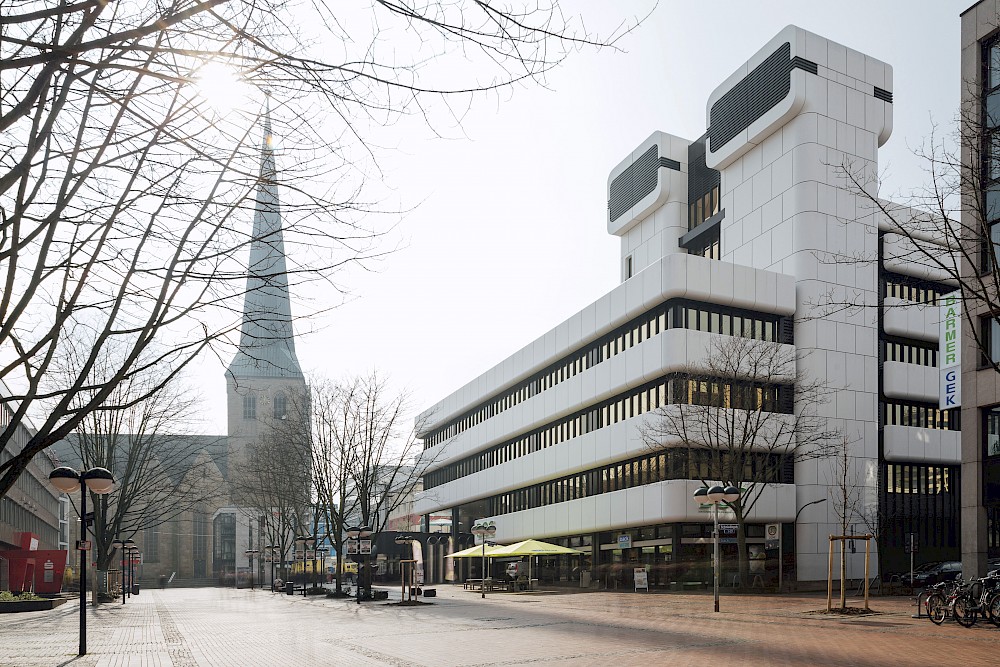 Photo: Ben Kuhlmann
Back to overview