The Geschwister-Scholl-Schule in Lünen is one of the most important examples of post-war modern schools. It was designed by famous Berlin based architect Hans Scharoun and realised from 1956 to 1962.

Scharoun applied the principles of organic architecture and focused on the children’s  needs and stages of development . Instead of the barracks-like educational institutions of the pre-war period, he designed a completely new concept of school buildings, which was intended to promote the students' individuality and independence. He called his classrooms "school apartments". They should support the sense of community and depict democratic society in miniature. Each school apartment has a polygonal floor plan with a classroom, an adjoining room, an entrance area and an open-air classroom. In this way, the exterior space is included and a connection to nature is established. The hexagonal rooms allow not only conventional frontal instruction but also other arrangements for which the light furniture can be converted quickly. 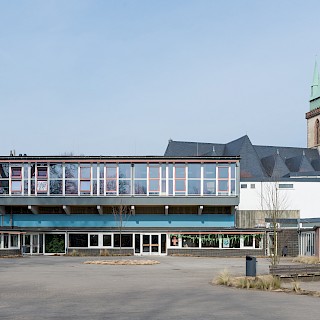 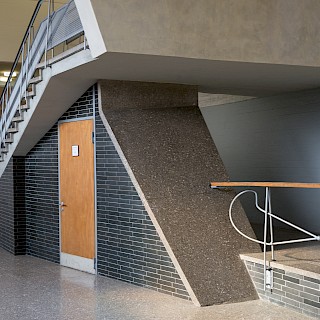 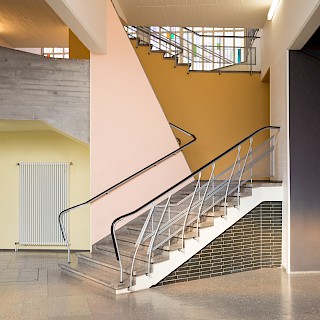 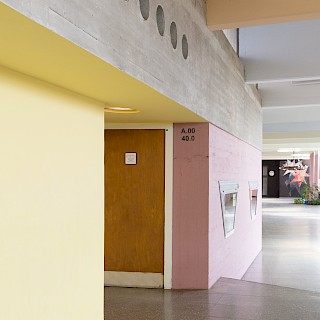