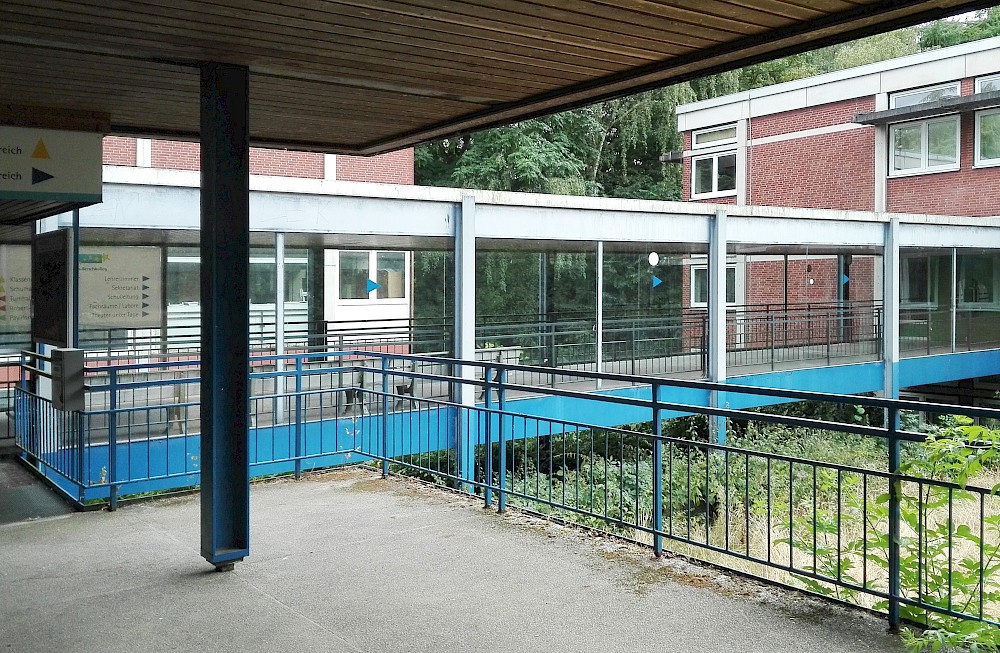 In the 60 years since its construction, the school building on Sckellstraße in Dortmund has already undergone some changes. After 4 years of construction, it was put into operation in 1962.
Dortmund architects Otto-Heinz Groth, Werner Lehmann and Wolfram Schlote won the competition. They also designed the Buschmühle restaurant in the adjacent Westfalenpark.

The building complex consists of several areas connected by covered corridors. The outer ends define two large cubic buildings. To the east are the auditorium and the gymnasium. In the west there are classrooms grouped around a green courtyard. The comb-shaped main wing extends between them.

Until 1983 the Goethe-Gymnasium was located here. After his move to Stettiner Strasse, most of the rooms were used by the Robert-Schumann-Berufskolleg, which moved to a new building at the Dortmunder U in 2016. The auditorium is the venue of the Dortmund Children's and Youth Theatre. The remaining parts of the building complex are empty and in need of renovation. Before the planned sale to a private investor, the ensemble is to be placed under a preservation order. After that, it will probably be gradually rebuilt and supplemented by two new buildings. In the former classrooms, apartments of different sizes are to be built. The building fabric is to be largely preserved true to the original and renovated in coordination with the preservation of historical monuments. (as of June 2018) 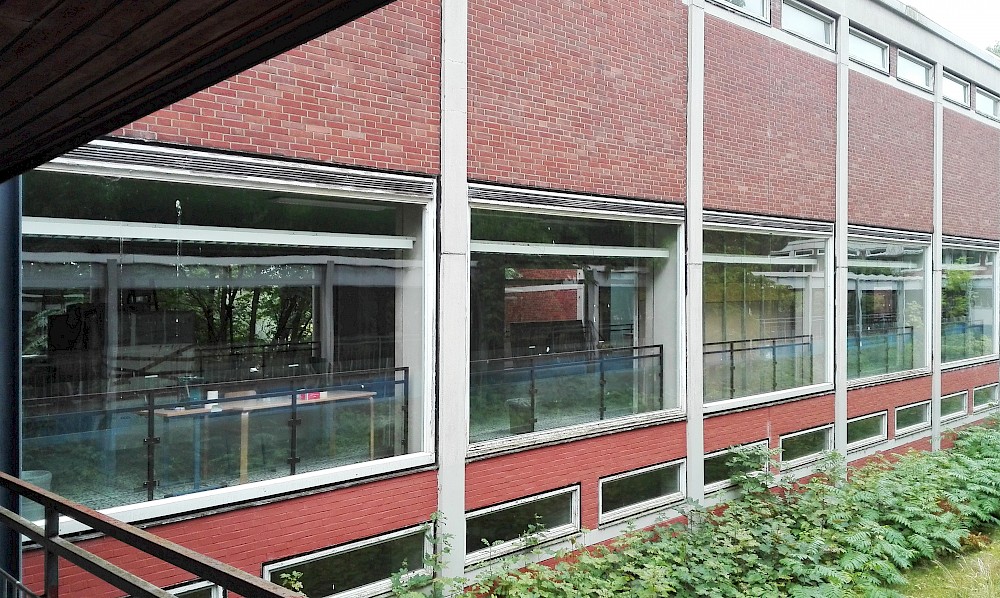 Vacancy, conversion to apartments is planned