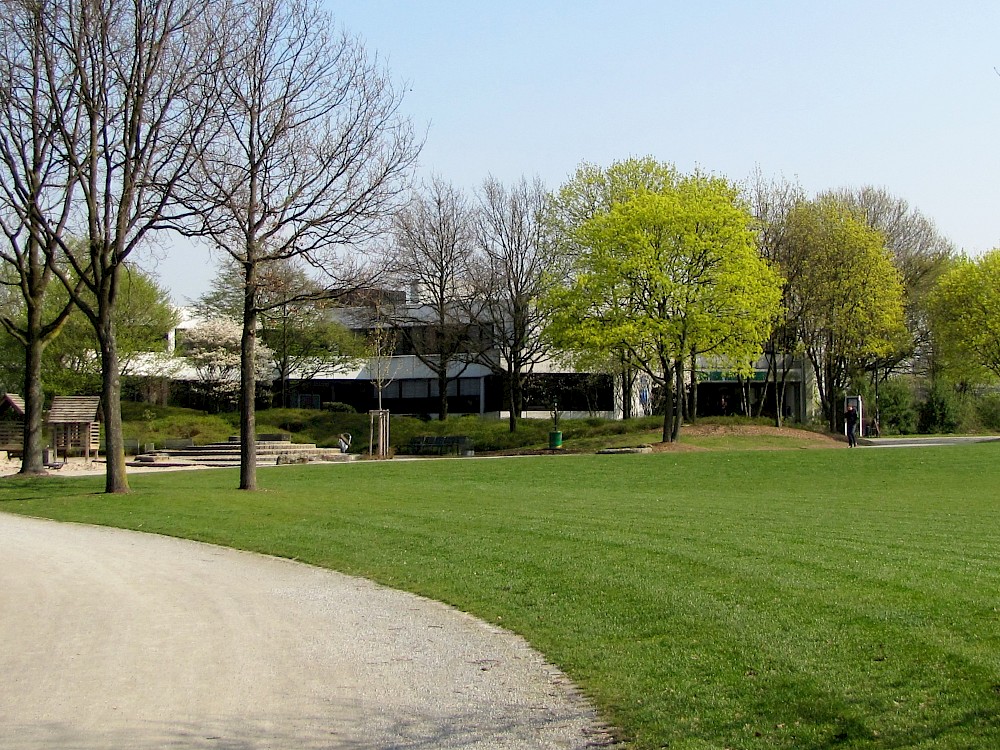 In June 1969, the Cultural Committee of the city of Mülheim an der Ruhr called for a spatial programme for the educational centre Ruhr ("Bildungszentrum Ruhr"). After ten years in which the concept was sharpened, a competition was announced, planned and built, this house of adult education opened its doors to the citizens of Mülheim in 1979 - as the Heinrich-Thöne-Volkshochschule.
The Mülheim VHS (Volkshochschule - adult evening classes) is an example of many buildings of this kind that were built from the mid-1960s onwards. In 1964, in a memorandum on the expansion of adult education in the state of North Rhine-Westphalia, Paul Mikat, then Minister of Education and Cultural Affairs, criticised the lack of premises for these purposes. Only a few adult education centres had their own houses such as the "Insel" in Marl. It was not until 1974 that further education was legally anchored as the fourth pillar of the education system and thus became a municipal task. In this context, the efforts of the city of Mülheim an der Ruhr to concretize the already initiated planning were intensified. In 1975, after lengthy debates, the implementation of the first construction phase was decided.

The design had already been found in 1972 in a competition to which four architectural associations had been invited, among which the team Seidenstricker, Spantzel, Teich, Budde, Gutsmann, Jung could prevail. The design was further developed and executed by Dietmar Teich.

The VHS is located west of the city centre on a slope above the Ruhr. Nearby are Broich Castle and the town hall. The staggered building on an irregular ground plan adapts to the topographical conditions and creates references to the outside space via small terraces and staircases.

Reinforced concrete construction is characterized on the outside by the alternation of light and dark zones, which are characterized by the white concrete parapets made of precast elements and the Inside the building, the levels are offset semi-detached to the central foyer. This creates spatial units that can be assigned to the different functional areas of gymnastics, works, natural sciences and electronics. A colour coding system supports orientation.

In order to avoid the character of traditional school buildings, the course rooms have been grouped together and arranged around communication areas, which in turn are connected to outdoor terraces. The floor plans of the course rooms deliberately stand out from the usual classroom design and allow flexible furnishing.
Gymnastics rooms, laboratories, workshops and studios are available, as well as a cafeteria and rooms for administration and lecturers.
A second construction phase with a studio theatre was not realised.

For some years now, the Heinrich-Thöne-Volkshochschule has been the focus of public debate, as the city is considering selling the property. Since 2017, the building has been empty due to fire safety deficiencies. The feasibility and costs of the refurbishment are being debated. With the support of the architect Dietmar Teich, a citizens' initiative is campaigning for the preservation of the listed building in its original function.