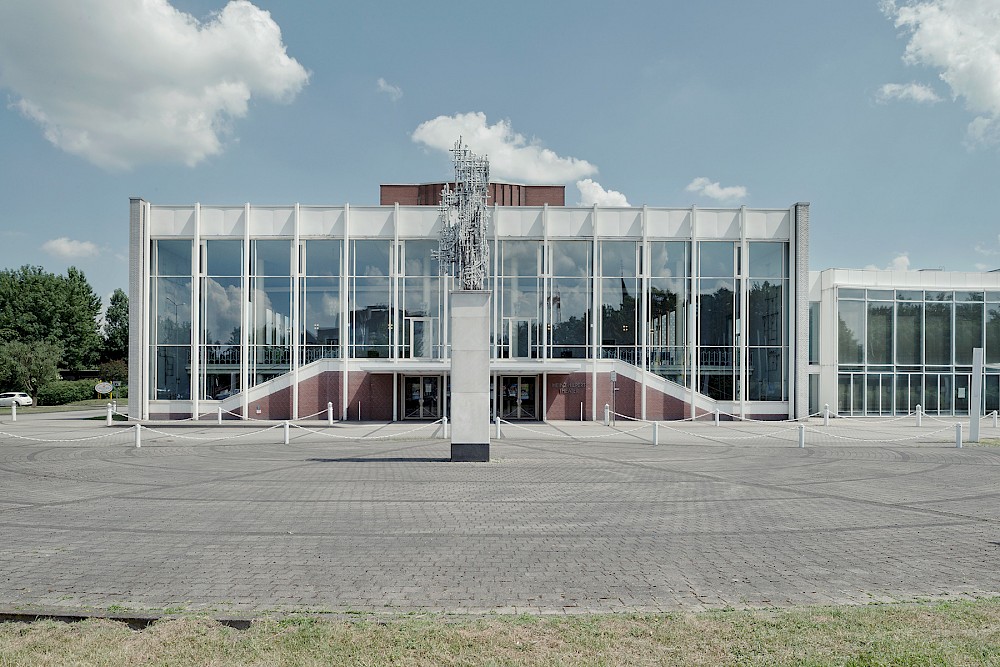 The Heinz Hilpert Theatre, opened in 1958, is located on the edge of Lünen city centre, directly on the river Lippe. Its architect Gerhard Graubner, an important representative of the "Stuttgarter Schule", had planned the expansion of Düsseldorf into the Gau capital during the Nazi era. Later he became known above all for (reconstruction) planning for theatres, including the Bochumer Schauspielhaus and the Stadthalle in Mülheim an der Ruhr.

These projects attracted the attention of the city leaders in 1955, who intended to build a city hall with two halls, a stage house and a restaurant. After discussions in the city council and the population, but also with the architect Graubner, who was commissioned in the meantime, the plans were reduced to the construction of a "classical" theatre with rank and boxes and ascending seating.

The house was to be suitable as a guest performance theatre for all genres, but also for concerts and film screenings. This posed a particular challenge for the acoustics and stage technology. The theatre has 765 seats, 122 of which are in the 13 boxes. The stage is 22.50 metres wide and 25.30 metres deep, the main stage covers 315 square metres, the side stage 185 square metres. The total costs amounted to 4.2 million marks.

The glazed façade of the auditorium, structured by anodised aluminium frames, is oriented towards the centre of Lünen. From the outside you can see the staircases through which visitors enter the foyer. The side walls are clad with white clinker. Above it rises the stage tower clad in red brick.

In October 1958 the theatre was ceremonially opened. The inauguration speech was given by the well-known actor and director Heinz Hilpert, who had made several guest appearances in Lünen. The theatre has been named after him since 1966. 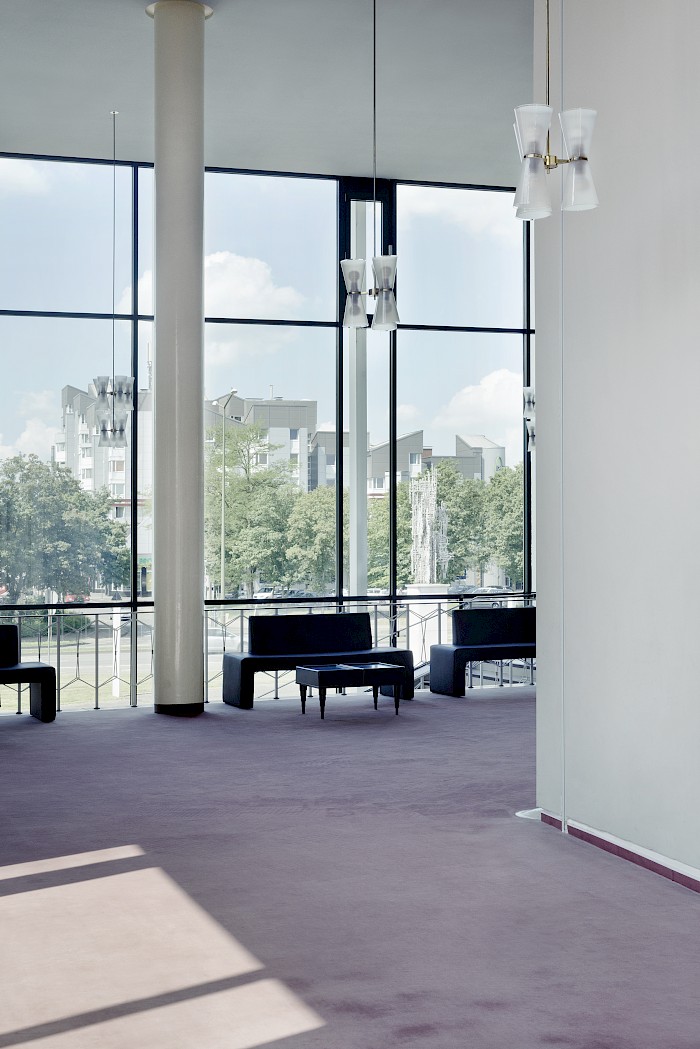 Graubner planned to supplement the other functional areas such as restaurant and large hall later. However, the structural ensemble was never completely realized. The architect also designed the interior - from stair railings to lamps. With its colour contrasts and the use of high-quality materials, the theatre was to shine as a work of art. This also included the work of artists recommended by Graubner. Hermann Jünger and Kurt Mergenthal created the abstract wall sculptures "Orpheus and the Animals" and "Orpheus and the Trees" on the staircases, which provoked heated discussions. The figurative bronze sculpture by Gerhard Marcks was taken less critically in 1961. Since 1984 the aluminium sculpture "Aufstrebende Stadt" (Aspiring City) by Ferdinand W. Just has been on the forecourt as a gift from the VAW-Lippewerk, an aluminium producer. 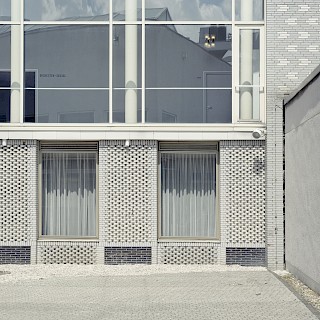 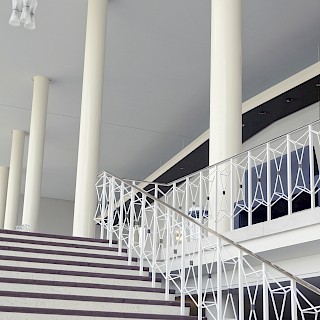