The building complex is a vivid and well-preserved architectural testimony to the architecture of the late 1950s as well as to the dense inner-city residential construction of this period, which was tested in the Federal Republic of Germany on the basis of Scandinavian and North American models.

The ensemble is located on a corner plot within sight of the Oberhausen main railway station and consists of a five-storey and a thirteen-storey building. The higher structure was the city's second high-rise at the time of construction and corresponds in form, material and colour to the distinctive water tower of the station building.

The striking urban position of the high-rise building is emphasised by the colours and sculptured design of its facade facing the station.  The facade is characterised by red and yellow bricks and 48 white balconies. The filigree, curtain-type balconies provide an exciting contrast to the vertically staggered brick facade. Also striking are the two window bands made of coloured glass elements, which serve to illuminate the stairwells and extend laterally over the entire height of the building. The roof and first floor of the building are accentuated by filigree roof overhangs typical for the times.

At the time of construction, the high-rise contained 22 two-room apartments and 60 one-room apartments, each with its own balcony. The building also had a high technical standard for its construction period. In addition to the two stairwells, the house also had an elevator, a garbage disposal system and central washing facilities in the cellar. The complex was heated by a district heating system that was connected to the Oberhausen municipal utility. Retail shops were planned on the ground floor.

The shops continue on the first floor of the five-storey building south of the skyscraper. The 22 larger apartments are located on the four floors above the row of shops. The white, perforated concrete elements, which are distributed across the facade in a chessboard pattern, are particularly striking on this structure. Behind these concrete elements there are four arcades which provide access to some of the apartments. 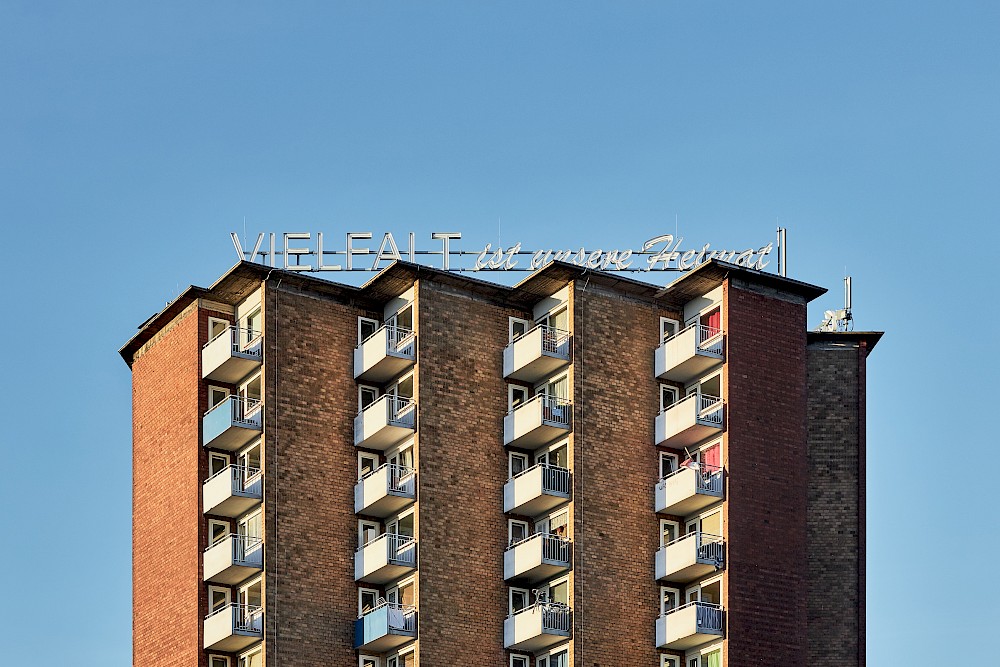 Since the completion of the entire complex, the building fabric has only been managed with minimal effort. Today, therefore, it is in considerable need of renovation and has been suffering from a negative image for many years.

The artistic and social activities that contribute to improving the social climate and the public image of the complex are remarkable. In addition, the current owner is currently planning to renovate the complex in line with the requirements of the preservation of historical monuments. 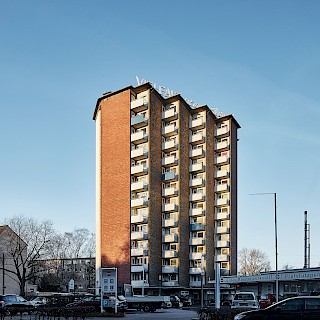 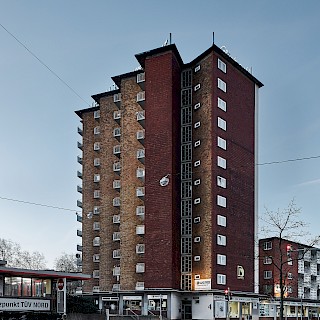