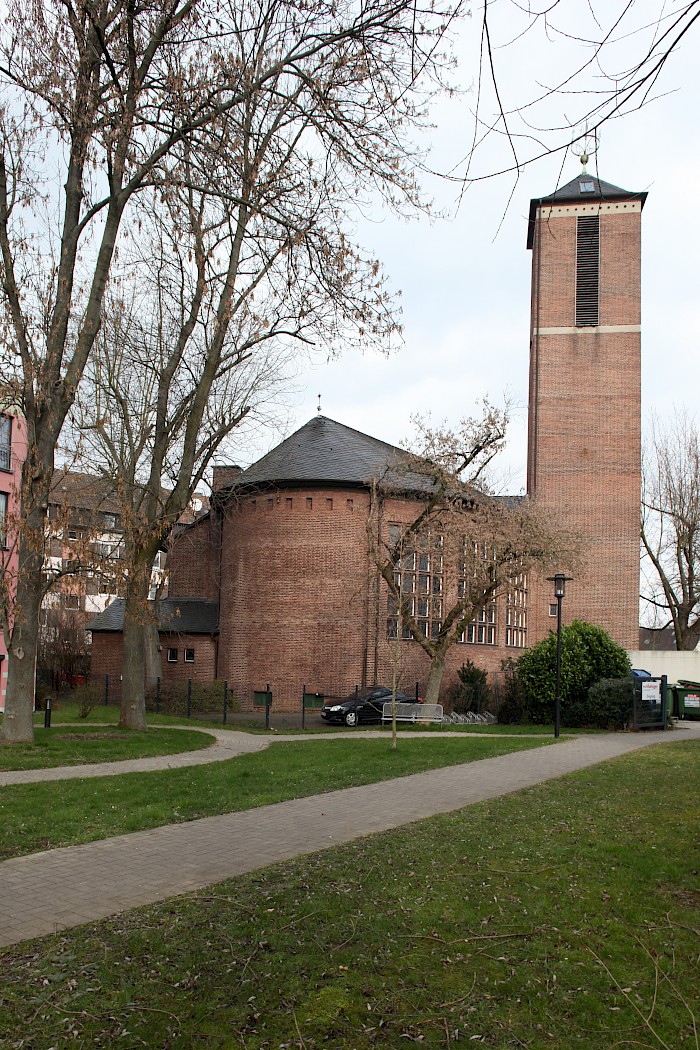 The Lukaskirche in Hagen-Eckesey was built in 1955-57 by Hans Erwin Nau. Between the Volme, a tributary of the Ruhr river with a crossing federal road 54 and a wide long-distance railway line it lies opposite the Wielandplatz. The surroundings are characterised by purely residential buildings. A Protestant kindergarten and a nursing home border the church in the southwest. 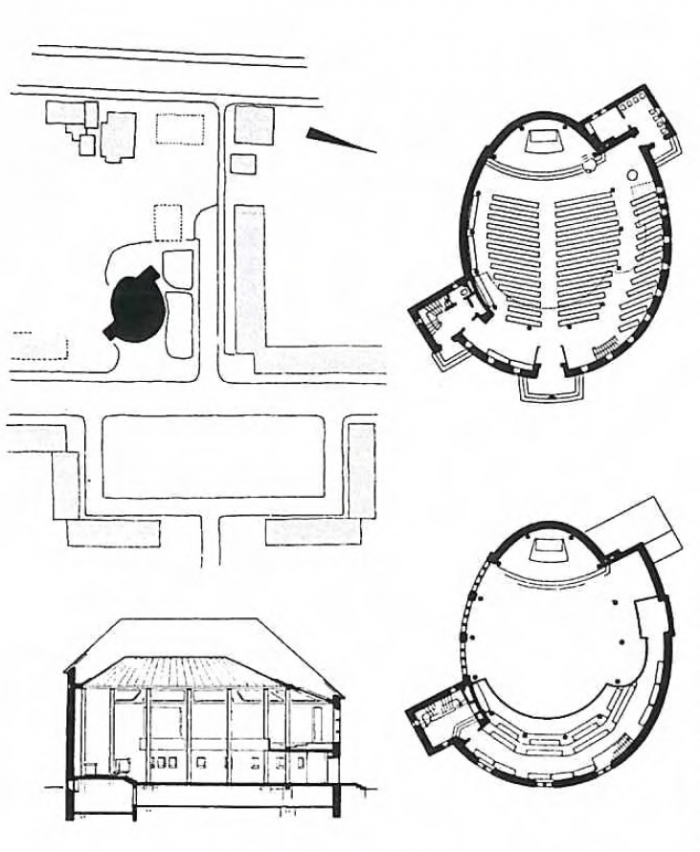 The brick-clad church building rises above an egg-shaped ground plan. While a tower is integrated into the building to the southeast, there is a sacristy extension to the northwest. To the northeast, the building expands in a collar shape. The slate roof follows the rounded ground plan and its ridge runs centrally from northwest to southeast. The façade forms an almost closed form. The eastern main entrance is accentuated by three large multi-part windows and is accompanied by a row of surrounding windows on the ground floor. Three larger multi-part windows are recessed to the left of the tower. A bay window with a stone relief to the left of the annex stands out slightly from the façade.

The interior of the church is dominated by the wooden ceiling tent with ridge line in the central axis. It rests on 14 freestanding round pillars which follow the egg-shaped ground plan. The cantilever forms the only side aisle and contains a gallery on which the organ is integrated. On the ground floor there are three bench blocks, two of which are arranged centrally and form a central corridor facing the altar area in the south-western round.

The closed and rounded structure deliberately contrasts with the surrounding, very high and compact residential buildings and thus clearly stands out in terms of urban development. Since the circular form only became familiar in Westphalia at the end of the 1950s by the architect Denis Boniver, the Lukaskirche is one of the earliest examples for Westphalian Protestant conditions. Despite its central room character, it is a clearly directed church room that is recognizable by the ridge line and the inner structure. One can therefore speak of a mixed form of central and longitudinal building, which shows tendencies towards the special form typical of the time. 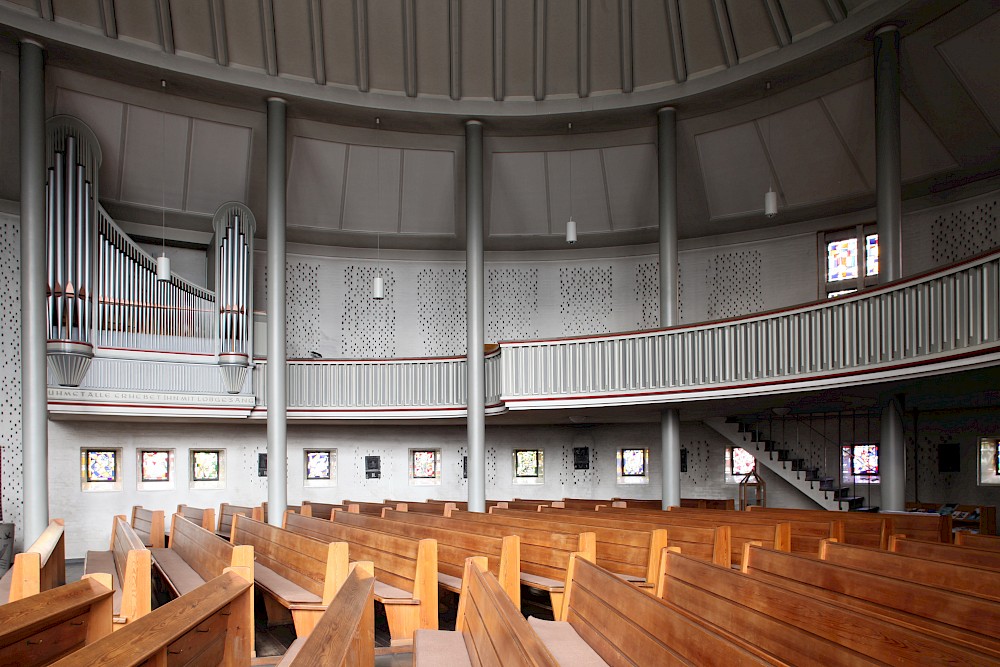 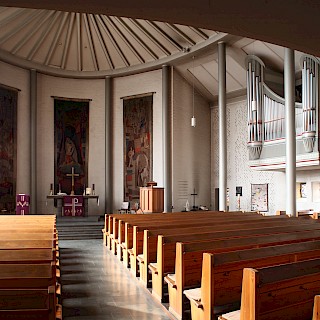 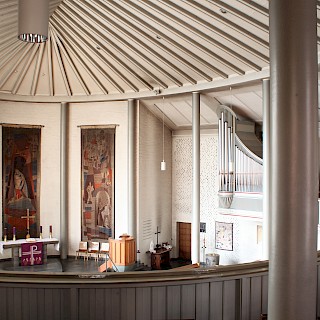 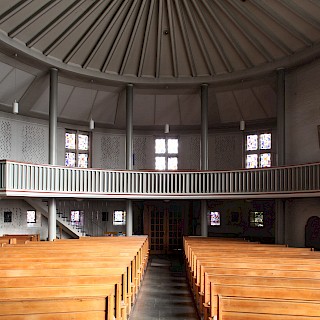