The Musiktheater im Revier, a synthesis of architecture, fine arts and music, opened in 1959. It is considered as one of the most important theater buildings of the post-war period. The architect in charge was Werner Ruhnau.

From the very beginning, visual artists were included in the design. The ultramarine blue sponge relief by Yves Klein in the foyer and the white concrete relief by Robert Adams in the forecourt are the main features of the building. Other works were created by Norbert Kricke, Jean Tinquely and Paul Dierkes. During the construction period, the artists and architects lived and worked together in a "Bauhütte“ inspired by medieval masons’ lodges. It was open for visitors to get in touch with the designers and gather information about the projects.

This democratic approach is also reflected in the architecture itself. The large glass facade in front of the concrete skeleton opens up towards the city centre. Its transparency and openness symbolise that cultural buildings were no longer primarily accessible for an educated elite, but for all people. 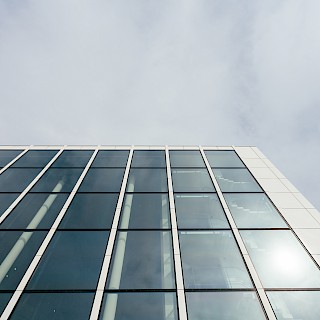 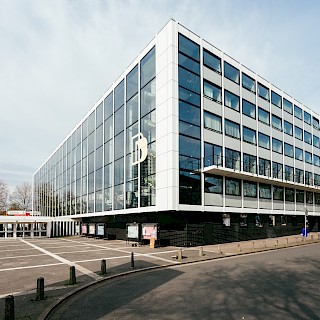