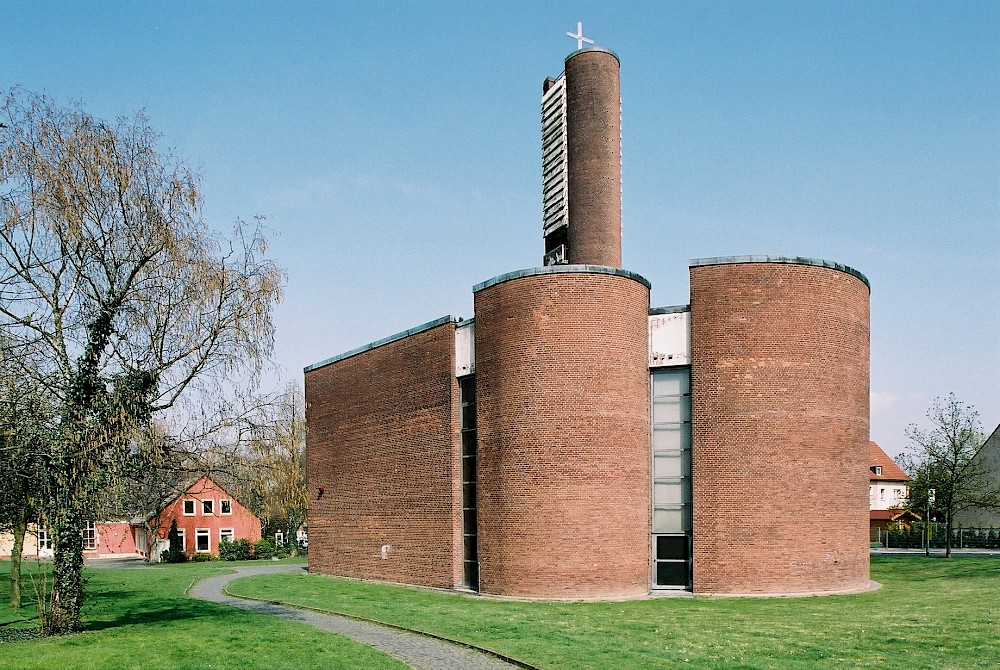 In the course of the population growth that Gladbeck experienced after the Second World War, new Protestant parishes emerged, including in the Rosenhügel district. A church building association had already been founded here in 1955, whose ideas for a modern church were finally translated into a concrete design by the Düsseldorf architect Karl Wimmenauer in the early 1960s. In autumn 1965 the foundation stone was laid and in spring 1967 the church was consecrated.
The result was a sculpturally shaped but at the same time hermetically looking building. It consists of several walls, some straight and some curved, which together enclose the church interior. The tile-clad walls are windowless and protrude beyond the flat roof of the church, which emphasizes the plastic effect of the walls. The tower also consists of two slender, semicircularly curved wall sections and is also clad with bricks. The vertical joints between the walls are glazed and serve to illuminate the church interior. 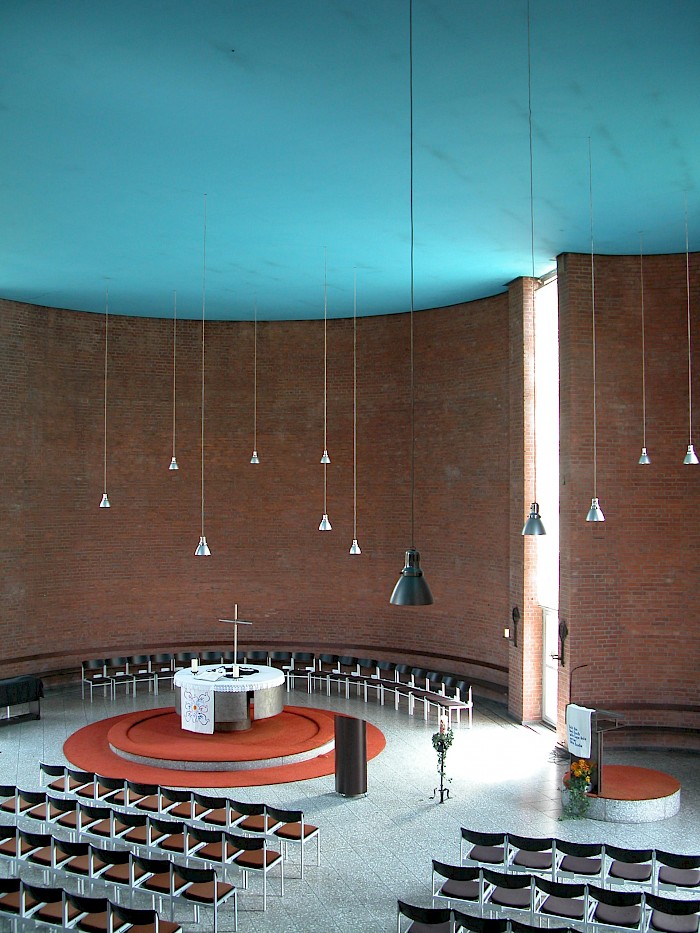 The three rounded wall segments are particularly striking. They form three semicircular niches (conches) inside the church, in which the altar, the pulpit and the baptismal font are equally placed around the church interior. The chairs are arranged in three blocks and aligned with the two conches with altar and pulpit. Another special feature is the completely smooth ceiling, which spans the entire church space without columns and is separated from the outer walls by a surrounding joint. The blue colour of the ceiling stands in exciting contrast to the red of the brick walls. The idiosyncratic architecture and colour design have remained largely unchanged to this day. 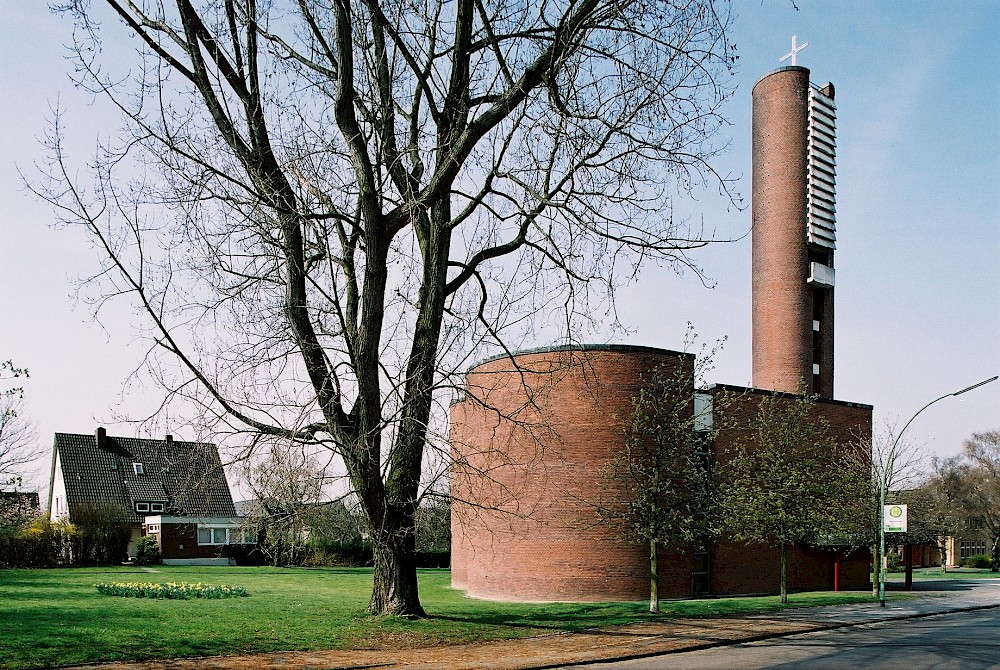