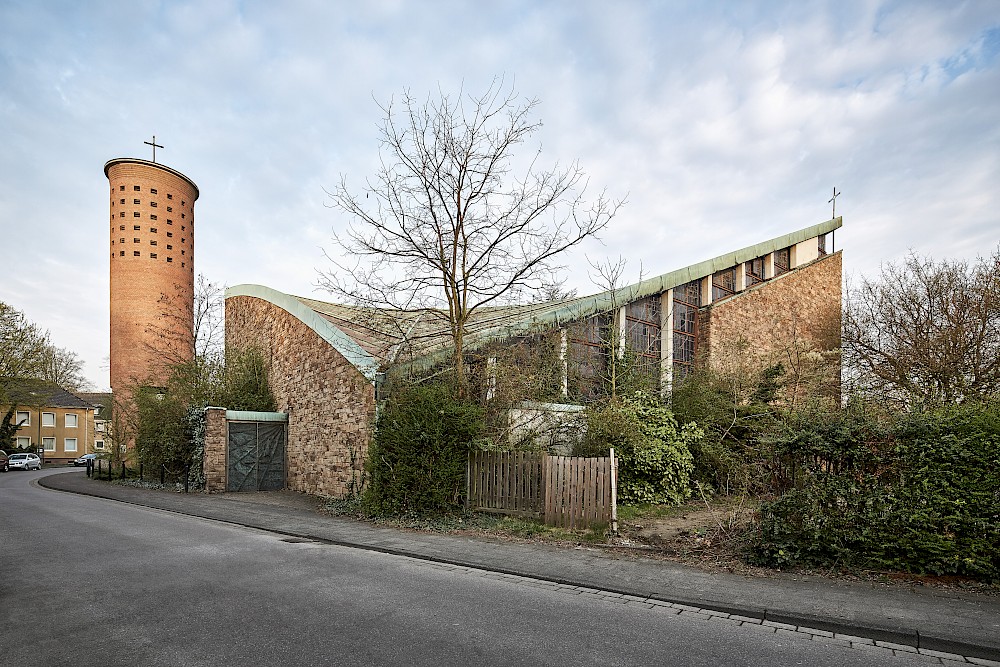 It is named after the patron saint of miners: the church of St. Barbara, which was built between 1961 and 1964 in a residential quarter for the workers of the nearby Hütten- und Bergwerke Rheinhausen AG, an iron worls and minig company.

The district is characterised by residential buildings built by the Krupp company for its employees in the 1910s and 1920s based on the model of the English garden city. The modern asymmetrical church designed by Toni Hermanns forms a strong contrast to this architecture. The roof covering the dragon shaped ground plan is a hyperbolic-parabolic concrete shell that bends up above the altar area. The walls are bricked up with rough quarry stone on the outside and inside. Between the roof and the altar wall there is a joint of stained glass, which continues along the side of the wall. This creates a special lighting mood inside.
Like many churches in the Ruhr area – especially those from the post-war period – St. Barbara was profaned and is now empty since 2011. 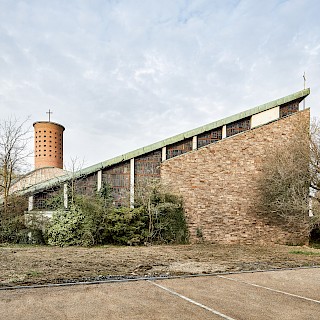 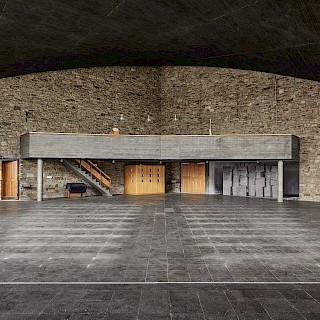 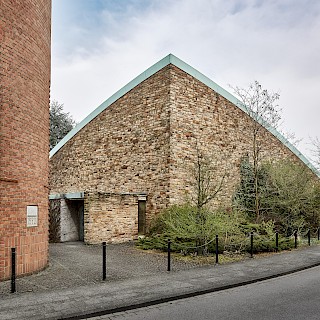 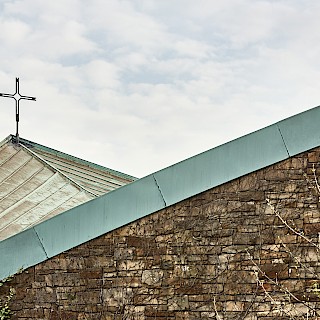