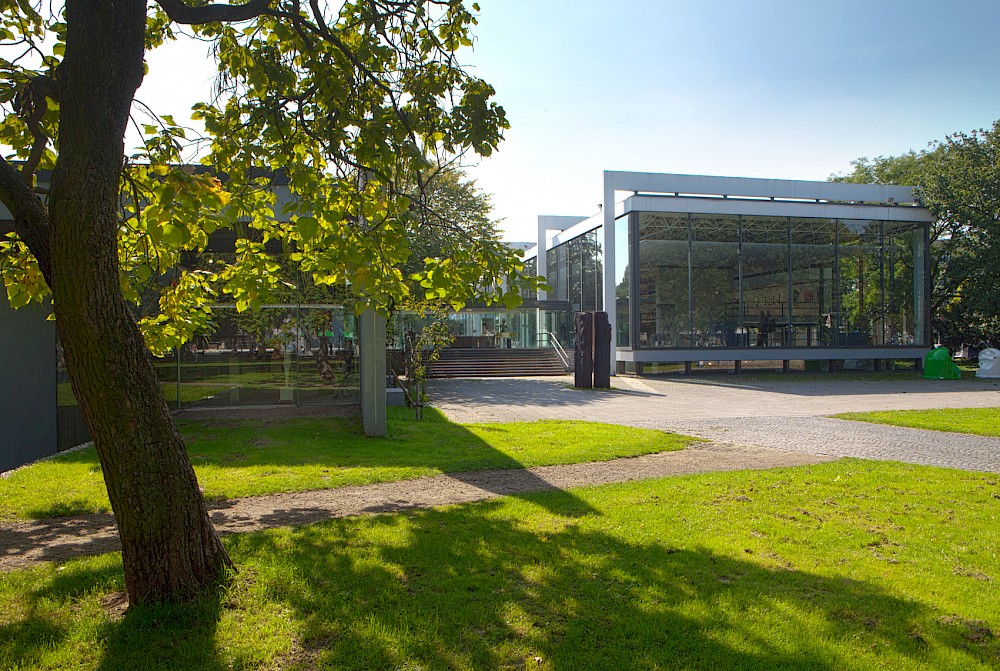 The Wilhelm Lehmbruck Museumhas been nestled in the green of the Kant Park in Duisburg since 1964. It owes its name to the sculptor born in Duisburg-Meiderich. It was conceived as a collection for modern art with a focus on 20th century sculptures on behalf of the city from 1956. Lehmbruck's son Manfred, an architect then based in Stuttgart, was commissioned to realise the building in three phases - corresponding to the various functions of the museum.

As a first part, the large glass hall was completed in 1964, an elongated, cubic steel skeleton building with an all-round glass façade in which the collections of sculpture and painting as well as temporary exhibitions can be displayed as if in a showcase. Thanks to a flexible partition wall system and staggered storey levels, the interior offered extensive adjustment possibilities and varied visual relationships.

At the same time, but formally contrary to the glass hall, the Lehmbruck tract for the sculptural and painterly work of the artist was created. The reinforced concrete construction is plastically structured and faces inwards. The gallery levels are embedded in the earth. The rooms are grouped around an open atrium on a square ground plan. The outer walls are constructed as arched concrete shells offset against each other, between which high windows open to the park. The ceiling seems to float above a continuous skylight strip. 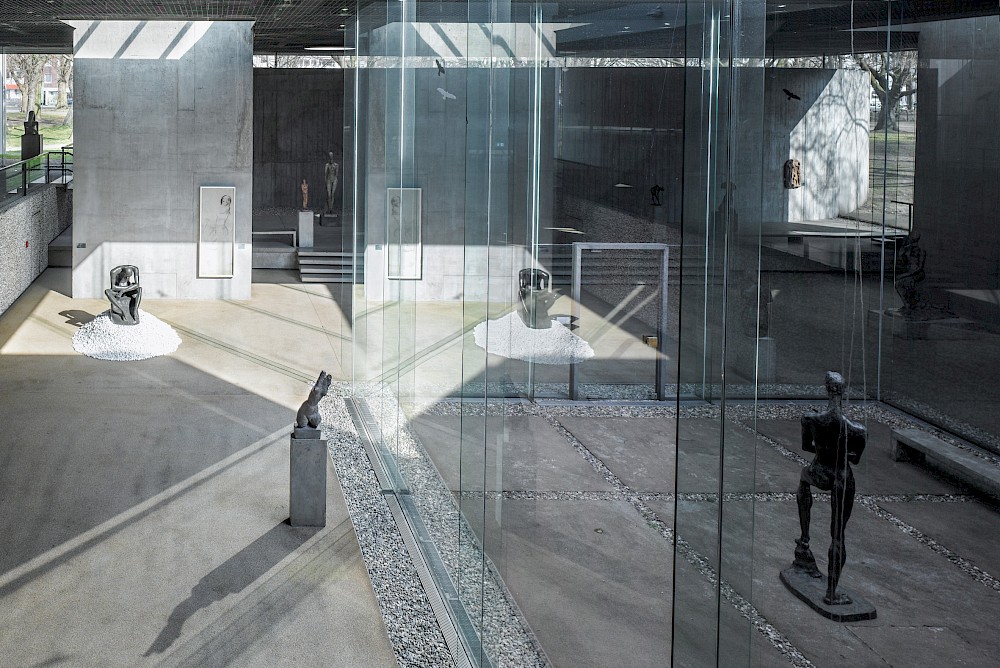 In addition to exposed concrete and glass, Lehmbruck used natural-looking materials such as brown bricks and white pebbles.

At the angle between the buildings is the sculpture courtyard, which opens onto the adjoining Kant-Park. The large sculptures installed here mediate between the geometrically clear architecture of the building and the flowing forms of nature.

In 1983, the Duisburg City Council decided to add a building for temporary exhibitions and again commissioned Manfred Lehmbruck in cooperation with Dortmund architect Klaus Hänsch to carry out the extension, which was opened in 1987. The complex of three differently sized and windowless cubes closes the third side of the courtyard. In addition to exhibition space, there is a library, administration rooms, workshops and depots. A glass bridge connects the glass hall with the extension building. 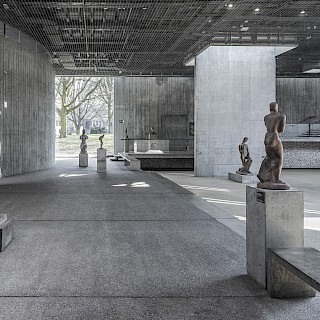