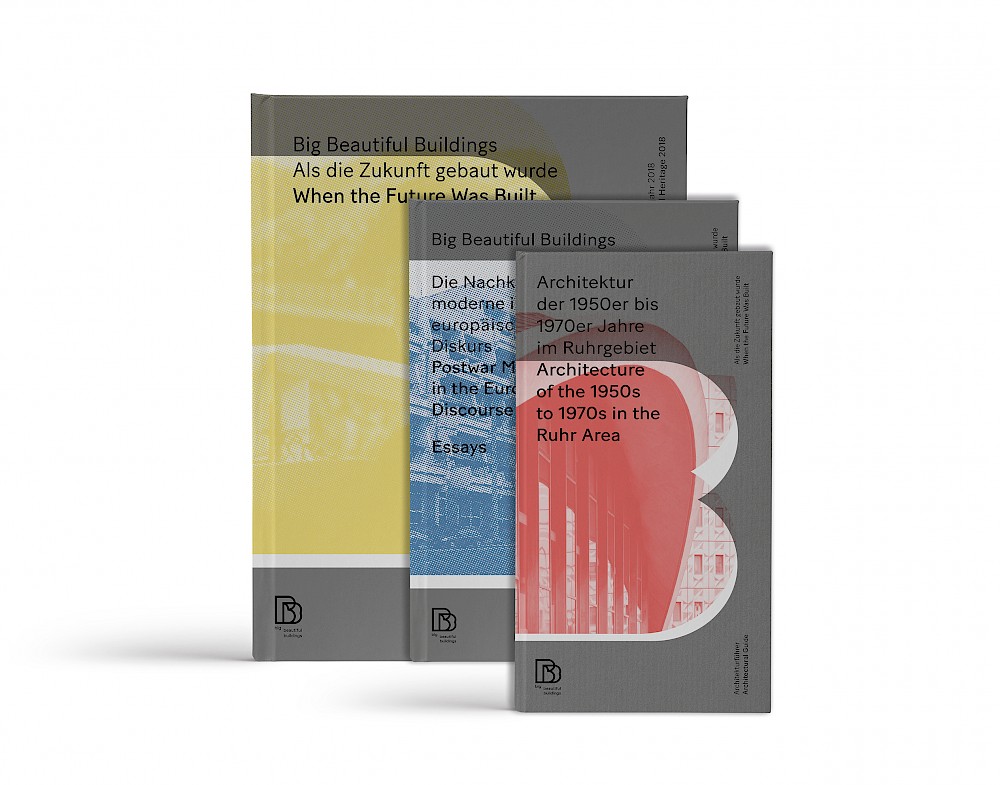 On 5 December 2019, the three-part project documentation for the Big Beautiful Buildings campaign "Architecture of the 1950s to 1970s in the Ruhr Area. When the future was built" will be published with the publishing house Kettler, Dortmund.

Leaving the past behind and building a better future - that was the spirit that shaped the post-war period. In many European countries things were not only going up economically, the 1950s to 1970s were also incomparably innovative in science, culture and society. Today, this period has long since become history, but its architecture has remained: modern schools, universities and town halls, churches, department stores and housing estates. They were buildings for a better future, now they are the legacy of the past.

Like hardly any other region, the Ruhr region is characterised by post-war buildings and settlement structures. After the Second World War, reconstruction, economic growth and technical progress made the Ruhrgebiet a laboratory for architectural and urban innovations.

The illustrated book documents the campaign "Big Beautiful Buildings. Als die Zukunft gebaut wurde" ("When the future was built"), which was carried out in the Ruhr area as part of the European Cultural Heritage Year 2018. For one year, the Big Beautiful Buildings were in the public spotlight. Large and small, well-known and unknown, striking and inconspicuous buildings could be rediscovered in the Metropole Ruhr, accompanied by extensive information and a programme of art, culture and entertainment.

The essays document two building blocks of the project "Big Beautiful Buildings. When the Future Was Built": the findings from the International Conference of the same name in Bochum, which was also the annual conference of the NRW Urban Heritage Conservation Section, as well as the professional reflection of the actors from the European network, which was founded in 2018, the European Cultural Heritage Year, and which is intended to establish European exchange on post-war modern themes.

The architectural guide would like to invite you to rediscover this forgotten architectural epoch of the Ruhr region. A total of 54 objects in 17 cities were selected for the book, newly photographed and described. In their entirety, they form a multi-layered and comprehensive picture of their epoch.

Pre-orders are already possible at www.verlag-kettler.de.