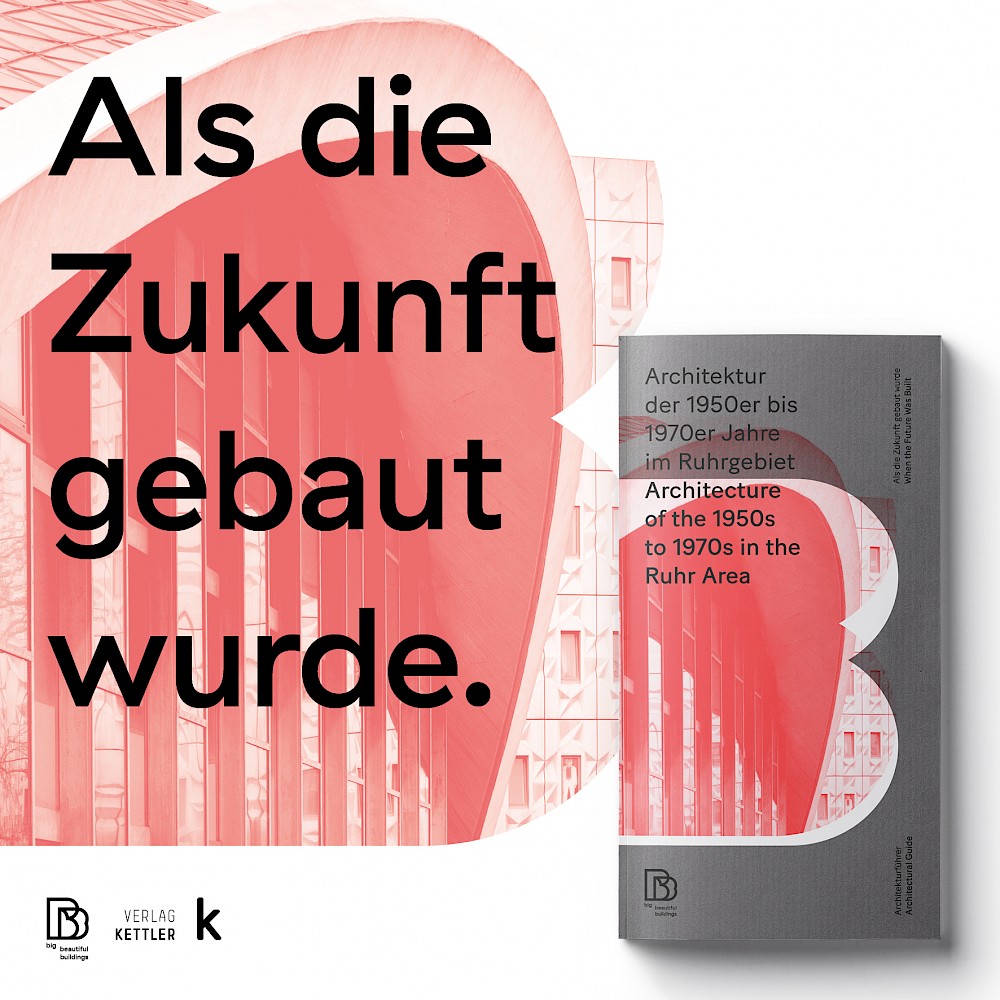 On 17 June 2019, the first book of the three-part project documentation for the Big Beautiful Buildings campaign will be published: "Architecture of the 1950s to 1970s in the Ruhr Area. When the future was built" at the publishing house Kettler, Dortmund.

The architecture guide aims to help experts and interested laymen rediscover a forgotten architectural epoch in the Ruhr region. 54 objects in 17 cities are presented in short texts and large-scale photographs. Supplementary references to other buildings invite visitors to take a detour through the region. In order to present a multi-layered and balanced picture of the building epoch depicted, but without claiming to be complete, the selected projects include some well-known, but above all many unknown and surprising buildings. The object descriptions are supplemented by short texts in both German and English, which explain the historical and architectural context.

The European cultural heritage year 2018 has come to an end, but the "Big Beautiful Buildings" remain an integral part of our built environment - not as historical artefacts or architectural curiosities, but as buildings that have their place in the contemporary city.

The other parts of the project documentation will also be published by Kettler Verlag, Dortmund, in summer 2019.

Further information can be found at: www.verlag-kettler.de