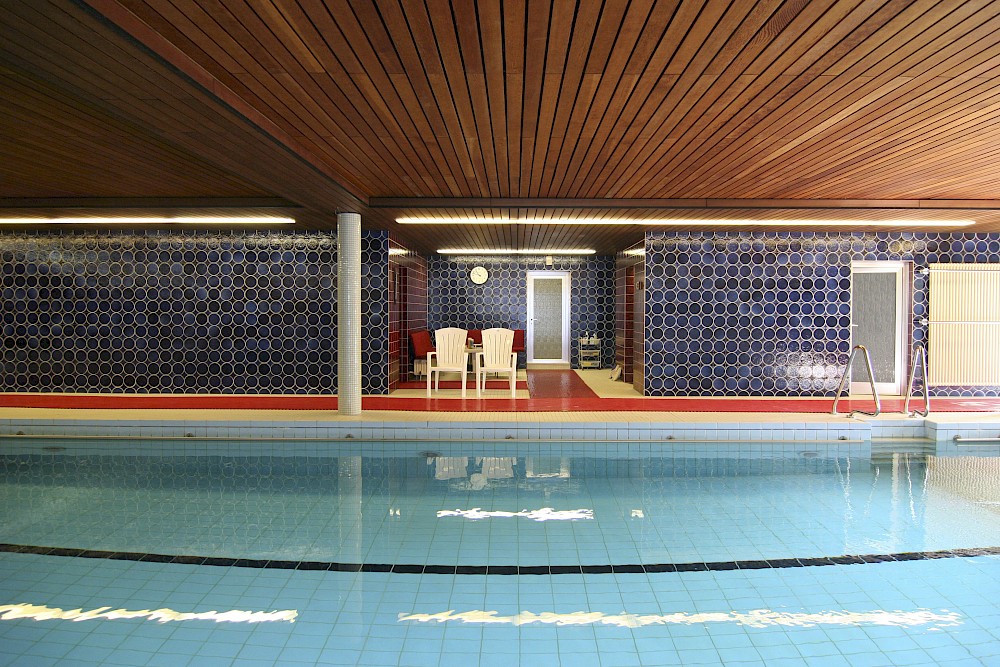 The architect Richard Schmalöer developed an early penchant for architecture. He was particularly fond of private swimming pools from the time of the German economic miracle, which - as underground temples of leisure - tell of the prosperity and regained self-confidence of a post-war generation.

In the period from 17.08.-21.09.2018 the detached house at Sckellstraße 12 opens the rooms of the underground swimming pool, which was placed in 1966 by the architect Wilhelm Menne under the garden of Karl Quebbemann's 8 years older house.
In this swimming pool room, currently not filled with water, the architectural office SCHAMP & SCHMALÖER shows photos from the book published by Richard Schmalöer "Schwimmen in Geld - private indoor swimming pools of the German economic miracle". Over a period of more than 10 years, Richard Schmalöer has repeatedly had swimming pools from the three decades of the last century documented photographically and has collected a selection of pictures and objects that were rarely accessible to the public. No other building type documents more clearly how the young Federal Republic changed from the 1950s to the 1970s, how quickly a higher standard of living, if not a certain decadence, has grown up again from the crisis years.


"Schwimmen in Geld" is part of the double exhibition - Architecture meets Art, which also includes DOPPELPLUSMODERN.