The Church Heilige Familie (Holy Family) was built in 1955-58 by Rudolf Schwarz and Josef Bernard in the western part of Alt-Oberhausen. Not far from the main station, it is located in an industrial district bounded by railway embankments.

The flat-roofed hall church on a square ground plan was built of brick and concrete. In front of it is a lower porch, which was used as a weekday church with confessionals and baptismal fonts. In another extension was the sacristy.

The main room has a length of approx. 25 x 25 metres. The church is the only preserved centralized-plan church by Rudolf Schwarz. As one of the first post-war Catholic buildings, the altar was placed in the middle of the room – even before the liturgical reforms following the Second Vatican Council. The congregation surrounded the altar on three sides. This suggests the image of a table where the faithful come together for a meal like a family. The organ, inaugurated in 1961, is located on the fourth side of the square altar platform. 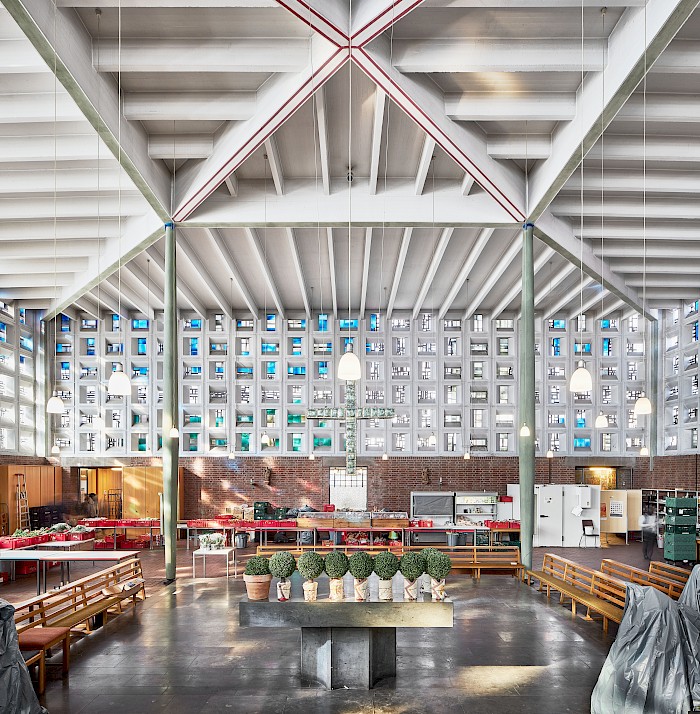 Above this, a ribbed concrete ceiling extends like a canopy over four slender concrete columns. The base area of the 9 metre high side walls is made of brick. The upper part consists of rectangular concrete blocks with coloured glass surfaces designed by the artist Wilhelm Buschulte. This surrounding band of windows illuminates the church interior evenly and creates the impression of a bright, wide horizon above the protective brick walls. 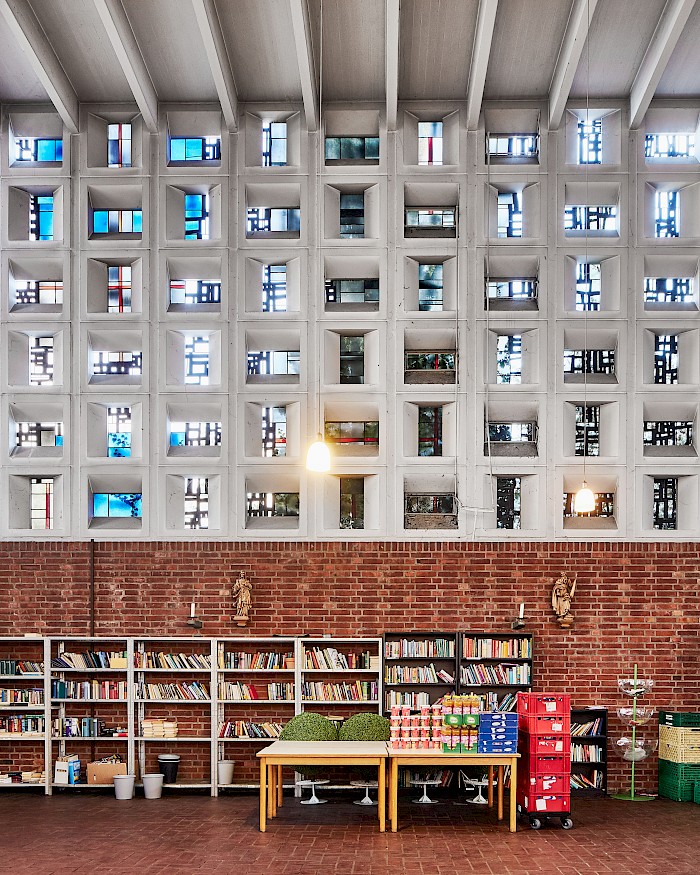 In 2003 the Rectorate Parish of the Heilige Familie was dissolved and united with the parish of St. Katharina. Four years later the last fair was celebrated. Since 2008, the Oberhausener Tafel has been using the church to distribute food to people in need. „Tafel“ is a German word for table and the name of a food bank operating in many German towns. As a so-called Tafelkirche, the church continues to follow the original idea of gathering people around the table of life. 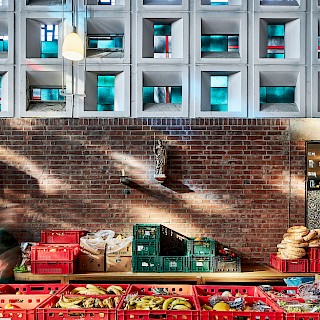 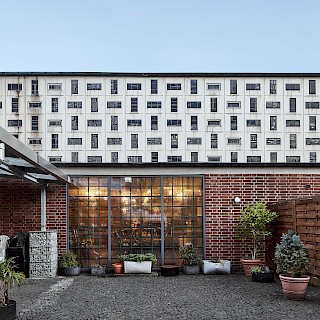