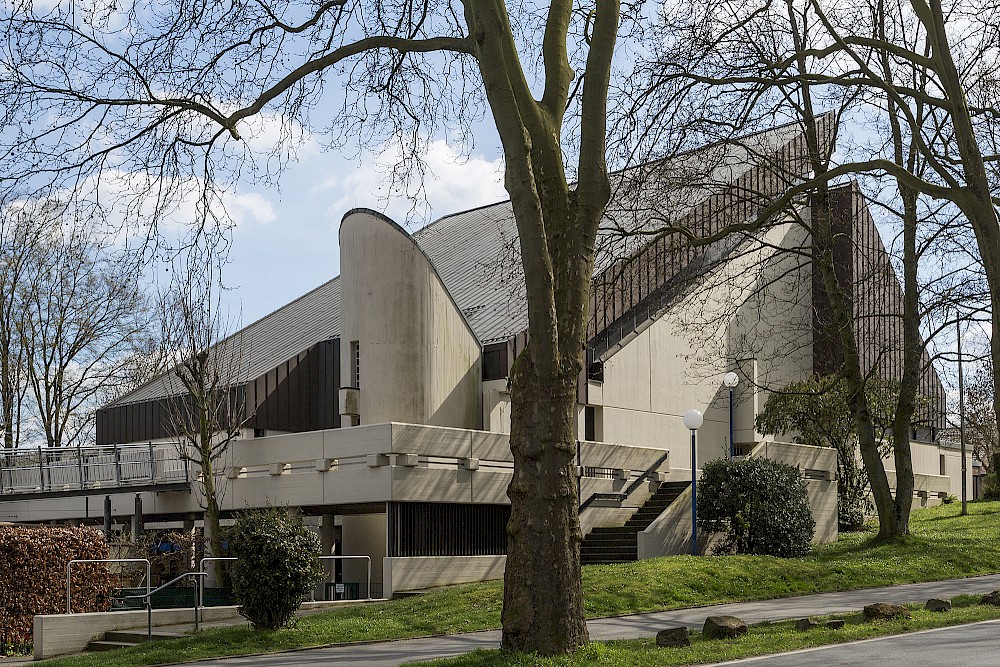 After the creation of new residential areas in Dortmund-Benninghofen in the 1960s, appropriate church construction was also needed. In 1967, a panel of experts selected the avant-garde design of Theo Schwill, who had already built the churches St. Martin and St. Meinolfus in Dortmund. The church of St. Benno, consecrated in 1972, has a parish centre, as is typical of this period.

In order to intercept the northward sloping terrain, Theo Schwill erected a large terrace on supports, which can be entered via a wide staircase framed with exposed concrete. From here you can enter the church as well as from the southern entrance at the forecourt. Exterior and interior spaces are characterized by asymmetries. Above the almost square ground plan are two pent roofs with different heights oriented towards each other. In addition, there are projections and recesses in the façade. In the north there is a round staircase with a steep pent roof. The original slate roofs were replaced by copper roofs in 2004/2005.

Inside the church there is an interplay of materials: The wooden ceiling forms a harmonious contrast to the industrially manufactured concrete parts of the side walls and the brick red tiled floor. Natural light falls through a large window in the north and through a light band that is created by the height offset of the roof elements in the ridge and is continued under the roof surfaces so that they appear to float. The chancel is additionally illuminated by high stained glass windows. In the tabernacle, which protrudes freely from the wall into the room, and in the cross stela on the rear wall, a close connection between art and architecture can be seen.

The raw character of the exposed concrete did not only meet with supporters in the parish. Hence, at the end of 1989/1990, the decision was made for a rainbow-coloured colouring that strongly altered the spatial impression. 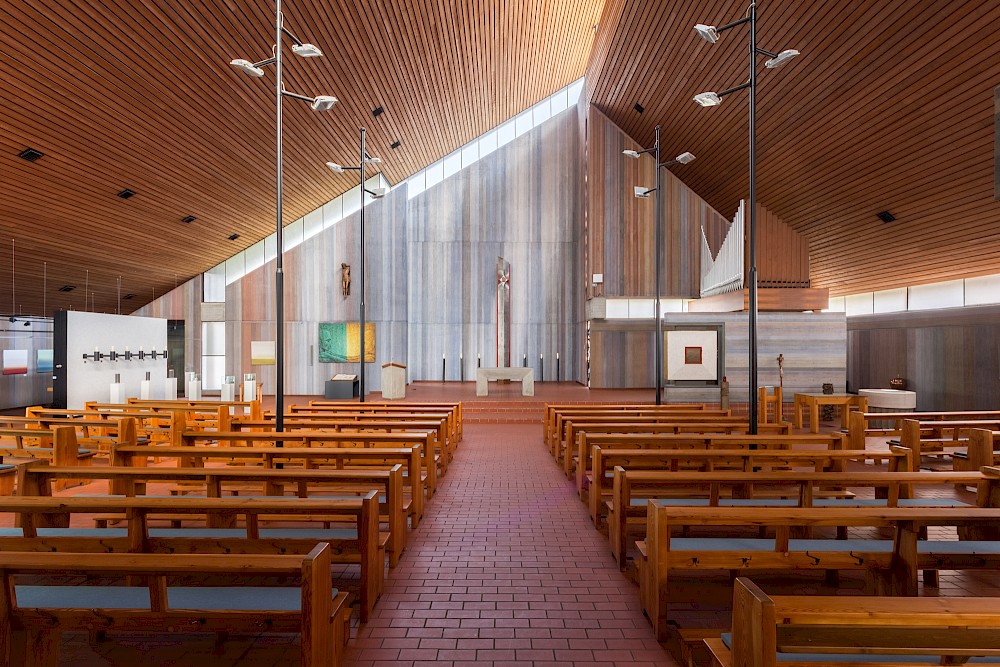 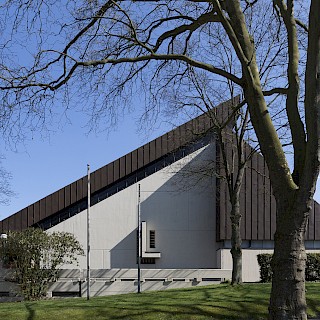 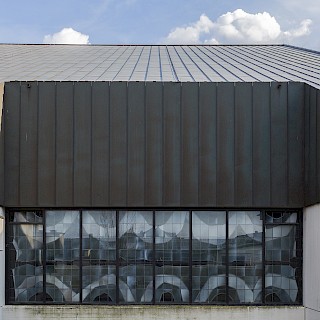 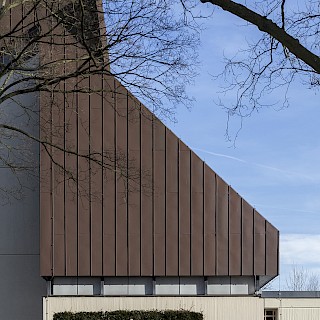 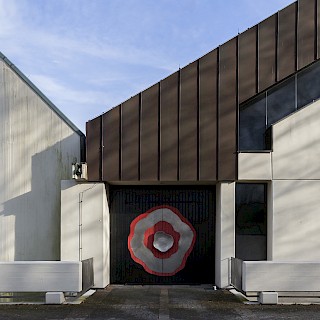 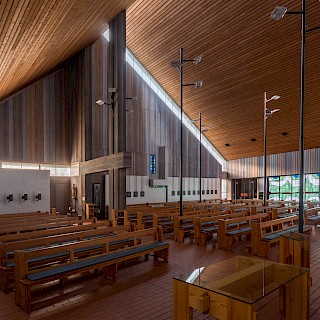 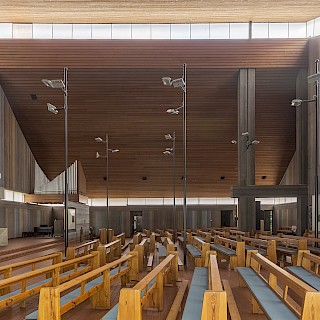 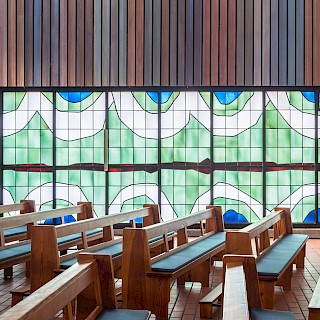