Residential and commercial building with pavilion 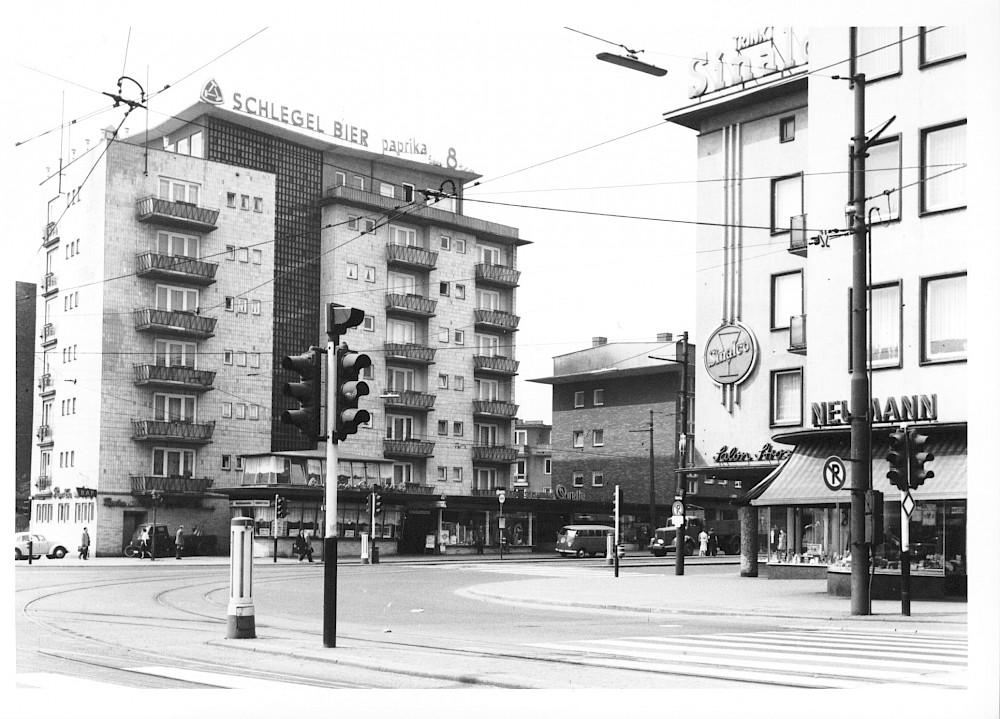 In a prominent location in downtown Bochum, at the intersection Viktoriastrasse/Südring, a residential and commercial building with a pavilion was built in the mid-1950s.
In the ground floor zone of the eight-storey main building there is a row of shops under a cantilevered roof, while the penthouse-like staggered floor with its large roof terraces originally had a café that gave its guests an impressive view of the city. In between, mainly one-room apartments were built with social housing funds. Only three apartments were more spacious, including the two-room apartment next to the café, which was occupied by the owner. 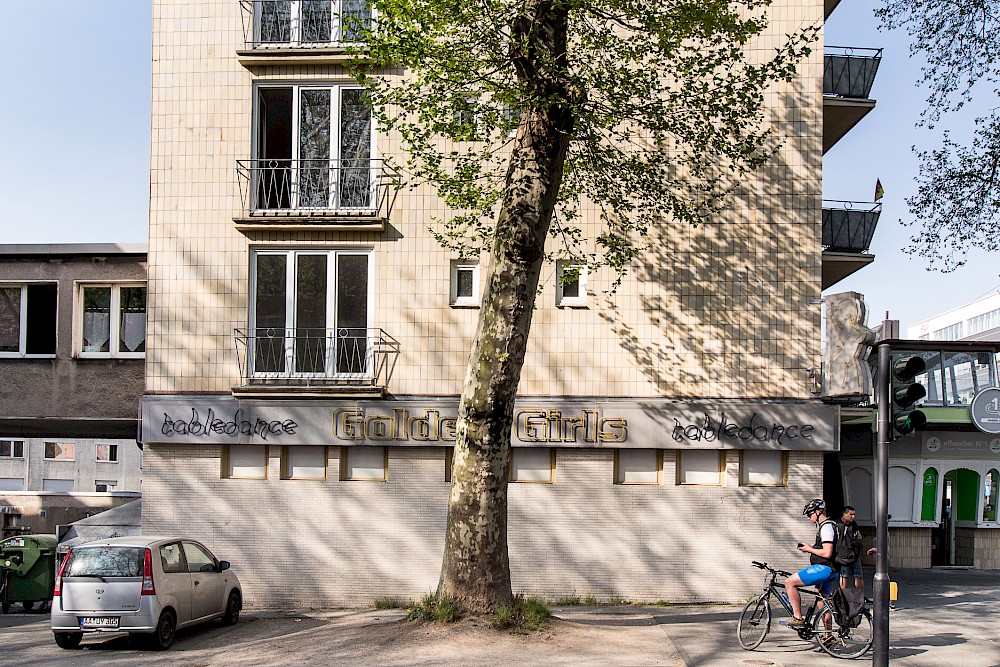 The facade is vertically structured by recessed balcony axes. Loggias are formed at the back, balconies are preferred on Viktoriastraße. A strong accent here is also the staircase glazing made of glass blocks, which was originally continued in the staggered floor on the outer wall of the café. The original cladding of the facades on the street side, made of highly rectangular beige-coloured tiles, is only partially preserved today, as is the red paint of the penthouse zone.

After the café was converted into apartments, its outer walls were clad with red Eternit panels. The shop window fronts, windows and front doors have also been modernised. 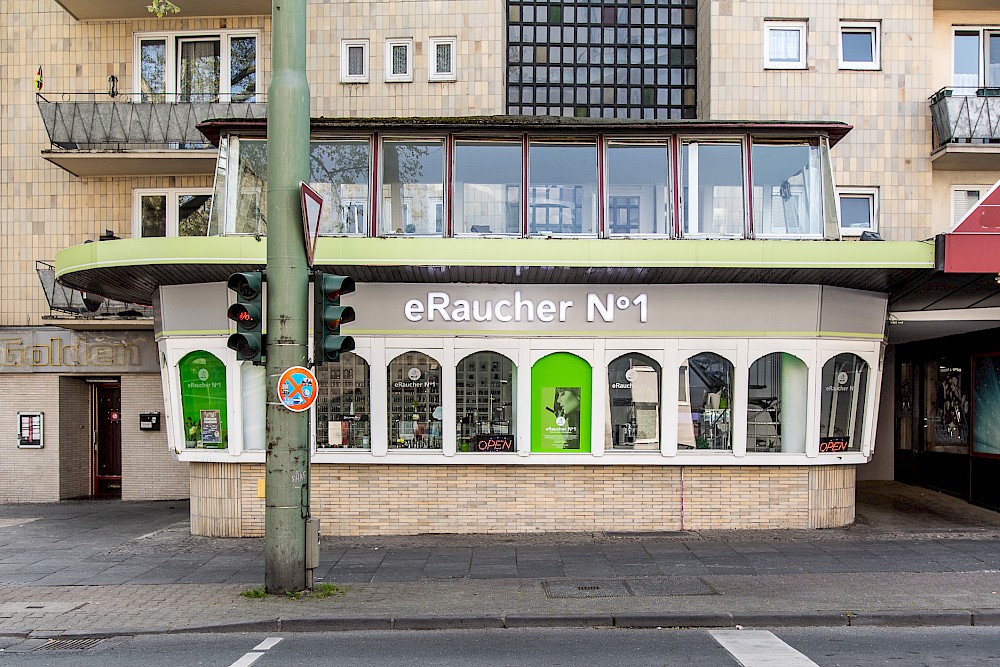 In front of the house stands the two-storey pavilion on an oval ground plan, which is integrated into the cantilever roof of the shop area. The largely glazed building has been used over the years by several restaurateurs, who also changed the external appearance of the building.