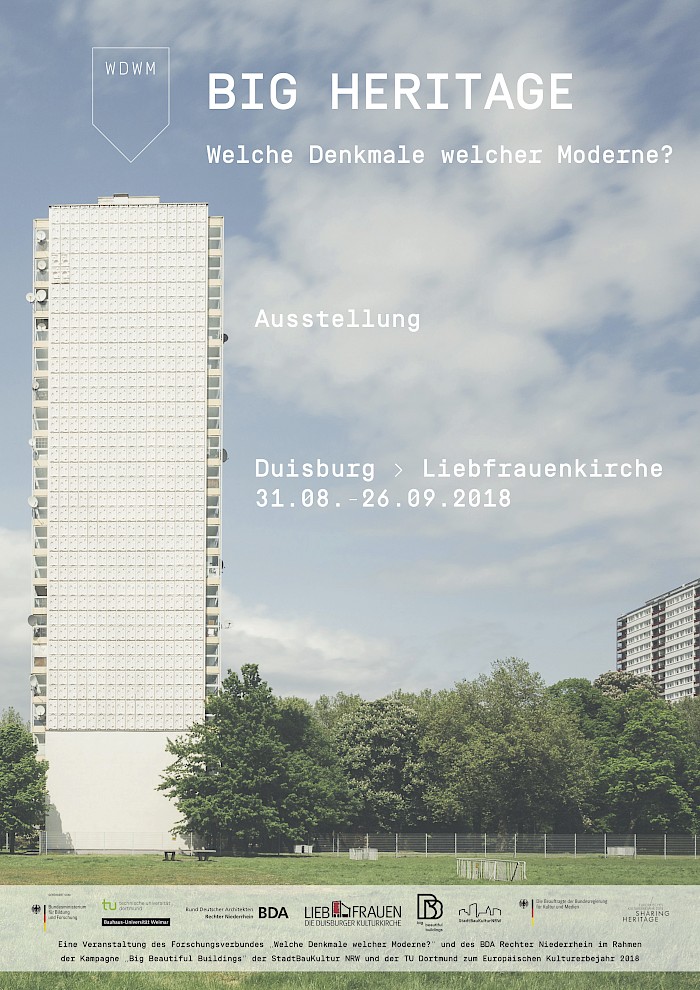 Churches, Castles and half-timbered houses are today undisputedly regarded as architectural monuments. But how is the value of large housing estates, shopping centres or campus universities assessed? Two thirds of the buildings in Germany were constructed between 1949 and 2000, more than half of them until 1980 alone. As such, it has been increasingly focusing on the preservation of historical monuments in numerous European countries for a good two decades. The exhibition "BIG HERITAGE. Which monuments of which modernity" gives an insight into the debates on monuments of post-war modernism on the basis of selected European examples. 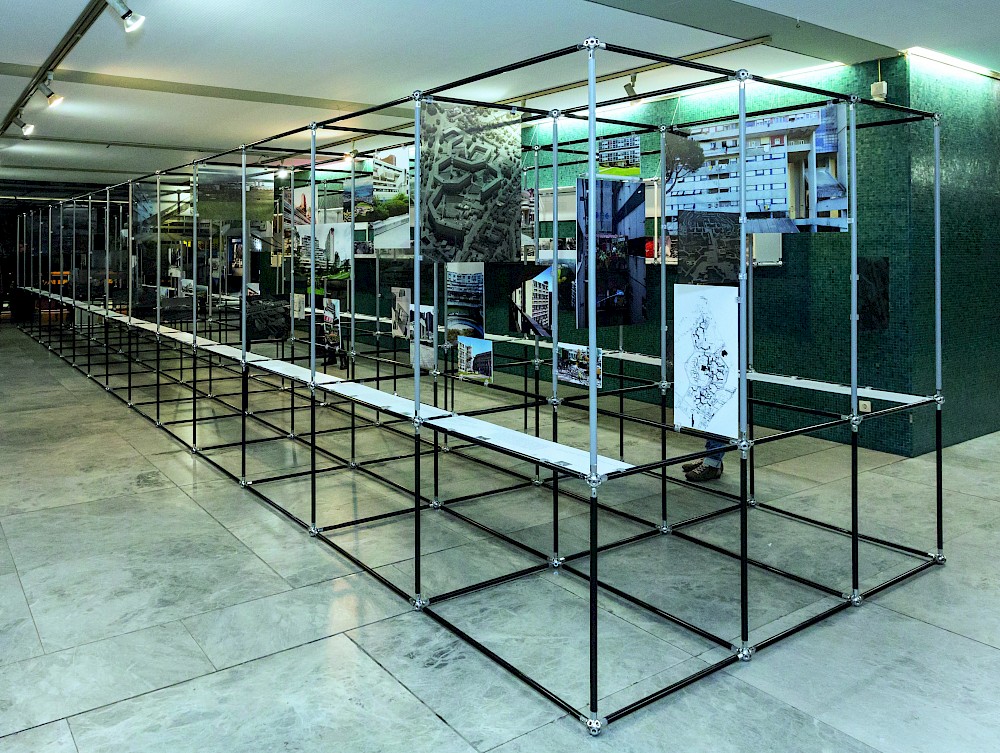 Today many of these buildings are controversial. Some large structures are even acutely endangered in their continued existence. They threaten to disappear even before society has even become aware of their historical, artistic or social significance.

Which of these buildings should be monuments and why? Within Europe, the procedures for the designation of monuments vary widely. On the basis of selected objects from all over Europe it is shown that and how currently the monument worthiness of large architectures is disputed. Is it about social achievements, art or technical progress? What importance do experts attach to buildings? Do the inhabitants associate memories with it, even a feeling of home? What are the motives on which these buildings are particularly appreciated?

This is not just about the alternative of preservation or demolition. Society must ask itself whether and how it wants to tie in with the utopian promise of modernity. Because the challenges of those days still exist. The question arises as to appropriate handling strategies for the BIG HERITAGE: Preserving, reconstructing or core renovation? Reuse or tear off? Many actors are involved in these negotiation processes: Residents, users and owners, architect, monument conservators and not least the politics.
[Further reading: S. Hnilica: Der Glauben an das Große in der Architektur der Moderne. Großstrukturen der 1960er und 1970er Jahre, Zurich 2018.]

With the European Cultural Heritage Year 2018, the European Commission has called for awareness of our rich common heritage and a willingness to preserve it. Large-scale architecture is a pan-European phenomenon and was developed in different social systems after 1945. It embodies the optimism of a progress-oriented modernity to design a better world with the means of architecture. The history of European architecture in the so-called boom years after the Second World War is a history of superlatives: large investments, serial production and ambitious social concepts. 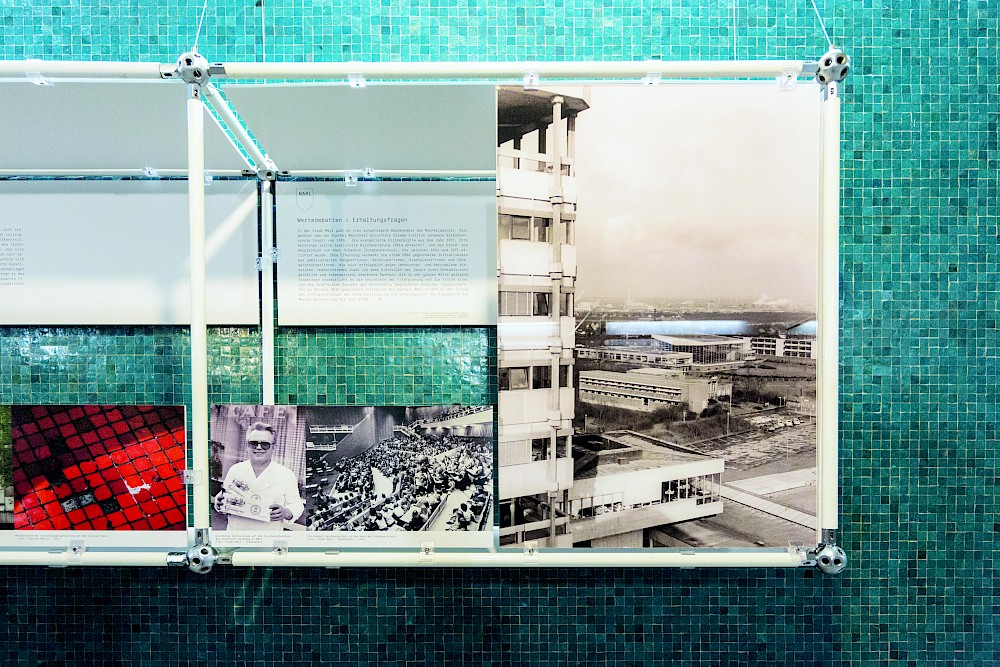 The Research Association "WDWM - Welche Denkmale welcher Moderne" (Which Monuments of Which Modernity?) The WDWM research association is a cooperative project between the Bauhaus University Weimar and the Technical University Dortmund. It was funded by the Federal Ministry of Education and Research in 2014-2017 and brought together scientists from the fields of architecture, monument preservation, art history and social science urban research.